Born in London, he was the eldest son of Thomas Tomlins (d. 1815), solicitor and clerk to the Company of Painter-Stainers, descended from the family of Tomlins in the neighbourhood of Ledbury in Herefordshire [1] and of Hereford. Thomas Edlyne was admitted a scholar at St Paul's School, London on 21 September 1769. He matriculated at The Queen's College, Oxford, on 27 October 1778, and was called to the bar by the society of the Inner Temple in the Hilary term of 1783. [2] 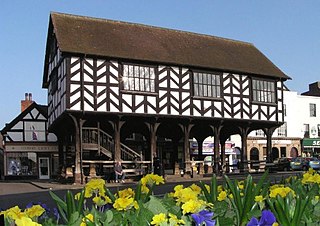 Ledbury is a market town and civil parish in the county of Herefordshire, England, lying east of Hereford, and west of the Malvern Hills.

For some years Tomlins was editor of the St. James's Chronicle , a daily newspaper, and on 30 May 1801 he was appointed counsel to the chief secretary for Ireland. In the same year he became parliamentary counsel to the Chancellor of the Exchequer for Ireland, a post which he retained until the union of the British and Irish treasuries in 1816. He was knighted at Wanstead House on 29 June 1814, on the recommendation of the Duke of Wellington, and in 1818 was appointed assistant counsel to the treasury. In Hilary term 1823 he was elected a bencher of the Inner Temple, and in 1827 he filled the office of treasurer to the society. In January 1831, on the Whigs coming into office, he retired from his post in the treasury. [2]

Wanstead House was a mansion built to replace the earlier Wanstead Hall. It was commissioned in 1715, completed in 1722 and demolished in 1825. Its gardens now form the municipal Wanstead Park in the London Borough of Redbridge. 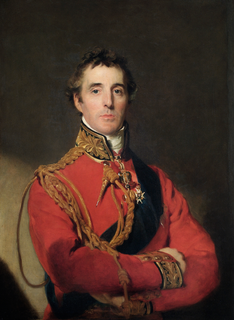 Arthur Wellesley, 1st Duke of Wellington, was an Anglo-Irish soldier and Tory statesman who was one of the leading military and political figures of 19th-century Britain, serving twice as Prime Minister. He won a notable victory against Napoleon at the Battle of Waterloo in 1815.

St Mary's Church, Castlegate, York is a Grade I listed former parish church in the Church of England in York. 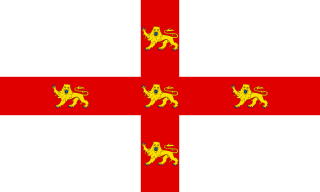 York is a city and unitary authority area in North Yorkshire, England, the population of the council area which includes nearby villages was 208,200 as of 2017 and the population of the Urban area was 153,717 at the 2011 census. Located at the confluence of the Rivers Ouse and Foss, it is the county town of the historic county of Yorkshire. The city is known for its famous historical landmarks such as York Minster and the city walls, as well as a variety of cultural and sporting activities, which makes it a popular tourist destination in England. The local authority is the City of York Council, a single tier governing body responsible for providing all local services and facilities throughout the city. The City of York local government district includes rural areas beyond the old city boundaries. It is about 20 miles north-east of Leeds.

Tomlins was the author of: [2]

He also superintended several editions of Giles Jacob's Law Dictionary; his last edition of it was joint work with Alexander Annesley. [3] He edited Josiah Brown's Reports of Cases on Appeals and Writs of Error determined in the High Court of Parliament (London, 1803), and, as sub-commissioner of the records, took a major part in editing the Statutes of the Realm (9 vols. 1810–24). [2] Jointly with his sister Elizabeth Sophia Tomlins he published a collection of short poems, Tributes of Affection by a Lady and her Brother, in 1797.

Alexander Annesley, was an English legal and political writer of the late eighteenth century.

Elizabeth Sophia Tomlins (1763–1828), was born in 1763. In 1797 her brother, later Sir Thomas Edlyne Tomlins (1762–1841), published ‘Tributes of Affection by a Lady and her Brother’, a collection of short poems, most of them by her. Besides contributing several pieces to various periodical publications, she was the author of several novels, of which the most popular was ‘The Victim of Fancy,’ an imitation of Goethe's ‘Werther.’ Others were ‘The Baroness d'Alunton,’ and ‘Rosalind de Tracy,’ 1798, 12mo. She also translated the ‘History of Napoleon Bonaparte’ from one of the works of Louis Pierre Anquetil. Miss Tomlins died at The Firs, Cheltenham, on 8 August 1828. 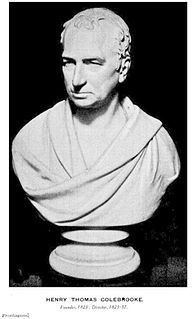 Cyrus Redding was a British journalist and wine writer. 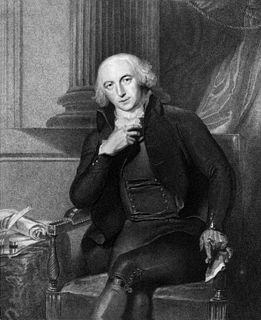 Sylvester Douglas, 1st Baron Glenbervie of Kincardine PC, KC, FRS, FRSE, FSA was a British lawyer, politician and diarist. He was Chief Secretary for Ireland between 1793 and 1794.

James Norris Brewer, was an English topographer and novelist.

George Crabb (1778–1851) was an English legal and miscellaneous writer. 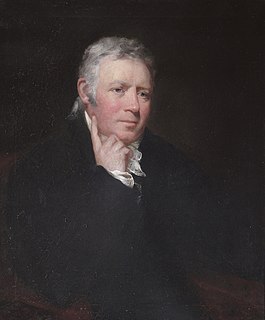 William Fordyce Mavor was a Scottish teacher, priest and compiler of educational books, many of which passed through numerous editions. He also invented a system of shorthand, which he explained in a treatise entitled ‘Universal Stenography’, first published in 1779. He is buried in the church at Woodstock, Oxfordshire, where there is a commemorative plaque.

John Corry was an Irish topographer and historian writer. Among his other works he wrote and published The Life of George Washington, first published in 1800.

Thomas Walter Williams (1763–1833) was an English barrister, known as a legal writer.

Edward Hovell-Thurlow, 2nd Baron Thurlow (1781–1829), was the 2nd Baron Thurlow, known also as a poet. In 1814 he assumed by Royal licence the additional surname of Hovell, in commemoration of his ancestor Sir Richard Hovell.