Born in Northumberland County,Ontario,he was a pharmacist before being elected to the House of Commons of Canada representing the Manitoba riding of Neepawa in the 1925 federal election. A Conservative,he was defeated in the 1926 election by Progressive Robert Milne. He defeated Milne in the 1930 federal election to return to Parliament and was appointed to the Cabinet of R.B. Bennett. He was defeated in the 1935 and 1940 elections. From 1930 to 1935,he was the Superintendent-General of Indian Affairs and Minister of the Interior.

Liberal-Progressive was a label used by a number of candidates in Canadian elections between 1925 and 1953. In federal and Ontario politics,there was no Liberal-Progressive party:it was an alliance between two parties. In Manitoba,a party existed with this name.

The United Farmers of Alberta (UFA) is an association of Alberta farmers that has served different roles in its 100-year history –as a lobby group,a successful political party,and as a farm-supply retail chain. As a political party,it formed the government of Alberta from 1921 to 1935. 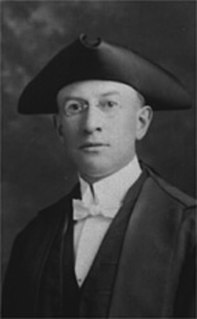 Edgar Nelson Rhodes,,was a Canadian parliamentarian from Nova Scotia who served as Premier of Nova Scotia from 1925 to 1930.

The 1935 Canadian federal election was held on October 14,1935,to elect members of the House of Commons of Canada of the 18th Parliament of Canada. The Liberal Party of William Lyon Mackenzie King won a majority government,defeating Prime Minister R. B. Bennett's Conservatives.

The 1930 Canadian federal election was held on July 28,1930,to elect members of the House of Commons of the 17th Parliament of Canada. Richard Bedford Bennett's Conservative Party won a majority government,defeating the Liberal Party led by Prime Minister William Lyon Mackenzie King. 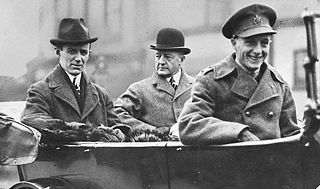 Neepawa was a federal electoral district in Manitoba,Canada,that was represented in the House of Commons of Canada from 1917 to 1949.

Maurice Dupré,PC was a Canadian politician. 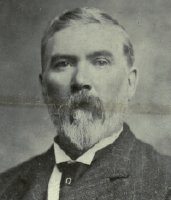 John Herron was a politician from Western Canada.

Donald MacBeth Kennedy was a Canadian farmer as well as a provincial and federal level Canadian politician representing Albertans. He was a UFA MLA 1921-1922 and a Progressive/UFA MP 1921–1935.

Joseph Miville Dechêne was a Canadian farmer and politician who served at all three levels of government. He served as a councillor of the town of Bonnyville from 1928 to 1934,as a Liberal MLA in the Legislative Assembly of Alberta from 1921 to 1926 and again from 1930 to 1935,and as a Liberal MP in the House of Commons of Canada from 1940 to 1958.

Robert Milne was a farmer who sat in House of Commons of Canada during the 1920s as a Progressive Party MP.

Burt Wendell Fansher was a Progressive party member of the House of Commons of Canada who,in the 1935 federal election,ran as a Reconstruction Party candidate. He was born in Florence,Ontario and became a farmer.

William Samuel Murphy was an Independent Conservative member of the House of Commons of Canada. He was born in Portland,Ontario and became a physician.

Thomas Charles Milnes was a Canadian provincial politician from Alberta. He served as a member of the Legislative Assembly of Alberta from 1921 to 1925 sitting as an Independent and as Mayor of Claresholm from 1910 to 1911.