Thomas Herbert, 8th Earl of Pembroke and 5th Earl of Montgomery, KG , PC , PRS (c. 1656 –22 January 1733), styled The Honourable Thomas Herbert until 1683, was an English and later British statesman during the reigns of William III and Anne.

Herbert was the third son of Philip Herbert, 5th Earl of Pembroke and his wife Catharine Villiers, daughter of Sir William Villiers, 1st Baronet. He was educated at Tonbridge School, Kent. Both of his brothers (the 6th Earl and the 7th Earl) having died without a male heir, he succeeded to the earldoms in 1683.

Herbert was returned unopposed as Member of Parliament for Wilton at the two general elections of 1679 and the general election of 1681. [1] He was no longer able to sit in the House of Commons after assuming the peerage in 1683. From 1690 to 1692 as Lord Pembroke, he was First Lord of the Admiralty. He then served as Lord Privy Seal until 1699, being in 1697 the first plenipotentiary of Great Britain at the congress of Ryswick. On two occasions he was Lord High Admiral for a short period; he was also Lord President of the Council and Lord Lieutenant of Ireland, while he acted as one of the Lords Justices seven times; and he was President of the Royal Society in 1689–1690. [2] He is the dedicatee of John Locke's An Essay Concerning Human Understanding and Thomas Greenhill's The Art of Embalming. 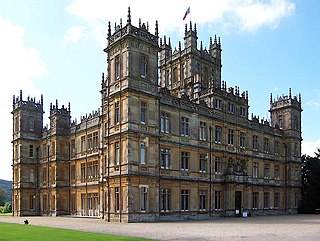 Highclere Castle is a country house built in the Jacobethan style by the architect Charles Barry in the 19th century, with a park designed by Capability Brown in the 18th century. The 5,000-acre (2,000 ha) estate is in Hampshire, England, about 5 miles (8 km) south of Newbury, Berkshire. It is the country seat of the Earl of Carnarvon, a branch of the Anglo-Welsh Herbert family.

Sidney Herbert, 14th Earl of Pembroke, 11th Earl of Montgomery,, styled The Honourable Sidney Herbert between 1861 and 1895, was a British politician and peer. 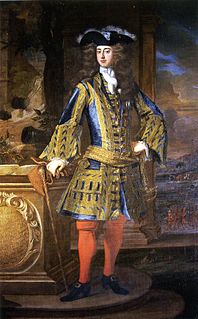 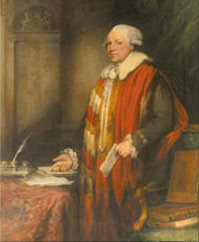 Trerice is an historic manor in the parish of Newlyn East, near Newquay, Cornwall, United Kingdom. The surviving Tudor manor house known as Trerice House is located at Kestle Mill, three miles east of Newquay. The house with its surrounding garden has been owned by the National Trust since 1953 and is open to the public. The garden features an orchard with old varieties of fruit trees.

Sir Thomas Slingsby, 2nd Baronet, of Scriven in Yorkshire, was an English landowner and Member of Parliament. 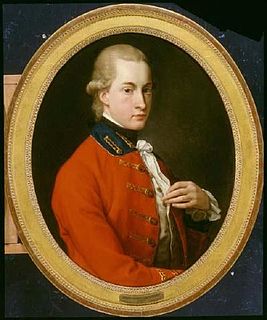 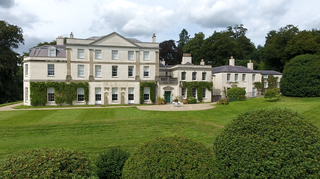 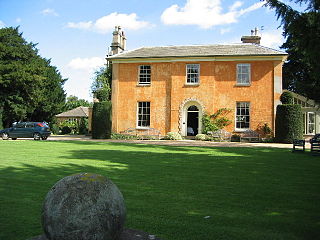 John Arundell, 2nd Baron Arundell of Trerice of Trerice, Cornwall, was an English politician who sat in the House of Commons at various times between 1666 and 1687 when he inherited his peerage.

Major-General The Hon. William Herbert was a British Army officer and politician. He was the fifth son of Thomas Herbert, 8th Earl of Pembroke by his wife Margaret, daughter of Sir Robert Sawyer of Highclere. 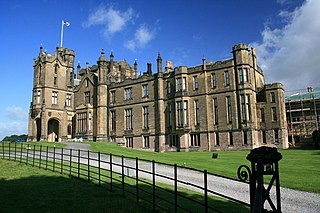 The Honourable Richard Arundell was an English courtier administrator and politician who sat in the House of Commons from 1720 to 1758.

Hon. Nicholas Herbert was a British politician who sat in the House of Commons between 1740 and 1774. 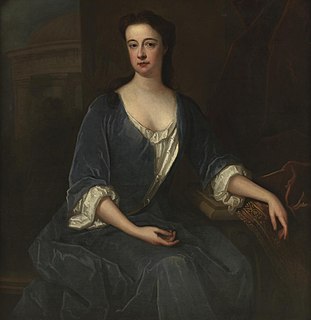 Barbara Herbert, Countess of Pembroke was a British court official and noble, the second wife of Thomas Herbert, 8th Earl of Pembroke.

Robert Sawyer Herbert of Highclere, Hampshire, was a British politician who sat in the House of Commons for 46 years from 1722 to 1768.