Thomas Köner (born 1965 in Bochum, West Germany) is a multimedia artist whose main interest lies in combining visual and auditory experiences. The BBC, in a review of Köner's work in 1997, calls him a "media artist," one who works between installation, sound art, ambient music and as one half of Porter Ricks dub techno. [1] A noted characteristics of Köner's dark ambient style are low drones and static soundscapes evocative of desolate, Arctic places. [2]

During Köner's exhibition at the Musée d'art contemporain de Montreal, the museum described him as a major innovator in the contemporary music scene, as well as noted his collaborative practice which has led to his working with musicians, filmmakers and visual artists on installations and sound performances, and to his creation of six video works produced in two cycles, starting in 2003. [3]

2009 Köner created The Futurist Manifesto, a digital opera, to coincide with the 100 year anniversary of the famous manifesto published in 1909 by Filippo Tommaso Marinetti. This work has been performed live several times in festivals across Europe with Carl Faia and Iris Garrelfs.

as Porter Ricks (with Andy Mellwig)

House is a genre of electronic dance music with a repetitive, 4/4 beat, usually with 120-130 beats per minute. It was created by disc jockeys and music producers from Chicago's underground club culture in the early and mid 1980s, as DJs from the subculture began altering disco dance tracks to give them a more mechanical beat and deeper basslines. As well, these DJs began to mix synth pop, rap, Latin music, and even jazz into their tracks.

Glitch is a genre of electronic music that emerged in the 1990s. It has been described as a genre that adheres to an "aesthetic of failure," where the deliberate use of glitch-based audio media, and other sonic artifacts, is a central concern. 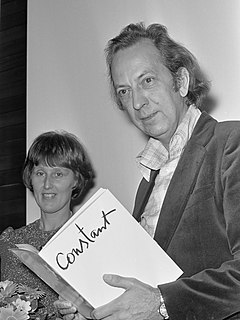 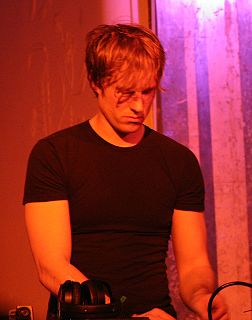 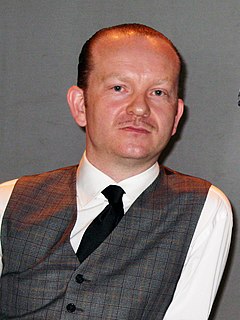 Uwe H. Schmidt, also known as Atom™, Atom Heart, or Señor Coconut, is a German composer, musician and producer of electronic music. He is often regarded as the father of electrolatino, electrogospel, and aciton music. In the nineties, Schmidt moved to Chile and developed part of his career there, adopting the alias Mr. Coconut.

monochrom is an international art-technology-philosophy group, publishing house and film production company. monochrom was founded in 1993, and defines itself as "an unpeculiar mixture of proto-aesthetic fringe work, pop attitude, subcultural science and political activism". Its main office is located at Museumsquartier/Vienna. 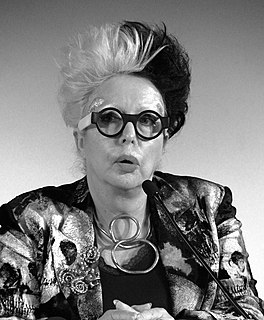 ORLAN is a French contemporary artist best known for her work with plastic surgery in the early to mid-1990s. She is known as a pioneer of carnal art, a form of self-portraiture that utilizes body modification to distort one's appearance. She adopted the pseudonym "ORLAN" in 1971.

Electronic dance music (EDM), also known as dance music, club music, or simply dance, is a broad range of percussive electronic music genres made largely for nightclubs, raves and festivals. It is generally produced for playback by disc jockeys who create seamless selections of tracks, called a mix, by segueing from one recording to another. EDM producers also perform their music live in a concert or festival setting in what is sometimes called a live PA. 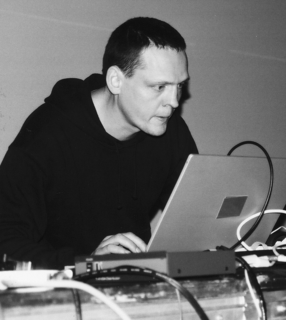 Carsten Nicolai, known as Alva Noto, is a German musician. He is a member of the music groups Diamond Version with Olaf Bender (Byetone), Signal with Frank Bretschneider and Olaf Bender, Cyclo with Ryoji Ikeda, ANBB with Blixa Bargeld and Alva Noto + Ryuichi Sakamoto with whom he composed the score for the 2015 film The Revenant. 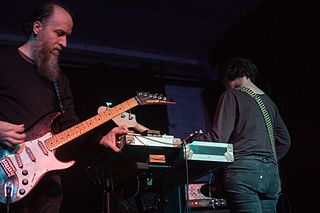 Nadja is a duo of Aidan Baker and Leah Buckareff. Nadja began in 2003 as a solo project for Baker to explore the heavier/noisier side of his experimental/ambient music performed mainly on the electric guitar. In 2005 Buckareff joined in order to make the project more than just a studio endeavour and to allow Nadja to perform live.

Permafrost is the third solo album from German ambient music producer, Thomas Köner. Considered by many as his greatest work, he further develops the icy drone style of previous works, making its climax in the title track. In 1996, the album was re-issued by Mille Plateaux along with his previous album, Teimo, on one disc.

Nuuk is the fifth solo album from German ambient music producer, Thomas Köner. Originally released in 1997 as a part of the Driftworks 4-CD box set, it was re-released in 2004 by Mille Plateaux with a DVD containing films made from still images to accompany the music. 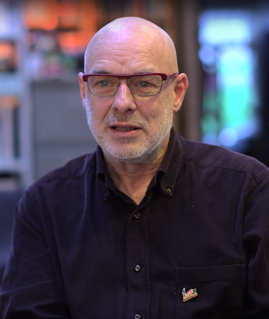 Brian Peter George St John le Baptiste de la Salle Eno, RDI is an English musician, record producer, visual artist, and theorist best known for his pioneering work in ambient music and contributions to rock, pop, and electronica. A self-described "non-musician", Eno has helped introduce unique conceptual approaches and recording techniques to contemporary music. He has been described as one of popular music's most influential and innovative figures.

Techno is a form of electronic dance music that emerged in Detroit, Michigan, in the United States in the mid-to-late 1980s. Techno is generally repetitive instrumental music, often produced for use in a continuous DJ set. The central rhythm is often in common time (4/4), while the tempo typically varies between 120 and 150 beats per minute (bpm). Artists may use electronic instruments such as drum machines, sequencers, and synthesizers, as well as digital audio workstations. Drum machines from the 1980s such as Roland's TR-808 and TR-909 are highly prized, and software emulations of such retro instruments are popular.

Curd Duca is an Austrian musician, composer and producer of electronic music.

Birmingham's culture of popular music first developed in the mid-1950s. By the early 1960s the city's music scene had emerged as one of the largest and most vibrant in the country; a "seething cauldron of musical activity", with over 500 bands constantly exchanging members and performing regularly across a well-developed network of venues and promoters. By 1963 the city's music was also already becoming recognised for what would become its defining characteristic: the refusal of its musicians to conform to any single style or genre. Birmingham's tradition of combining a highly collaborative culture with an open acceptance of individualism and experimentation dates back as far back as the 18th century, and musically this has expressed itself in the wide variety of music produced within the city, often by closely related groups of musicians, from the "rampant eclecticism" of the Brum beat era, to the city's "infamously fragmented" post-punk scene, to the "astonishing range" of distinctive and radical electronic music produced in the city from the 1980s to the early 21st century.