Thomas Leverton Donaldson (19 October 1795 – 1 August 1885) was a British architect, notable as a pioneer in architectural education, as a co-founder and President of the Royal Institute of British Architects and a winner of the RIBA Royal Gold Medal.

Donaldson was born in Bloomsbury Square, London, the eldest son of architect, James Donaldson. His maternal uncle was Thomas Leverton (1743–1824), [1] a distinguished architect sometimes credited with the south range of Bedford Square in London. [2]

Donaldson travelled overseas after leaving school, obtaining a clerical job with a merchant on the Cape of Good Hope before volunteering for an expedition to attack the French-controlled island of Mauritius. Once back in London, he was employed in his father's office, before visiting Italy and Greece to broaden his experience. He designed 4 Hamilton Place for the Earl of Lucan. His first significant work was the church of Holy Trinity in South Kensington, London (built 1826-1829). [3]

With Jacques Ignace Hittorff and Charles Robert Cockerell, Donaldson was also a member of the committee formed in 1836 to determine whether the Elgin Marbles and other Greek statuary in the British Museum had originally been coloured (see Transactions of the Royal Institute of British Architects for 1842).

Donaldson reworked substantial sections of the Wilkins building at University College London (UCL), and designed its Flaxman Gallery and library buildings. He also designed All Saints Church in Gordon Street, London, and was involved with the Great Exhibition of 1851.

Donaldson pioneered the academic study of architecture and in 1841 became the first Professor of Architecture at University College London - a post he retained until 1865. He was also a co-founder of the Royal Institute of British Architects in 1834, [4] and continued as its honorary secretary until 1839, then as its foreign secretary for a further twenty years. He designed the institute's Mycenean lions medal and the motto ‘Usui civium, decori urbium'. [5] He was awarded the institute's royal gold medal in 1851 and was its president from 1863 to 1864. [6] He was described by the Prince of Wales in 1879 as the father of the Institute and of the profession'. [7]

His nephew was the artist Andrew Brown Donaldson.

The year 1885 in architecture involved some significant architectural events and new buildings.

The year 1851 in architecture involved some significant architectural events and new buildings. 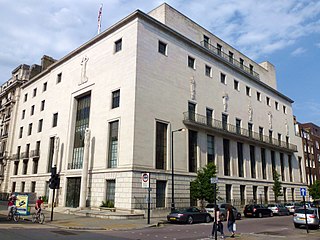 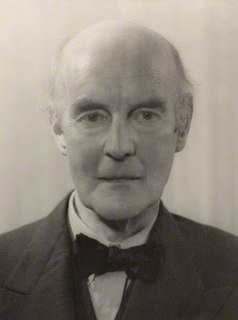 Sir Edward Brantwood Maufe, RA, FRIBA was an English architect and designer. He built private homes as well as commercial and institutional buildings, and is noted chiefly for his work on places of worship and memorials. Perhaps his best known buildings are Guildford Cathedral and the Air Forces Memorial. He was a recipient of the Royal Gold Medal for architecture in 1944 and, in 1954, received a knighthood for services to the Imperial War Graves Commission, which he was associated with from 1943 until his death.

Charles Fowler was an English architect, born and baptised at Cullompton, Devon. He is especially noted for his design of market buildings, including Covent Garden Market in London.

Sir John James Burnet, was a Scottish Edwardian architect who was noted for a number of prominent buildings in Glasgow and London. He was the son of the architect John Burnet, and later went into partnership with his father, joining an architectural firm which would become an influential force in British Modern architecture in the 20th century. 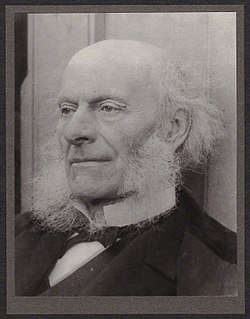 Francis Cranmer Penrose FRS was an English rower, architect, archaeologist and astronomer. He was Surveyor of the Fabric of St Paul's Cathedral, President of the Royal Institute of British Architects and Director of the British School at Athens.

Benjamin Woodward was an Irish architect who, in partnership with Sir Thomas Newenham Deane, designed a number of buildings in Dublin, Cork and Oxford. 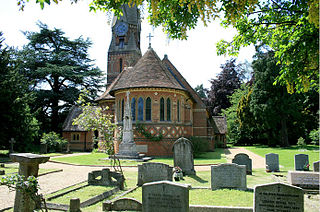 John Pollard Seddon FRIBA was an English architect. His father was a cabinetmaker and his brother Thomas Seddon (1821–1856), a landscape painter. He was educated at Bedford School.

Hugh Geoffrey Pearman is a London-based architecture critic and editor of the RIBA Journal, the magazine of the Royal Institute of British Architects.

Sir Andrew Thomas Taylor, JP, RCA, FSA, FRIBA was a British architect and councillor. He was born in Edinburgh, Scotland, and practised architecture in Scotland and London before emigrating to Montreal, Quebec, in 1883, where he designed many of the buildings of McGill University. He retired from architecture in 1904 and returned to London, where he served on London County Council from 1908 to 1926. He was knighted for his political services in 1926.

Thomas Leverton was an English architect.

Henry Percy Adams, FRIBA (1865–1930) was a Ipswich-born English architect. He joined Stephen Salter London's practice and later Charles Holden and Lionel Pearson joined. Adams, Holden & Pearson was then one of the most successful practices in the early 1900s.

Louis Osman was an English artist, architect, goldsmith, silversmith and medallist. He is notable for the gold crown he designed and made for the investiture in 1969 of Charles, Prince of Wales. His work as a goldsmith puts him amongst the top artists in his field with his valuable and important works held in church, civic and private collections worldwide.

Philip Dalton Hepworth was a British architect. He studied in both the UK and France, at the Architectural Association School of Architecture and the École des Beaux-Arts, and returned to work as an architect after serving in the First World War. He rose to prominence in the 1930s, featuring in a book by architectural critic Trystan Edwards and winning the commission in 1932 to design Walthamstow Town Hall, which was eventually completed in 1942. He lived in Zoffany House in Strand-on-the-Green, Chiswick, London, from 1936.

Henry Louis Florence was a British architect, arts benefactor and member of the Royal Institute of British Architects (RIBA), of which he was also vice-president (1897-1899) and Fellow of the Geological Society. He was a member of the Junior Athenaeum and the Arts Club. He also served in the Rifle Volunteers from 1871 to 1892, retiring from it with the rank of Lieutenant-Colonel. 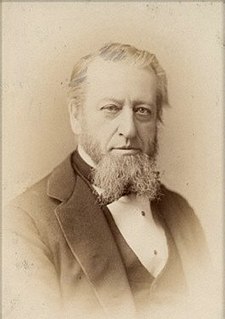 Wyatt Angelicus van Sandau Papworth (1822–1894) was an English architect, surveyor and antiquarian. He is best known for his editorial work on the part-published Dictionary of Architecture, appearing 1853 to 1892, and the 1867 edition of Joseph Gwilt's Encyclopædia of Architecture.