Thomas M. Cover [ˈkoʊvər] (August 7, 1938 – March 26, 2012) was an information theorist and professor jointly in the Departments of Electrical Engineering and Statistics at Stanford University. He devoted almost his entire career to developing the relationship between information theory and statistics.

He received his B.S. in Physics from MIT in 1960 and Ph.D. in electrical engineering from Stanford University in 1964.

Cover was past President of the IEEE Information Theory Society and was a Fellow of the Institute of Mathematical Statistics and of the Institute of Electrical and Electronics Engineers. He received the Outstanding Paper Award in Information Theory for his 1972 paper "Broadcast Channels"; he was selected in 1990 as the Shannon Lecturer, regarded as the highest honor in information theory; in 1997 he received the IEEE Richard W. Hamming Medal; [1] and in 2003 he was elected to the American Academy of Arts and Sciences.

During his 48-year career as a professor of Electrical Engineering and Statistics at Stanford University, he graduated 64 PhD students, authored over 120 journal papers in learning, information theory, statistical complexity, and portfolio theory; and he coauthored the book Elements of Information Theory, which has become the most widely used textbook as an introduction to the topic since the publication of its first edition in 1991. [2] He was also coeditor of the book Open Problems in Communication and Computation. 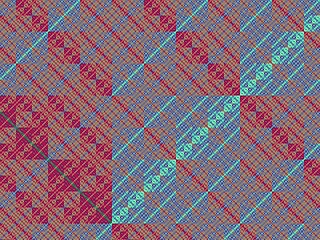 Coding theory is the study of the properties of codes and their respective fitness for specific applications. Codes are used for data compression, cryptography, error detection and correction, data transmission and data storage. Codes are studied by various scientific disciplines—such as information theory, electrical engineering, mathematics, linguistics, and computer science—for the purpose of designing efficient and reliable data transmission methods. This typically involves the removal of redundancy and the correction or detection of errors in the transmitted data.

Athanasios Papoulis was a Greek-American engineer and applied mathematician. 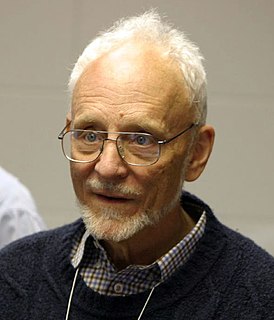 Elwyn Ralph Berlekamp was an American mathematician known for his work in computer science, coding theory and combinatorial game theory. He was a professor emeritus of mathematics and EECS at the University of California, Berkeley.

Robert M. Haralick is Distinguished Professor in Computer Science at Graduate Center of the City University of New York (CUNY). Haralick is one of the leading figures in computer vision, pattern recognition, and image analysis. He is a Fellow of the Institute of Electrical and Electronics Engineers (IEEE) and a Fellow and past president of the International Association for Pattern Recognition. Prof. Haralick is the King-Sun Fu Prize winner of 2016, "for contributions in image analysis, including remote sensing, texture analysis, mathematical morphology, consistent labeling, and system performance evaluation".

Thomas Shi-Tao Huang is a Chinese-born American electrical engineer and computer scientist. He is a researcher and professor emeritus at the University of Illinois at Urbana-Champaign (UIUC). Huang is one of the leading figures in computer vision, pattern recognition and human computer interaction. 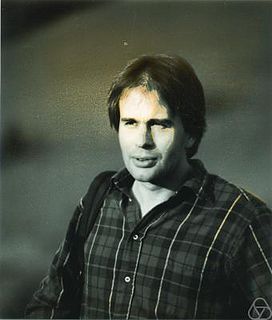 Robert Calderbank is a professor of Computer Science, Electrical Engineering, and Mathematics and director of the Information Initiative at Duke. He received a BSc from Warwick University in 1975, an MSc from Oxford in 1976, and a PhD from Caltech, all in mathematics. He joined Bell Labs in 1980, and retired from AT&T Labs in 2003 as Vice President for Research and Internet and network systems. He then went to Princeton as a professor of Electrical Engineering, Mathematics and Applied and Computational Mathematics, before moving to Duke in 2010 to become Dean of Natural Sciences.

Norman Manuel Abramson is an American engineer and computer scientist, most known for developing the ALOHAnet system for wireless computer communication.

Imre Csiszár is a Hungarian mathematician with contributions to information theory and probability theory. In 1996 he won the Claude E. Shannon Award, the highest annual award given in the field of information theory.

Robert M. Gray is an American information theorist, and the Alcatel-Lucent Professor of Electrical Engineering at Stanford University in Palo Alto, California. He is best known for his contributions to quantization and compression, particularly the development of vector quantization.

Professor Shlomo Shamai (Shitz) is a distinguished professor at the Department of Electrical engineering at the Technion − Israel Institute of Technology. Professor Shamai is an information theorist and winner of the 2011 Shannon Award. 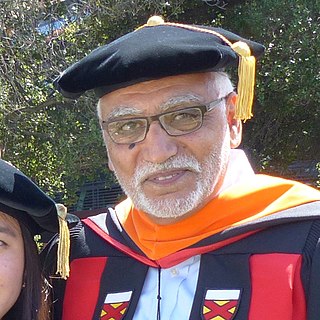 Abbas El Gamal is an Egyptian-American electrical engineer, educator and entrepreneur. He is best known for his contributions to network information theory, field-programmable gate arrays (FPGAs), and CMOS imaging sensors and systems. He is the Hitachi America Professor of Engineering at Stanford University. He has founded, co-founded and served on the board of directors and technical advisory boards of several semiconductor, EDA, and biotechnology startup companies.

Jerome Harold Friedman is an American statistician, consultant and Professor of Statistics at Stanford University, known for his contributions in the field of statistics and data mining.

Robert Tienwen Chien was an American computer scientist concerned largely with research in information theory, fault-tolerance, and artificial intelligence (AI), director of the Coordinated Science Laboratory (CSL) at the University of Illinois at Urbana–Champaign, and known for his invention of the Chien search and seminal contributions to the PMC model in system level fault diagnosis.

Michael Charles Rotkowitz is an applied mathematician best known for his work in decentralized control theory. He is a professor at the University of Maryland, College Park where he holds appointments in the Department of Electrical and Computer Engineering (ECE) and the Institute for Systems Research (ISR), and is also affiliated with the Applied Mathematics & Statistics, and Scientific Computation Program (AMSC).

David Tse is the Thomas Kailath and Guanghan Xu Professor of Engineering at Stanford University.