Steven Ernest Sailer is an American paleoconservative journalist, movie critic, blogger, and columnist. He is a former correspondent for UPI and a columnist for Taki's Magazine and VDARE, a website associated with white supremacy, white nationalism, and the alt-right. He has a history of making racist statements, and writes about race relations, gender issues, politics, immigration, IQ, genetics, movies, and sports. As of 2014, Sailer ceased publishing his personal blog on his own website and shifted it to the Unz Review, an online publication founded by former businessman Ron Unz that promotes anti-semitism, Holocaust denial, conspiracy theories, and white supremacist material.

Balticon is the Maryland Regional science fiction convention, sponsored by the Baltimore Science Fiction Society (BSFS). It has been held annually since 1966. The name "Balticon" is trademarked by BSFS. 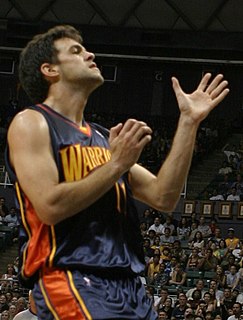 Žarko Čabarkapa is a Montenegrin–Serbian professional basketball executive and former player who is Player personnel director at Fenerbahçe Basketball.

Marty Leo Brown is the former manager of the Buffalo Bisons and a former Major League Baseball third baseman who played for the Cincinnati Reds (1988–89) and Baltimore Orioles (1990). He is also the former manager of the Hiroshima Toyo Carp of Japan's Central League, where he played for three seasons from 1992 to 1994, and the Tohoku Rakuten Golden Eagles of the Pacific League.

Security Square Mall is a mall in Woodlawn, Baltimore County, Maryland, a suburb of Baltimore, in the United States. The mall features over 100 stores and restaurants, as well as a food court, with Burlington, Macy's serving as anchor stores. One section of the mall, Grand Village Plaza, previously included Korean shops and restaurants; however, most of these establishments had closed by 2010. Security Square Mall is located adjacent to the North American School of Trades.

The 2001 Canadian Professional Soccer League season was the fourth season for the Canadian Professional Soccer League. The season began on May 25, 2001 and concluded on October 14, 2001 with St. Catharines Wolves defeating Toronto Supra by a score of 1-0 to win their second CPSL Championship. The final was hosted in St. Catharines with Club Roma Stadium as the venue, while the match received coverage from Rogers TV. The season saw the league expand to a total of 12 teams, and went beyond the GTA and Ontario border to include a Montreal and Ottawa franchise. Throughout the regular season the Ottawa Wizards became the first club to end the Toronto Olympians league title dynasty. The CPSL also launched the CPSL Soccer Show with Rogers TV providing the broadcasting, and granting Rogers naming rights to the CPSL Championship. Other major sponsors included the Government of Canada, which served as the sole sponsor for the CPSL Rookie of the Year Award. The league also announced a working partnership with the Canadian United Soccer League a task force originally started by the Canadian Soccer Association in order forge a unified professional structure with the cooperation of the Canadian franchises in the USL A-League to launch a Canadian first and second division domestic league.

American recording artist Alicia Keys has appeared in numerous music videos. Her videography includes more than thirty music videos and three video albums. In 2000, Keys signed a recording contract with J Records and released her debut single "Fallin'", taken from her first studio album Songs in A minor (2001). The plot of its music video had Keys traveling to a prison to visit her incarcerated boyfriend and was continued in the video for her next single, "A Woman's Worth;" both videos marked Keys' first collaboration with director Chris Robinson, who would become a regular collaborator later. In 2004, another regular, American director Diane Martel, directed the accompanying music video for the second single from the singer's second album The Diary of Alicia Keys, "If I Ain't Got You", which featured rapper Method Man as Keys' love interest. It won the Best R&B Video accolade at the 2004 MTV Video Music Awards.

Lewis Tierney is a Scotland international rugby league footballer who plays on the wing or fullback for the Leigh Centurions in the Betfred Super League.

Thomas Michael Hruz is an American lawyer and jurist, serving as a judge of the Wisconsin Court of Appeals in the Wausau-based District III. He was appointed in 2014 by former Governor Scott Walker. 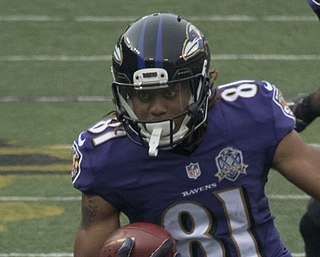 Kaelin Clay is an American football wide receiver who is a free agent. He was drafted by the Tampa Bay Buccaneers in the sixth round of the 2015 NFL Draft and played college football at Utah.

The following is a list of notable deaths in May 2001.

Ryan Shea McKenna is an American professional baseball outfielder for the Baltimore Orioles of Major League Baseball (MLB). He made his MLB debut in 2021. Listed at 5 feet 11 inches (1.80 m) and 195 pounds (88 kg), he bats and throws right-handed.