Thomas P. Sullivan was a prominent Illinois attorney known for his involvement in notable constitutional cases, investigations, and contributions to public policy and law. He was a partner at the Jenner & Block law firm. [1]

Sullivan was counsel on a case leading to a landmark 1968 U.S. Supreme Court decision, Witherspoon v. Illinois , prohibiting trial judges and prosecutors from using peremptory challenges to exclude potential jurors because of personal opposition to the death penalty. Over 350 inmates, including Witherspoon, had their death sentences reversed as a result. In 1971, he won a case before the Illinois Supreme Court, People v. McCabe, which held that the state's statutory classification of marijuana as a "hard drug" was unconstitutional. [2]

From 1977 to 1981, Sullivan was the United States Attorney for the Northern District of Illinois under President Jimmy Carter. While U.S. Attorney, he initiated the Operation Greylord judicial sting operation. [3]

In 2000, Illinois governor George Ryan appointed Sullivan to co-chair the Commission on Capital Punishment. [4] The report included 85 recommendations for reform and helped persuade Ryan to commute all death sentences. [5]

In 2003, Sullivan received the American Bar Association's John Minor Wisdom Award for his contributions to public service and the community. [6] In 2004, he was named Chicago Lawyer magazine’s Person of the Year. [7] In 2007, he received The American Lawyer's Lifetime Achievement Award. [2] He has written on numerous topics, e.g., the treatment of prisoners at Guantanamo Bay. [8]

Scott Frederick Turow is an American author and lawyer. Turow has written 11 fiction and three nonfiction books, which have been translated into more than 40 languages and sold more than 30 million copies. Films have been based on several of his books.

Patrick J. Fitzgerald is an American lawyer and partner at the law firm of Skadden, Arps, Slate, Meagher & Flom since October 2012.

Benjamin Richard Civiletti is an American lawyer who served as the United States Attorney General during the Carter administration, from 1979 to 1981. The first Italian American to lead the Department of Justice, he previously served as the Deputy Attorney General and Assistant Attorney General for the Criminal Division. He is a former senior partner in the Baltimore-based law firm of Venable LLP, where he specialized in commercial litigation and internal investigations.

Jenner & Block is an American law firm with offices in Chicago, London, Los Angeles, New York City and Washington, D.C. The firm is active in corporate litigation, business transactions, the public sector, and other legal fields. It has litigated several prominent cases before the United States Supreme Court. As of 2014, it was the 103rd-largest law firm in the US, based on The American Lawyer's annual ranking of firms by headcount.

Winston & Strawn LLP is an international law firm. Headquartered in Chicago, it has nearly 800 attorneys in nine offices in the United States and six offices in Europe and Asia. Founded in 1853, it is one of the largest and oldest law firms in Chicago.

Paul March Smith is an American attorney who has argued many important cases, most notably Lawrence v. Texas and has argued 21 cases before the Supreme Court of the United States. In January 2017, he joined the faculty at Georgetown University Law Center, and also the Campaign Legal Center in Washington, D.C., as Vice President of Litigation and Strategy. Until 2017, he was a partner at Jenner & Block's Washington, DC office where he served as co-chair of the firm's Election Law and Redistricting practice.

The Center for Constitutional Rights has coordinated efforts by American lawyers to handle the habeas corpus, and other legal appeals, of several hundred of the Guantanamo detainees.

Albert Ernest Jenner Jr. was an American lawyer and one of the name partners at the law firm of Jenner & Block. He served as assistant counsel to the Warren Commission; as a member of the U.S. National Commission on the Causes and Prevention of Violence; and as special counsel to the House Judiciary Committee during the Watergate Scandal and the impeachment process against Richard Nixon.

Barry Sullivan is a Chicago lawyer, Professor of Law and holder of the Cooney & Conway Chair in Advocacy at Loyola University Chicago School of Law.

William Robert Ming Jr. was an American lawyer, attorney with the National Association for the Advancement of Colored People (NAACP) and law professor at University of Chicago Law School and Howard University School of Law. He presided over the Freeman Field mutiny court-martials involving the Tuskegee Airmen. He is best remembered for being a member of the Brown v. Board of Education litigation team and for working on a number of the important cases leading to Brown, the decision in which the United States Supreme Court ruled de jure racial segregation a violation of the Equal Protection Clause of the Fourteenth Amendment of the United States Constitution.

Patrick M. Collins, is an American lawyer. Collins is a partner in King & Spalding LLP's Special Matters and Government Investigations practice. Previously, he was a partner at Perkins Coie LLP. Prior to joining Perkins Coie, Collins worked for the United States Department of Justice as an assistant U.S. Attorney. In 2005, he led the U.S. government's team in the trial and conviction of former Illinois Governor George Ryan on charges of racketeering and fraud. In 2009, Illinois Governor Pat Quinn appointed Collins to chair the Illinois Reform Commission, which was tasked with making recommendations for ethical reform for Illinois government. Several of the IRC's recommendations became the basis for new state legislation, including an overhauled Freedom of Information Act and the state's first measures to limit campaign finance in history. In January 2010, Collins authored a book entitled Challenging the Culture of Corruption: Game Changing Reform for Illinois.(ISBN 978-0879464240). In 2010, Collins was selected by the Chicago Law Bulletin as one of Chicago's "Top Ten" attorneys of the decade. Prior to his 12 years with the Department of Justice, Collins worked as an associate in private practice.

Kilpatrick Townsend & Stockton is an international law firm headquartered in Atlanta, Georgia. The firm has nineteen offices, including U.S. offices in California, Colorado, North Carolina, New York, Texas, Washington State, and the District of Columbia, and international offices in Japan, Shanghai, and Sweden. The firm is particularly well known for its intellectual property practice. Clients have included Google in litigation related to its Google Print product, and Sony in its suit against 21-year-old hacker George Hotz for jailbreaking the PS3. 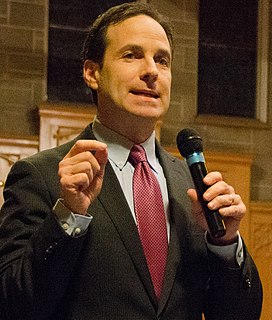 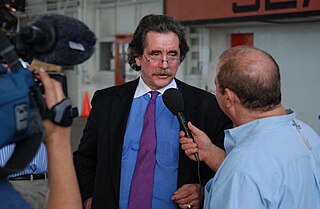 Thomas Anthony Durkin is a criminal defense attorney in Chicago. He specializes in civil rights and domestic terrorism cases.

Zachary Thomas Fardon served as the United States Attorney for the Northern District of Illinois. He began serving as the U.S. Attorney in Chicago on October 23, 2013, after President Obama signed his commission. He resigned on March 13, 2017.

Renato Mariotti is an American attorney, legal commentator, acting fill-in anchor for WGN-TV and former federal prosecutor. On October 26, 2017, he announced his candidacy for Illinois Attorney General, but he lost in the Democratic primary election.