Thomas Potts (1778–1842) was an English lawyer and writer, known as a compiler of reference works.

He was son of Edward Potts (1721–1819) of Glanton near Alnwick, Northumberland. He was a solicitor, and at one time was connected with Skinners' Hall. [1]

In 1803 Potts was residing in Camden Town. Subsequently he seems to have lived at Chiswick and other places, and to have had chambers in Serjeants' Inn. He died at Upper Clapton on 8 November 1842. [1]

Charles Hulbert was an English businessman and writer.

William Preston was an Irish poet, playwright and essayist.

Joseph Kemp was an English musical composer, organist and teacher. He is noted as an early proponent of teaching music in classes and the playing of exercises by students. 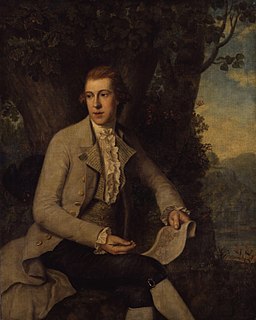 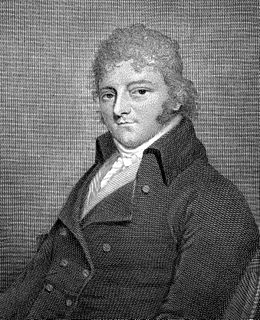 Caleb Hillier Parry was an Anglo-Welsh physician credited with the first report of Parry–Romberg syndrome, published in 1815, and one of the earliest descriptions of the exophthalmic goiter, published in 1825.

William Pryce was a British medical man, known as an antiquary, a promoter of the Cornish language and a writer on mining in Cornwall.

John Proctor (1521–1558) was an English academic and schoolmaster, known as a historian.

Joseph Richardson (1755–1803) was an English author and politician.

Thomas Rudge was an English churchman, topographer and antiquarian, Archdeacon of Gloucester from 1814, and chancellor of the diocese of Hereford from 1817.

Craufurd Tait Ramage (1803–1878) was a Scottish travel writer and anthologist.