Thomas Prichard Rossiter (1818 – 1871) was an American artist born in New Haven, Connecticut. Known for his portraits and paintings of historical scenes, he later came to be associated with the Hudson River School of artists.

Rossiter was born in New Haven, Connecticut in 1818. He first studied painting with John Boyd, and later with Nathaniel Jocelyn. [2]

In 1838 he exhibited two paintings at the National Academy of Design; the following year he moved to New York City and opened a studio. In 1840 he traveled in Europe with Asher B. Durand, John Kensett, and John William Casilear. While there, he visited Rome with Thomas Cole, and decided to stay in Italy. In 1846, he returned to New York City and shared a studio with Kensett and Louis Lang. [2]

In 1849, Rossiter was elected to the National Academy. In 1851, he married Anna Ehrick Parmly. They toured Europe in 1853, settling in Paris where Anna gave birth to twins Ehrick Kensett and Charlotte. Rossiter kept a studio in Paris from 1853 to 1856, winning a gold medal at the Universal Exposition of 1855 for his Venice in the Fifteenth Century. Anna died shortly after the birth of their daughter Anna, and the family moved back to New York. For a brief period of time Rossiter had an art gallery, exhibiting his work and the work of his friends. [2]

In 1857, he began several large compositions depicting scenes from early American history, including Washington and Lafayette at Mount Vernon, Washington and His First Cabinet, and George Washington and Family. As part of his research for the works, Rossiter visited Mount Vernon in June 1858, and soon afterward published an article on Washington's life and the state of his Mount Vernon estate. He wrote of his sadness to see the deteriorated state of the buildings and grounds, and urged the restoration of the mansion and furniture to the condition that Washington left them. [3]

In 1860, Rossiter married Mary (Mollie) Sterling and moved his family to Cold Spring, New York on the Hudson River. He designed a house, Fair Lawn, overlooking the Hudson River. It is listed on the National Register of Historic Places. He continued to paint portraits, historical, and religious paintings, and exhibited at the National Academy of Design and the Pennsylvania Academy of the Fine Arts, until his death in 1871. [2]

Among his best-known paintings are: 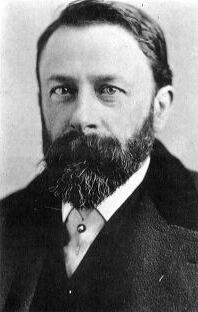 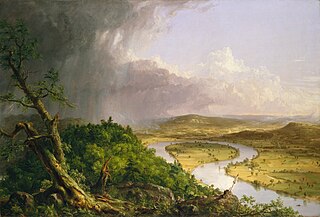 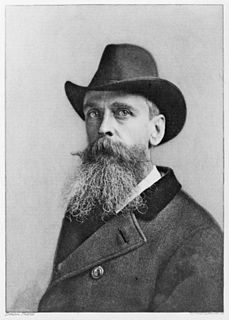 Thomas Moran was an American painter and printmaker of the Hudson River School in New York whose work often featured the Rocky Mountains. Moran and his family, wife Mary Nimmo Moran and daughter Ruth, took residence in New York where he obtained work as an artist. He was a younger brother of the noted marine artist Edward Moran, with whom he shared a studio. A talented illustrator and exquisite colorist, Thomas Moran was hired as an illustrator at Scribner's Monthly. During the late 1860s, he was appointed the chief illustrator for the magazine, a position that helped him launch his career as one of the premier painters of the American landscape, in particular, the American West. 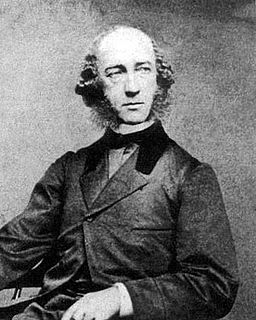 Martin Johnson Heade was an American painter known for his salt marsh landscapes, seascapes, and depictions of tropical birds, as well as lotus blossoms and other still lifes. His painting style and subject matter, while derived from the romanticism of the time, are regarded by art historians as a significant departure from those of his peers.

Samuel Colman was an American painter, interior designer, and writer, probably best remembered for his paintings of the Hudson River. 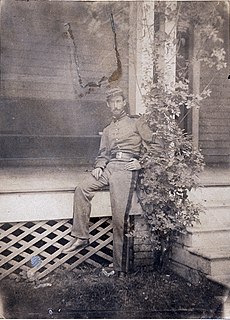 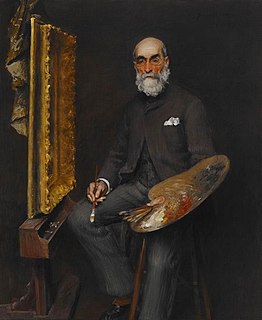 Thomas Worthington Whittredge was an American artist of the Hudson River School. Whittredge was a highly regarded artist of his time, and was friends with several leading Hudson River School artists including Albert Bierstadt and Sanford Robinson Gifford. He traveled widely and excelled at landscape painting, many examples of which are now in major museums. He served as president of the National Academy of Design from 1874 to 1875 and was a member of the selection committees for the 1876 Philadelphia Centennial Exposition and the 1878 Paris Exposition, both important venues for artists of the day.

Benjamin Champney was a painter whose name has become synonymous with White Mountain art of the 19th century. He began his training as a lithographer under celebrated marine artist Fitz Henry Lane at Pendleton's Lithography shop in Boston. Most art historians consider him the founder of the "North Conway Colony" of painters who came to North Conway, New Hampshire and the surrounding area during the second half of the 19th century. His paintings were often used to make chromolithographs that were subsequently sold to tourists who could not afford Champney's originals. He exhibited regularly at the Boston Athenæum and was a founder of the Boston Art Club. 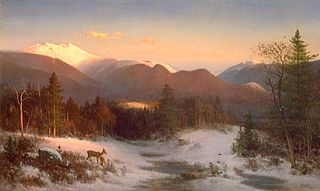 White Mountain art is the body of work created during the 19th century by over four hundred artists who painted landscape scenes of the White Mountains of New Hampshire in order to promote the region and, consequently, sell their works of art.

Minerva Josephine Chapman (1858–1947) was an American painter. She was known for her work in miniature portraiture, landscape, and still life.

James Augustus Suydam, was an American architect, lawyer, and artist; as an artist was considered one of the premier Luminism painters. He is widely known as an American landscape painter and one of the leading members of the Hudson River School.

Ehrick Kensett Rossiter was an American architect known for the country homes he designed.

Hugh Bolton Jones was an American landscape painter. He grew up in Baltimore, Maryland, where he received his early training as an artist. While studying in New York he was strongly influenced by Frederic Edwin Church of the Hudson River School. After spending four years in Europe he settled in New York in 1881, where he shared a studio with his brother Francis Coates Jones for the rest of his long life. He was celebrated for his realistic depictions of calm rural scenes of the eastern United States at different times of the year, usually empty of people. He won prizes in several major exhibitions in the US and France. His paintings are held in public collections such as the Metropolitan Museum of Art and the Smithsonian Institution.

Charles Herbert Moore was an American university professor, painter, and architectural historian, known as the first director of Harvard University's Fogg Art Museum. He was one of many followers of the works of John Ruskin, and was known as an American Pre-Raphaelite. In 1871, Moore left painting to begin teaching at Harvard, where he led its new art department. There Moore was among the first art historians at an academic institution in the United States. After retirement, Moore moved to Hampshire, England. He wrote many books on medieval and Renaissance architecture there, and died in Hampshire in 1930. 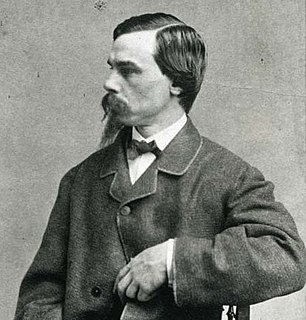 Louis Rémy Mignot was an American painter of Huguenot descent. Associated with the Hudson River School of landscape artists, his southern US heritage and the influence of his time spent in Europe gave him a distinct style within that group, in painting vegetation and atmospheric effects.