Thomas Pridgin Teale may refer to:

William Hamilton may refer to: 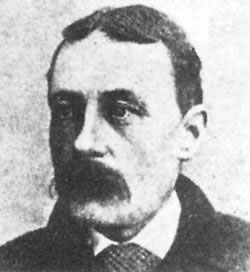 A pegleg is a prosthesis, or artificial limb, fitted to the remaining stump of a human leg. Its use dates to antiquity.

Thomas Bell may refer to:

John James is the name of:

Teale is a surname and a given name, and may refer to:

Events from the year 1800 in Ireland.

Events from the year 1799 in Ireland.

Henry Walter Bellew MRCP was an Indian-born British medical officer who worked in Afghanistan. He wrote several books based on his explorations in the region during the course of his army career and also studied and wrote on the languages and culture of Afghanistan.

Leeds Philosophical and Literary Society is a Learned society in Leeds, West Yorkshire, England. It was founded in 1819, and its museum collection forms the basis of Leeds City Museum, which reopened in September 2008. The printed works and papers of the society are held by Leeds University Library.

Joseph Abbott, was a wool-broker and politician in New South Wales.

Thomas Pridgin Teale FRS was a British surgeon and ophthalmologist, elected a Fellow of the Royal Society on 7 June 1888.