Thomas Prince (1687–1758) was an American clergyman, scholar and historian.

Thomas Prince was an American clergyman, scholar and historian noted for his historical text A Chronological History of New England, in the Form of Annals. Called 'an American pioneer in scientific historical writing', Prince influenced historians such as Jeremy Belknap and Thomas Hutchinson, and his Annals was still being used as a reference text as late as 1791.

Thomas Prince may also refer to:

Thomas Prince was a prominent Leveller.

Thomas Prince was an English professional footballer who played as a winger for Sunderland.

Thomas George "Tommy" Prince was one of Canada's most decorated First Nations soldiers, serving in World War II and the Korean War.

Thomas Albert Prince is an American former professional baseball player, manager and current coach. As a player, Prince didn't produce impressive offensive statistics but, he excelled defensively as a catcher, enabling him to sustain a seventeen-year playing career in Major League Baseball. Prince is the current Bench Coach for the Pittsburgh Pirates.

Tom Prince is a retired American professional bodybuilder. Prince won his IFBB pro card by winning the 1997 NPC National Championships. His highest professional placing was the 2001 Night of Champions, where he finished third. Prince's kidneys failed during his preparations for the 2003 Night Of Champions, and he retired from competitive bodybuilding shortly after. 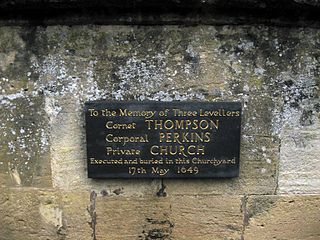 The Levellers was a political movement during the English Civil War (1642–1651). It was committed to popular sovereignty, extended suffrage, equality before the law and religious tolerance. The hallmark of Leveller thought was its populism, as shown by its emphasis on equal natural rights, and their practice of reaching the public through pamphlets, petitions and vocal appeals to the crowd. Its ideas were presented in its manifesto "Agreement of the People". In contrast to the Diggers, the Levellers opposed common ownership, except in cases of mutual agreement of the property owners. The Levellers came to prominence at the end of the First English Civil War (1642–1646) and were most influential before the start of the Second Civil War (1648–1649). Leveller views and support were found in the populace of the City of London and in some regiments in the New Model Army. 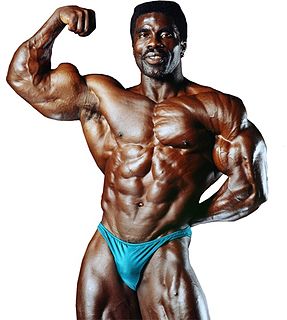 Robby Robinson is an American former professional bodybuilder. Known early in his career as Robin Robinson, he is also known as The Black Prince and Mr Lifestyle. He won various competitions including Mr America, IFBB Mr. World, Mr Universe, Masters Olympia, and other titles of the International Federation of BodyBuilding & Fitness (IFBB), and appeared in several films over a 27-year career as a professional bodybuilder, retiring from competition in 2001 at the age of 55.

Thomas Steven Platz is an American retired professional bodybuilder. His nicknames are "The Golden Eagle" and "The Quadfather". He is also occasionally referred to as "Quadzilla", though this moniker is most widely associated with deceased pro bodybuilder, Paul Demayo.

Thomas Anderson may refer to:

Thomas or Tom Davies may refer to:

Scott Wilson may refer to:

Events from the year 1648 in England.

Paul Graham may refer to: