Thomas Pringle may also refer to:

Pringle is a Scottish surname.

Thomas Gordon may refer to:

Pringle Bay is a small coastal village in the Overberg region of the Western Cape, in South Africa. It is situated at the foot of Hangklip, on the opposite side of False Bay from Cape Point. The town and surrounds are part of the Kogelberg Biosphere Reserve, a UNESCO Heritage Site. The bay is named after Rear-Admiral Thomas Pringle, of the Royal Navy, who commanded the naval station at the Cape in the late 1790s.

Events from the year 1797 in Great Britain.

Events from the year 1758 in Great Britain.

Lieutenant General Sir Steuart Robert Pringle was a Scottish Royal Marines officer who served as Commandant General Royal Marines from 1981 to 1985. He was seriously injured by an IRA car bomb in 1981, in which he lost his right leg.

Events from the year 1769 in Ireland. 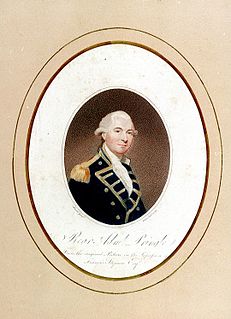 Vice-Admiral Thomas Pringle was an officer of the Royal Navy. He served during the American War of Independence, and the French Revolutionary and Napoleonic Wars.

John Pringle may refer to: 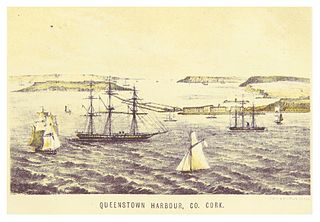 The Commander-in-Chief, Coast of Ireland was both an admiral's post and a naval formation of the Royal Navy. It was based at Queenstown, now Cobh, in Ireland from 1797 - 1919. The admiral's headquarters was at Admiralty House, Cobh.

HMS Pultusk was the American-built French privateer sloop Austerlitz, which had been launched in 1805 and which the Royal Navy captured in 1807 and took into service as HMS Pultusk. Pultusk served in three campaigns, two of which resulted, some four decades later in the award of medals, and one boat action that too received a medal. She was broken up in 1810.

Events from the year 1761 in Scotland.

The New Year Honours 1900 were appointments by Queen Victoria to various orders and honours of the United Kingdom and British India.