Thomas Purnell (1834–1889) was a British author, best known as a London drama critic writing under the pseudonym "Q".

The son of Robert Purnell, he was born in Tenby, Pembrokeshire, Wales, in 1834. He matriculated at Trinity College, Dublin in 1852, but then went to London and became a journalist. [1]

In 1862 Purnell was recommended by Sir Thomas Duffus Hardy for the post of assistant secretary and librarian of the Archæological Institute of Great Britain and Ireland, which he retained until 1866. In 1870–1871 he contributed to the Athenæum , under the signature "Q.", a series of drama criticisms that attracted notice for their style and for their censures. Charles Reade and Tom Taylor published replies to his remarks on their works.

Purnell founded a small literary club, the "Decemviri", which included A. C. Swinburne, Whistler, Robert Edward Francillon, and Joseph Knight. He came to know Giuseppe Mazzini, to whom he introduced Swinburne and others. He died after a long illness on 17 December 1889, at Lloyd Square, Pentonville, London.

In 1871 Purnell edited Charles Lamb's Correspondence and Works , and organised the Charles Lamb centenary dinner. He was the author of the following:

William Quekett, rector of Warrington, Lancashire, the eldest brother of microscopists Edwin John and John Thomas Quekett, born at Langport, on 3 October 1802, entered St. John's College, Cambridge, in 1822, and, on his graduation, in 1825 was ordained as curate of South Cadbury, Somerset. In 1830 he became curate at St. George's-in-the-East, where he remained until 1841. To his efforts was due the establishment of the district church of Christ Church, Watney Street, of which he acted as incumbent from 1841 to 1854. His philanthropic energy here attracted the attention of Charles Dickens, who based upon it his articles on "What a London Curate can do if he tries" and "Emigration". In 1849 Quekett, with the co-operation of Sidney Herbert, founded the Female Emigration Society, in the work of which he took an active part. In 1854 he was presented by the crown to the rectory of Warrington, where he restored the parish church, and died on 30 March 1888, soon after the publication of a gossiping autobiography, My Sayings and Doings.

The Imperial Dictionary of Universal Biography was a biographical dictionary of the nineteenth century, published by William Mackenzie in Glasgow. 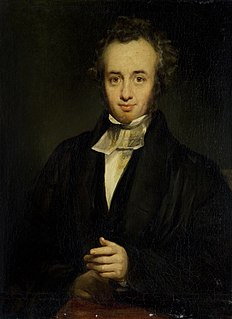 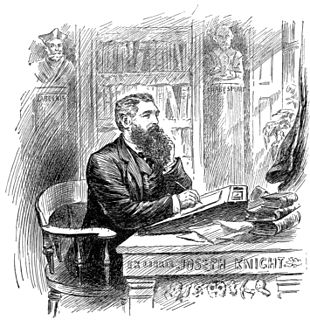 James Craigie Robertson was a Scottish Anglican churchman, canon of Canterbury Cathedral, and author of a History of the Christian Church.

George Barnett Smith was an English author and journalist.

Alexander George Richey (1830–1883) was an Irish barrister and historian.

Charles Thomas Cruttwell (1847–1911) was an English cleric, headmaster and classical scholar, known as a historian of Roman literature.

Norman MacColl (1843–1904) was a Scottish man of letters, known as a Hispanist and editor of the Athenæum.

George Edward Jelf (1834–1908) was an English churchman and Master of Charterhouse School.

Charles Bland Radcliffe (1822–1889) was an English physician, known for work on diseases of the nervous system.