Thomas Randolph Adams (May 22, 1921 – December 1, 2008) was librarian of the John Carter Brown Library and John Hay Professor of Bibliography and University Bibliographer at Brown University.

The son of Randolph G. Adams and Helen Spiller Adams, Thomas Adams was born in Durham, North Carolina, and grew up in Ann Arbor, Michigan, where his father was librarian of the William L. Clements Library, part of the University of Michigan Library system. Adams served in the U. S. Navy during World War II, and graduated from the University of Michigan in 1944. He received an MA from the University of Pennsylvania in 1949. In 1951, he married Virginia Matzke Adams, with whom he had three daughters: Virginia Hedges Adams, Josephine Lippincott Adams, and Eliza Stokes Adams.

Career as a rare book librarian

Adams began his career in rare books in 1947 at the Library Company of Philadelphia. He served as curator of rare books in the Van Pelt-Dietrich Library at the University of Pennsylvania from 1950 to 1955. In 1955, he was appointed Custodian of the Chapin Library at Williams College, remaining there until 1957, when he was appointed Librarian of The John Carter Brown Library. He retired from that position in 1983, and stayed on as University Professor at Brown until 1991. [1]

Adams served on the boards and advisory committees of many institutions including the Rhode Island Historical Society, Rhode Island School of Design, Providence Athenaeum and Mystic Seaport Museum.

He served on the Council of the Bibliographical Society of America, 1969–1980, and as its President, 1978-1980. He was a Guggenheim Fellow in 1963, a National Endowment for the Humanities Senior Fellow in 1971, and recipient of several National Endowment for the Humanities and Mellon Foundation publication grants. He was a member of the American Antiquarian Society, Massachusetts Historical Society, Colonial Society of Massachusetts, Club of Odd Volumes, Grolier Club, as well as the Century and Barnstable Yacht Clubs.

He was the 2008 recipient of the John Carter Brown Library Medal, in recognition of distinguished service to the Library. He died in Providence, Rhode Island on December 1, 2008. [1] 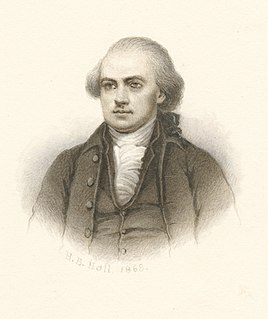 James Manning was an American Baptist minister, educator and legislator from Providence, Rhode Island. He was the first president of Brown University and one of its most involved founders, and served as minister of the First Baptist Church in America. 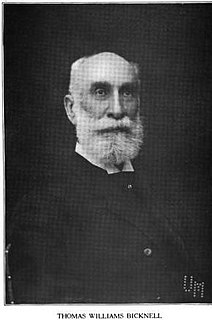 Thomas Williams Bicknell was an American educator, historian, and author.

John Russell Bartlett was an American historian and linguist.

George Parker Winship, A. M. was an American librarian and author, born in Bridgewater, Massachusetts. He graduated from Harvard in 1893. 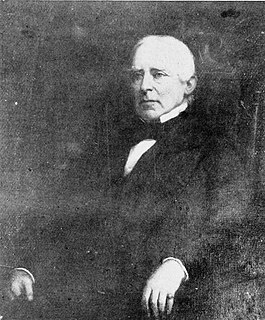 John Brown Francis was a governor and United States Senator from Rhode Island.

The John Carter Brown Library is an independently funded research library of history and the humanities on the campus of Brown University in Providence, Rhode Island. The library's rare book, manuscript, and map collections encompass a variety of topics related to the history of European exploration and colonization of the New World until circa 1825. The library was the first independent private library placed within the context of a university campus in the United States. 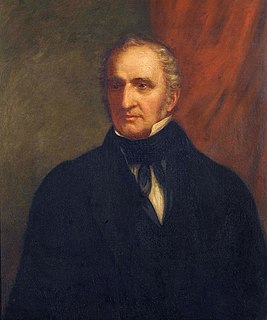 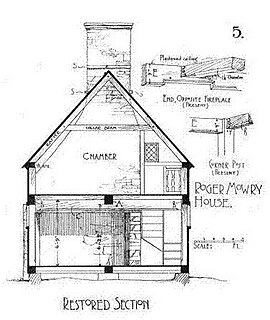 Norman Morrison Isham (1864–1943) was a prominent architectural historian, author, and professor at Brown University and RISD. He was an ardent preservationist and a pioneer in the study of early American architecture.

The Nightingale–Brown House is a historic house at 357 Benefit Street on College Hill in Providence, Rhode Island. It is home to the John Nicholas Brown Center for Public Humanities and Cultural Heritage at Brown University. The house is architecturally significant as one of the largest surviving wood-frame houses of the 18th century, and is historically significant as the longtime seat of the Brown family, whose members have been leaders of the Providence civic, social, and business community since the 17th century, and include nationally significant leaders of America's industrialization in the 19th century. The house was listed on the National Register of Historic Places and declared a National Historic Landmark in 1989.

Barnaby Conrad Keeney was president of Brown University from 1955 to 1966 where he was known and loved by the student body for openness and his dry wit. As he once observed, "One of the joys of the life of an educator, particularly a president, is the amount of free advice he gets." Keeney then served as president of Claremont Graduate University from 1971 to 1976.

Norman Fiering is an American historian, and Director and Librarian, Emeritus, of the John Carter Brown Library.

Randolph Greenfield Adams was an American librarian and historian, director of the William L. Clements Library at the University of Michigan in Ann Arbor, Michigan, for 28 years. 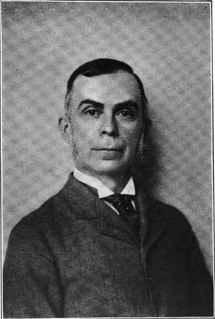 William Eaton Foster was an American librarian and author.

Horatio Rogers Jr. was an American lawyer, judge, and Union Army officers in the American Civil War. He was the Attorney General of Rhode Island from 1864 to 1867 and again from 1888 to 1889. From 1891 to 1903, he served as an Associate Justice of the Rhode Island Supreme Court. 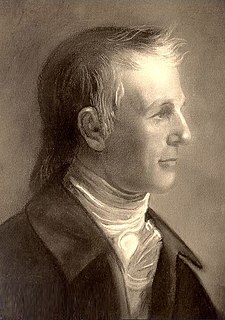 John Carter was an early American printer, newspaper publisher, and postmaster of Providence, Rhode Island. Carter entered the printing profession as an apprentice of Benjamin Franklin while living in Philadelphia. After he entered into a partnership and ran The Providence Gazette, which he eventually purchased and ran on his own up until the year of his death.