Born in Fultonville,New York,Horton attended the public schools. He studied law and was admitted to the bar and practiced. He served as member of the Fultonville village board of trustees in 1848. He served as clerk of the Montgomery County board of supervisors for six years. He was a Justice of the Peace for eight years. He was editor and publisher of the Amsterdam (New York) Recorder from 1841 to 1857.

Horton was elected as an Opposition Party candidate to the Thirty-fourth Congress (March 4,1855 - March 3,1857).

During the protracted dispute over the election of a Speaker of the House in late 1855 and early 1856,fought largely on sectional grounds between proponents and opponents of slavery,Rust was one of those who attempted to negotiate a compromise. Unhappy about how his efforts were characterized by Horace Greeley in the New-York Tribune ,Rust confronted Greeley on the grounds of the United States Capitol and knocked him down. An article about the event was published in a newspaper in Horton's district and over his initials. Upon deciding that the article was inaccurate and its tone offensive,Rust confronted Horton to ask whether he had written the item in question -- the preliminary step to issuing a challenge to a duel. Horton admitted authorship and agreed to apologize and retract his words;after first committing to do so in person on the floor of the House,he subsequently reached agreement with Rust to do so in writing instead,and issued his apology and retraction to the Washington Evening Star and other newspapers. [2]

Horton was not a candidate for renomination in 1856. He served as delegate to the 1860 Republican National Convention. During the Civil War,he served as adjutant of the 115th New York Volunteer Infantry Regiment from 1862 to 1864. After the war he was editor and publisher of the Montgomery County Republican. Horton was active in the Montgomery County Agricultural Society,and served on the board of directors of the Fonda and Fultonville Railroad.

Horton died in Fultonville on July 26,1894. He was interred in the Old Fultonville Cemetery. 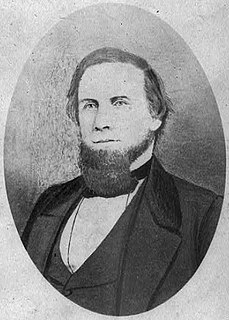 Albert Rust was an American politician who served as a delegate from Arkansas to the Provisional Congress of the Confederate States from 1861 to 1862. A member of the Democratic Party,he was the U.S. representative from Arkansas's 2nd congressional district (1859–1861). He also served as a senior officer of the Confederate States Army who commanded infantry in the Eastern,Western,and Trans-Mississippi theaters of the American Civil War.

Austin Blair,also known as the Civil War Governor,was a politician from the U.S. state of Michigan,serving as its 13th governor and in its House of Representatives and Senate as well as the U.S. Senate. He was known as a strong opponent of slavery and secession and he also championed human rights by leading the effort to ban capital punishment and supporting efforts to give women and black citizens the right to vote.

Benjamin Gratz Brown was an American politician. He was a U.S. Senator,the 20th Governor of Missouri,and the Liberal Republican and Democratic Party vice presidential candidate in the presidential election of 1872. 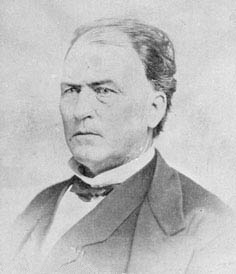 Jesse David Bright was the ninth Lieutenant Governor of Indiana and U.S. Senator from Indiana who served as President pro tempore of the Senate on three occasions. He was the only senator from a Northern state to be expelled for being a Confederate sympathizer. As a leading Copperhead he opposed the Civil War. 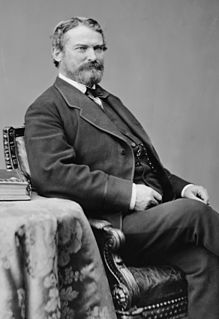 James Rood Doolittle was an American politician who served as a U.S. Senator from Wisconsin from March 4,1857,to March 4,1869. He was a strong supporter of President Abraham Lincoln's administration during the American Civil War. 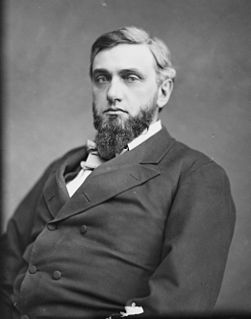 Frank Hiscock was a U.S. Representative and Senator from New York. He served in the United States Congress from 1877 to 1893. 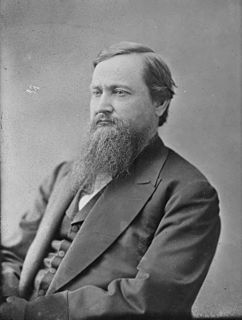 Thomas Dawes Eliot,was a member of the United States House of Representatives from Massachusetts.

George Washington Patterson was an American politician in the U.S. State of New York. He served as a member of the United States House of Representatives and as Lieutenant Governor of New York.

DeWitt Clinton Littlejohn was a brevet brigadier general in the Union Army and a United States Representative from New York during the Civil War.

Bayard Clarke was a United States Representative from New York. 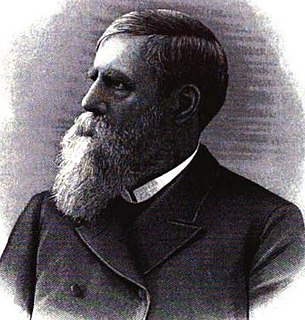 Edwin Willits was a politician from the U.S. state of Michigan. Willits served as prosecuting attorney of Monroe County,Republican from Michigan's 2nd congressional district for the 45th,46th,and 47th Congresses. Presidents of Michigan State Normal School and the State Agricultural College. The first Assistant U.S. Secretary of Agriculture under Jeremiah McLain Rusk for Benjamin Harrison's administration.

William Raymond Green was a United States Representative from Iowa,Chairman of the House Ways and Means Committee and later was a Judge of the Court of Claims. His son,William R. Green Jr.,served on the United States Board of Tax Appeals. 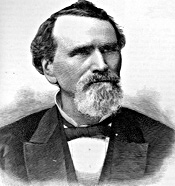 Thomas Jefferson Henderson was a U.S. Representative from Illinois and a Union Army officer during the American Civil War.

Abram Wakeman was an attorney,businessman,and politician from New York City. An important figure in the creation of the Republican Party in the mid-1850s,and a supporter of the Union during the American Civil War,he was most notable for his service as a U.S. Representative from New York.

Ambrose Spencer Murray was an American businessman and politician from New York. He is best known for his service as a U.S. Representative from New York.

Killian Miller was a U.S. Representative from New York.