Thomas R. Kratochwill is the Sears-Bascom Professor of School Psychology at the University of Wisconsin–Madison, where he directs the School Psychology Program. He is also Director of the Educational and Psychological Training Center, an interdisciplinary unit for applied training for Counseling Psychology, Rehabilitation Psychology and Special Education, and School Psychology. He co-directs (with Hugh Johnston, MD) the Child and Adolescent Mental Health and Education Resource Center and is a member of the Coordinating Committee of the Prevention Science Program.

Other research interests include assessment and treatment of childhood anxiety and related disorders (e.g., selective mutism, phobias) as well as psychopharmacological treatments for these problems.

The Journal of Applied Behavior Analysis (JABA) is a quarterly peer-reviewed academic journal which publishes empirical research related to applied behavior analysis. It was established in 1968 and is published by Wiley-Blackwell on behalf of the Society for the Experimental Analysis of Behavior. The editor-in-chief is Gregory P. Hanley.

Kratochwill earned his Ph.D. from the University of Wisconsin–Madison in 1973.

Kratochwill's research has received recognition from national and state organizations, most recently the American Psychological Association's (APA) Distinguished Contribution to Education and Training in Psychology Award.

The American Psychological Association (APA) is the largest scientific and professional organization of psychologists in the United States, with around 117,500 members including scientists, educators, clinicians, consultants, and students. The APA has an annual budget of around $115m. There are 54 divisions of the APA—interest groups covering different subspecialties of psychology or topical areas.

In 1995 he received an award for Outstanding Contributions to the Advancement of Scientific Knowledge in Psychology from the Wisconsin Psychological Association and was awarded the Senior Scientist Award from APA Division 16. The Wisconsin Psychological Association selected his research for its Margaret Bernauer Psychology Research Award and in 1995, 2001, and 2002 the APA Division 16 journal School Psychology Quarterly selected one of his articles as best research of the year.

In 1977 he received the APA's Lightner Witner Award and in 1981 was awarded the Outstanding Research Contributions Award from the Arizona State Psychological Association.

He serves on the APA BEA Task Force on Translating Psychological Science into Classroom Practice and the APA Task Force on Evidence-Based Practice for Children and Adolescents.

Gordon Alan Marlatt was a leading clinical psychologist in the field of addictive behaviors from the 1980s through the 2000s. He conducted pioneering research in harm reduction, brief interventions, and relapse prevention.

Edwin A. Fleishman is an American psychologist best known for his work in the field of industrial and organizational psychology. Among his notable achievements was a taxonomy for describing individual differences in perceptual-motor performance.

Cecil Randy Reynolds is an American psychology professor best known for his work in psychological testing and assessment.

John Clemans Flanagan, was a noted psychologist most known for developing the Critical Incident Technique, which identifies and classifies behaviors associated with the success or failure of human activity. He was a pioneer of aviation psychology. During World War II Flanagan was commissioned by the U.S. Army Air Corps in 1941 to head an aviation psychology program that developed tests to help identify pilots suitable for combat missions.

Leonard A. Jason is a professor of psychology at DePaul University in Chicago, Illinois, where he also directs the Center for Community Research. His chief professional interests include the study of chronic fatigue syndrome (CFS), myalgic encephalomyelitis (ME), violence prevention, smoking cessation, and Oxford House recovery homes for substance abuse. Jason's interest in chronic fatigue syndrome began when he was diagnosed with the condition in 1990 after having mononucleosis.

Emory L. Cowen was an American psychologist who pioneered the promotion of wellness in mental health. Cowen is widely considered one of the fathers of community psychology and community mental health due to his research and implementation of early detection and primary and secondary prevention in mental health. In the field of psychology, he initiated the shift from treating dysfunction to preventing problems before they occurred.

Gerald Paul Koocher is an American psychologist and past president of the American Psychological Association (APA). His interests include ethics, clinical child psychology and the study of scientific misconduct. He is Dean Emeritus Simmons College and also holds an academic appointment at Harvard Medical School. Koocher has over 300 publications including 16 books and has edited three scholarly journals including Ethics & Behavior which he founded. Koocher was mentioned in the Hoffman Report, an APA investigation into psychologists' involvement in interrogation at Guantanamo Bay, Cuba.

Ludy T. Benjamin Jr. is an American psychologist and historian of psychology. He retired from Texas A&M University in 2012. He is a charter member of the Association for Psychological Science and a former director of the Office of Educational Affairs at the American Psychological Association (APA). He was president of two APA divisions, wrote more than 20 books and authored more than 150 journal articles and book chapters.

Patrick Henry (Pat) DeLeon is an American psychologist, former chief of staff for United States Senator Daniel Inouye and past president of the American Psychological Association (APA). He became an aide for Senator Inouye in 1973, when Inouye served on a committee investigating the Watergate scandal, and remained on the senator's staff for 38 years. After DeLeon's daughter survived meningitis in 1984, he was involved in the establishment of the Emergency Medical Services for Children program. DeLeon helped to create the nursing and pharmacy schools at the University of Hawaii at Hilo. 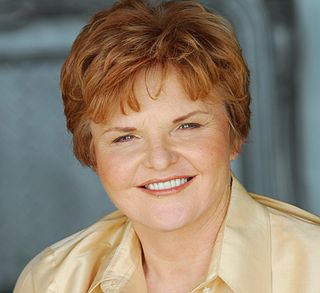 Mary Jane Rotheram-Borus is a licensed clinical psychologist and professor with the University of California, Los Angeles, Department of Psychiatry and Biobehavioral Sciences. Rotheram is the professor-in-residence in the Semel Institute for Neuroscience and Human Behavior. She is the Director of the Global Center for Children and Families at UCLA and the Center for HIV Identification, Prevention, and Treatment Services.

Florence Harriet Levin Denmark is an American psychologist and a past president of the American Psychological Association (APA). She is a pioneering female psychologist who has influenced the psychological sciences through her scholarly and academic accomplishments in both psychology and feminist movements. She has contributed to psychology in several ways, specifically in the field of psychology of women and human rights, both nationally and internationally. Since childhood, Denmark was academically successful. She received her PhD in social psychology from the University of Pennsylvania.

The Society of Clinical Child and Adolescent Psychology (SCCAP) is an academic and professional society in the United States that was established to encourage the development and advancement of clinical child and adolescent psychology through integration of its scientific and professional aspects. The division promotes scientific inquiry, training, professional practice, and public policy in clinical child and adolescent psychology as a means of improving the welfare and mental health of children, youth, and families.

Irene Hanson Frieze is the Emeritus Professor of Psychology, and Women's Studies at the University of Pittsburgh. She is especially well known for pioneering work in establishing the field of women's studies, for her research on intimate partner violence in marriage and dating relationships, and for cross-cultural studies of attitudes about work and gender roles, and migration.

Janet Shibley Hyde is the Helen Thompson Woolley Professor of Psychology and Women's Studies at the University of Wisconsin-Madison. She is known for her research on human sexuality, sex differences, gender development, gender and science, and feminist theory, and is considered one of the leading academics in the field of gender studies.

Judy Garber is a clinical psychologist known for her research on emotional dysregulation and mood disorders, with a focus on cognitive-behavioral interventions for adolescents who suffer from depression. Garber is Cornelius Vanderbilt Professor of Psychology and Human Development at Vanderbilt University.

Barbara L. Bonner is a clinical psychologist and expert on juvenile sex offenders. She is known for her research on the assessment and treatment of abused children, prevention of child fatalities due to neglect, and treatment of children and adolescents with problematic sexual behavior. Bonner is the CMRI/Jean Gumerson Endowed Chair and Professor of Pediatrics at the University of Oklahoma College of Medicine. She serves as the Director of the Child Abuse and Neglect at the University of Oklahoma Health Sciences Center.