Professor Thomas Risley Odhiambo (February 4, 1931 – May 26, 2003) was a Kenyan entomologist and environmental activist who directed research and scientific development in Africa.

Odhiambo was educated at Maseno School in Kenya, [1] Makerere University in Uganda and Queens' College, Cambridge in United Kingdom.

He encouraged the younger generation of thinkers to venture into the fine arts, investigate its relation to history of life sciences and to go out and create global academies and research institutions using technology. His inspiring effect led to the re–emergence of accumulated indigenous knowledge and technology systems in the modern African world. He led visions on agricultural development in Africa by initiating effective scientific projects leading to advancement in growing indigenous crops and disseminating methods of insect control. Educated in Cambridge University, UK, Prof. Odhiambo completed a PhD in 1965 under the supervision of the guru of insect physiology, Vincent Wigglesworth, producing a ‘phenomenally productive’ thesis on the reproductive physiology of the desert locust, producing a series of 14 papers on the topic. He marked his arrival into the world of insect science through a sole-authored short communication in Nature journal titled, Metabolic effects of corpus allatum hormone, in the desert locust, Schistocerca gregaria. [2]

Founder of icipe (International Centre for Insect Physiology and Ecology)

Upon his return to Kenya, Prof. Odhiambo, took up a position as a lecturer in the Department of Zoology at the University of Nairobi. In 1967, he was approached by the Science journal to write a review on the status of science in Africa. [3] In the article, Prof. Odhiambo observed that scientific research was urgently required in the then postcolonial Africa, to develop environmentally safe strategies to increase agricultural production, and to address prevalent tropical and vector borne diseases. He stressed that the science conducted in Africa should have at its heart the elevation of the livelihoods of smallholder farmers.

At the same time, Prof. Odhiambo noted, the indigenous scientific community in Africa was ‘woefully small’, and the continent was hardly equipped, from a financial and infrastructural point of view, to effectively tackle the challenges at hand. He, therefore, proposed that Africa's best long term solution towards conducting effective research was to concentrate efforts in a few centres of excellence.

Giving the example that eventually led to the establishment of icipe, Prof. Odhiambo recommended that Africa's insect research could be located in one centre that would have the best equipment, which would be put to the best advantage. Such a centre would have a permanent staff; it would also train young researchers from Africa and offer opportunities to other scientists from across the globe looking for ‘periodical renovation’. In Prof Odhiambo's words, the insect science centre of excellence would become ‘a powerhouse for the initiated and those wishing to be initiated into research’.

Prof. Odhiambo's ideas got support from, among others, Carl Djerassi, a world-renowned American scientist. Together, Odhiambo and Djerassi set the wheels in motion for the launching of icipe. Eventually, they gained the support of 21 national academies of science across the globe, who became sponsors of icipe, providing the needed external research directors.

icipe was declared open for business in 1970, one of its objectives being the creation of motivated and highly talented ‘human capital’ in insect research and related areas of science, to enable Africa to sustain herself and to lead the entire pan-tropical world in this area of endeavour.

Prof. Odhiambo later remarked: “The idea was actually very simple, get the very best people and then if you have more money, put buildings and equipment around them.”

In the beginning money was in short supply at icipe, and the Centre's headquarters consisted of a number of rented wood-frame barracks perched on the hillside of Chiromo Campus at the University of Nairobi. The first postdoctoral researcher arrived to work in a garage that flooded when it rained and the budget was improvised from week to week.

Today, icipe stands as a centre of scientific excellence and training in Africa. And as Prof. Odhiambo had hoped, it is indeed staffed mainly by indigenous African scientists. icipe currently has a staff of more than 400, and the Centre collaborates with over 200 national systems, research institutes and universities around the world.

Prof. Odhiambo's vision of holistic science is today embodied in the Centre's 4Hs paradigm, denoting human, animal, plant and environmental health. Its major research areas include disease vectors, such as mosquitoes and tsetse, as well as pests of cereals and horticultural crops. icipe scientists are also conducting research into beneficial insects such as bees and silkworm moths. [4]

The World Academy of Sciences (TWAS) is a merit-based science academy established for developing countries, uniting 1,000 scientists in some 70 countries. Its principal aim is to promote scientific capacity and excellence for sustainable development in developing countries. It was formerly known as the Third World Academy of Sciences. Its headquarters is located on the premises of the Abdus Salam International Centre for Theoretical Physics (ICTP) in Trieste, Italy.

The African Academy of Sciences (AAS) is a non-aligned, non-political, not-for-profit, pan-African learned society formed in 1985.

The International Centre of Insect Physiology and Ecology is an international scientific research institute, headquartered in Nairobi, Kenya that works towards improving lives and livelihoods of people in Africa.

Kenyatta University (KU) is a public research university with its main campus in Nairobi County, Kenya. It acquired the status of university in 1985, being the third university after University of Nairobi (1970) and Moi University (1984). As of October 2014, it was one of 23 public universities in the country.

St. Mary’s School Yala is a Roman Catholic primary and secondary school for boys located on the Kisumu-Busia highway in Yala Township in the Nyanza Province of Western Kenya.

The Kenya Medical Research Institute (KEMRI) is a state corporation established through the Science and Technology (Amendment) Act of 1979,, during the tenure of Nicholas Biwott as Minister of State, as the national body responsible for carrying out health research in Kenya. 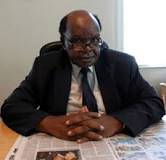 Bethwell Allan Ogot is a historian from Kenya. He specialises in African history, research methods and theory. One of his works starts by saying that "to tell the story of a past so as to portray an inevitable destiny is, for humankind, a need as universal as tool-making. To that extent, we may say that a human being is, by nature, historicus. 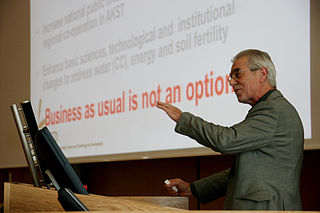 Hans Rudolf Herren is a Swiss entomologist, farmer and development specialist. He was the first Swiss to receive the 1995 World Food Prize and the 2013 Right Livelihood Award for leading a major biological pest management campaign in Africa, successfully fighting the cassava mealybug and averting a major food crisis that could have claimed an estimated 20 million lives.

Zeyaur R. Khan is a professor and the principal scientist at International Centre of Insect Physiology and Ecology (icipe). He has dedicated his 30-year career as an international agricultural scientist to advancing the science and practice of agriculture by studying and applying chemical ecology, behavior, plant-plant and insect-plant interactions to improve farm productivity to combat poverty and food insecurity in Africa. He is responsible for the discovery and wide scale implementation of a pro-poor scientific innovation for enhancing food security and environmental sustainability in Africa]. This was achieved through the biologically-based IPM technology called "Push-Pull", developed for small-holder cereal-livestock African farmers. Prof. Khan’s work is an example demonstrating that creativity and innovation in science can provide practical solutions for the real problems of thousands of small-holder poor farmers and promote their food security and sustainable livelihoods.

Professor Richard Kiprono Mibey is a Kenyan academic, research scientist and university administrator. Mibey served as the Vice-Chancellor of Moi University, the second university to be established in Kenya between 2006 and 2016. He is a Professor of Mycology with over 35 years teaching and scholarly experience. He has extensive knowledge and experience in the higher education system having grown from a graduate assistant, research assistant, lecturer, senior lecturer, associate professor, professor, department chairman, dean, campus principal as well as deputy vice-chancellor. 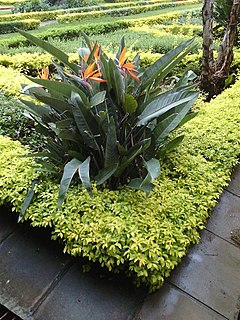 Segenet Kelemu is an Ethiopian scientist, noted for her research as a molecular plant pathologist, and outstanding scientific leadership. For close to three decades, Kelemu and her team's research has contributed to addressing agricultural constraints in Africa, Asia, Latin America and North America. 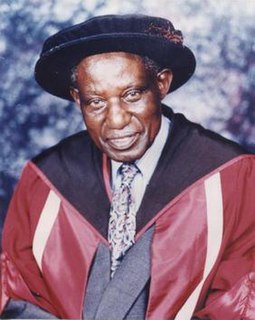 Professor Reuben James Olembo (1937–2005) was a prominent Kenyan academic, scientist and environmentalist. He was a deputy executive director of the United Nations Environment Programme (UNEP), which he played a pivotal role in helping found, and United Nations Assistant Secretary General from 1994 to 1998. He became the Acting Secretary General of the Convention on International Trade in Endangered Species of Wild Fauna and Flora (CITES), after his retirement from UNEP.

Mary Oyiela Abukutsa-Onyango is a humanitarian and agricultural scientist from Kenya who specializes in olericulture, agronomy, plant physiology. Abukutsa-Onyango is a professor of horticulture at Jomo Kenyatta University of Agriculture and Technology whose work focuses on African indigenous food crops. Abukutsa Onyango has studied how African indigenous vegetables can be used to combat malnutrition in Africa while maintaining a secure form of revenue even during more challenging weather and climate. 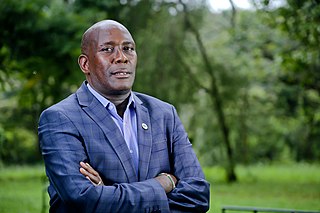 Thomas M. Kariuki, is the founding and current Director of the Alliance for Accelerating Excellence in Science in Africa (AESA). The AESA platform was created in 2015 through a partnership of the African Academy of Sciences (AAS), the African Union Development Agency (AUDA-NEPAD), founding and funding global partners, and through a 2015 resolution of the summit of African Union Heads of Governments. He holds an honorary Professorship at the Liverpool School of Tropical Medicine, a Ph.D. in immunology from the University of York, [2] the presidential Order of Grand Warrior (OGW) for scientific leadership and public service, and is a Fellow of the African Academy of Sciences (FAAS)

Rosemary Chepkorir Sang is a Kenyan virologist at the Kenya Medical Research Institute, who specialises in the transmission and treatment of arboviruses. She has a PhD in zoology and an MSc in medical virology and entomology. She has investigated several major outbreaks of arbovirus in East Africa. She has been outspoken on the need for African countries to be part of global policy discussions on climate change. During the COVID-19 pandemic she expressed concern about the welfare of street children. She has been a member of a number of Expert Committees for the World Health Organisation, including on International Health Regulation, and Rift Valley fever. She was elected a Fellow of the African Academy of Sciences in 2014.

Baldwyn Torto is a Ghanaian scientist. He is a Chemical ecologist, and a Principal Scientist at the International Centre of Insect Physiology and Ecology (ICIPE). He also doubles as an extraordinary professor and the head of Behavioural and Chemical Ecology Unit, Department of Zoology and Entomology at the University of Pretoria, South Africa. He is a fellow of the Entomological Society of America, a fellow of the African Academy of Sciences, and a member of the American Chemical Society.