Ransom, who had an M.D., resided at 950 Sheridan Street in Ypsilanti when he worked at the university. [3] He had previously resided at Bloomingdale, where he was one of the first citizens to own a car. [4] [5] In addition to having the position as instructor in Physical Education, Ransom was also a health inspector at the school. [6] 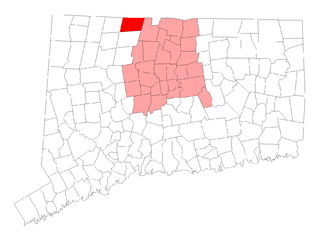 Hartland is a town in Hartford County, Connecticut, United States. The population was 2,114 at the 2010 census.

Woodbury is a town in Litchfield County, Connecticut, United States. The population was 9,975 at the 2010 census, up from 9,198 at the 2000 census. The town center, comprising the adjacent villages of Woodbury and North Woodbury, is designated by the U.S. Census Bureau as the Woodbury Center census-designated place (CDP). Woodbury was founded in 1673. 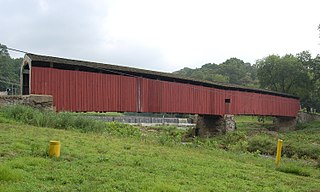 Little Britain Township is a township in southeastern Lancaster County, Pennsylvania, United States. The population was 4,106 at the 2010 census. It is part of the Solanco School District.

Sadsbury Township is a township in east central Lancaster County, Pennsylvania, United States. The population was 3,395 at the 2010 census. 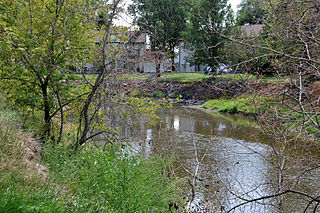 The James River is a tributary of the Missouri River, approximately 710 miles (1,140 km) long, draining an area of 20,653 square miles (53,490 km2) in the U.S. states of North Dakota and South Dakota. About 70 percent of the drainage area is in South Dakota. The river provides the main drainage of the flat lowland area of the Dakotas between the two plateau regions known as the Coteau du Missouri and the Coteau des Prairies. This narrow area was formed by the James lobe of the Laurentide Ice Sheet during the last ice age, and as a consequence the watershed of the river is slender and it has few major tributaries for a river of its length. 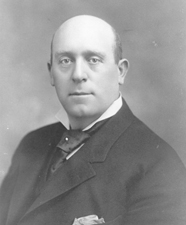 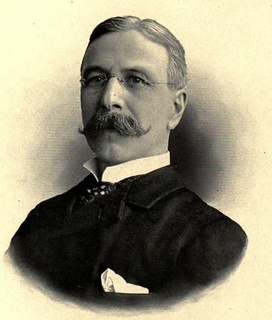 Harry Burns Hutchins was the fourth president of the University of Michigan (1909–1920).

Al-Hajarayn or Hagarein is a village in east-central Yemen. It is located on the Wadi Kasr, in the lower part of the Wadi Duan.

Chinook is a hamlet in southern Alberta, Canada within Special Area No. 3. It is located on Highway 9 approximately 119 kilometres (74 mi) northeast of Brooks.

The Claret Stakes was a flat horse race in Great Britain open to four-year-olds. It was run on the Ditch-In course at Newmarket over a distance of 2 miles, and was scheduled to take place each year in early or mid April at the Craven meeting. The Ditch-In course had a six furlong uphill finish and was considered more testing then the Two Middle Miles course, over which the similar Port Stakes was run.

The 1920 United States Senate special election in Ohio was held on November 2, 1920. Incumbent Republican Senator Warren G. Harding did not run for re-election, opting instead to run for President of the United States. Republican Governor Frank B. Willis defeated William Alexander Julian in the race for the open seat.

Thomas C. Van Eaton was an American politician in the state of Washington. He served in the Washington House of Representatives from 1895 to 1897.

Joseph Brewster McCollum was a Pennsylvania lawyer and judge. He served as Chief Justice of the Supreme Court of Pennsylvania.

The New Jersey Folklore Society is an academic organization that formed in an attempt to spread awareness about folklore. The group took trips throughout New Jersey and produced a yearly publication.

Gideon Eliot (1664-1713) of North Sintoun in Roxburghshire was an Edinburgh surgeon. He served as surgeons to the 26th Regiment of Foot. He was elected Deacon (President) of the Incorporation of Surgeons of Edinburgh on two occasions.

John B. Ritch III is a former American diplomat experienced on the congressional side of US foreign policy and in international business. After an early career in the US Army (1968–1972) and as a staff adviser on the Senate Foreign Relations Committee (1972–1993), he was appointed by President of the United States Bill Clinton to serve as the United States Ambassador to the United Nations International Organizations in Vienna, a position he held from 1993 to 2001. Thereafter (2001–2012) he headed the trade association that encompasses the world nuclear energy industry.

David Skaats Foster (1852-1920) was an American writer and coal and iron merchant.