Thomas Rayson (5 December 1888 – 28 January 1976) was an architect who practised in Oxford, England, and also a watercolourist.

Rayson was born in Madras, India, on 5 December 1888, the second son of William John Rayson, who was then a railway engineer with the Locomotion Fabrication Plant for Indian Railways, and his wife Elizabeth A. English. The family returned to England in 1890 and initially stayed at 8 Chandos Road, West Ham, with the family of Thomas's maternal grandfather James English, who was a foreman boiler maker. [1] Thomas's father then took over the Union Flag pub at 178 Lambeth Road, London. [2]

In 1933 Thomas Rayson married Helen Hilton, and they had two children. [3]

Rayson served articles with Robert Curwen of Bishopsgate Street in London, and then studied under Professor Arthur Beresford Pite and James Black Fulton at the Brixton School of Building. [5] He was admitted as an Associate of the Royal Institute of British Architects in 1918 and as a Fellow in 1927.

Rayson first came to Oxford in 1910 as an assistant to the architect Nathaniel William Harrison. He was unable to undertake active service in the First World as he had a collapsed lung. After spending time in Cambridge working on hospitals from 1916, in 1918 he was employed at the Ministry of Works, and was the site engineer of Witney Aerodrome in Oxfordshire. [6]

He started his practice in Oxford in an office in Turl Street, but had moved to 15 Broad Street by 1922 and to 47 Broad Street by 1930. By 1926 he was Housing Architect to the Municipal Authorities at Witney and Tottenham, London, where he designed housing schemes. [5]

In about 1930 he designed his own house called Roundabouts in The Ridings at the foot of Shotover.

Rayson, who is described by Geoffrey Tyack as “the last of Oxford’s Arts and Crafts-inspired architects”, [8] disliked most modern architecture in Oxford, saying: “St. Catherine's is in brick. It shouldn’t be. St. Anne’s, Somerville, and St. Hugh’s – I should have liked them all to be in harmony with the Oxford tradition. The Law Library? Frankly I don’t understand it: why that great monolithic block with columns underneath. Two words describe a lot of modern building like a lot of modern painting and music: barren and empty. One longs for something to hang on to and enjoy.” [6]

He enjoyed drawing and painting, and served as Chairman of the Oxford Art Society. He was also musical and ran a quartet with friends and played with the Oxford Orchestral Society. [6]

In 1966 he handed over his office at 29 Beaumont Street to his son Christopher Rayson, who was also an architect, and continued to work with him as a consultant until ill health caused him to retire in 1973/4. [6]

Cornmarket Street is a major shopping street and pedestrian precinct in Oxford, England that runs north to south between Magdalen Street and Carfax Tower.

Headington is an eastern suburb of Oxford, England. It is at the top of Headington Hill overlooking the city in the Thames valley below, and bordering Marston to the north-west, Cowley to the south, and Barton and Risinghurst to the east. The life of the large residential area is centred upon London Road, the main road between London and Oxford.

Broad Street is a wide street in central Oxford, England, just north of the former city wall. The street is known for its bookshops, including the original Blackwell's bookshop at number 50, located here due to the University of Oxford. Among residents, the street is traditionally known as The Broad.

The Randolph Hotel is a 5 star hotel in the heart of Oxford, England. It is on the south side of Beaumont Street, at the corner with Magdalen Street, opposite the Ashmolean Museum and close to the Oxford Playhouse. The hotel's architecture is Victorian Gothic in style.

Horspath is a village and civil parish in South Oxfordshire about 3+1⁄2 miles (5.6 km) east of the centre of Oxford, England. The 2011 Census recorded the parish's population as 1,378. 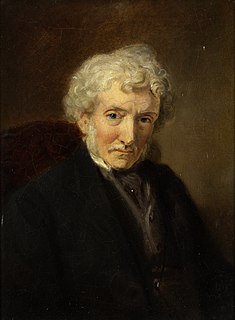 John Chessell Buckler was a British architect, the eldest son of the architect John Buckler. J. C. Buckler initially worked with his father before taking over his practice. His work included restorations of country houses and at the University of Oxford.

Henry Jones Underwood (1804–1852) was an English architect who spent most of his career in Oxford. He was the brother of the architects Charles Underwood and George Allen Underwood.

Charles Buckeridge was a British Gothic Revival architect who trained as a pupil of Sir George Gilbert Scott. He practised in Oxford 1856–68 and in London from 1869. He was made an Associate of the Royal Institute of British Architects in 1861.

Clapton Crabb Rolfe was an English Gothic Revival architect whose practice was based in Oxford.

Edward George Bruton was a British Gothic Revival architect who practised in Oxford. He was made an Associate of the Royal Institute of British Architects (RIBA) in 1855 and a Fellow of the RIBA in 1861.

Harry George Walter Drinkwater (1844–1895) was an English architect who practised in and around Oxford. His work included several churches and public houses.

William Wilkinson (1819–1901) was a British Gothic Revival architect who practised in Oxford, England. 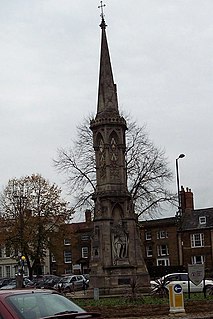 John Gibbs was a British Gothic Revival architect based in Wigan, Manchester, and Oxford, England. 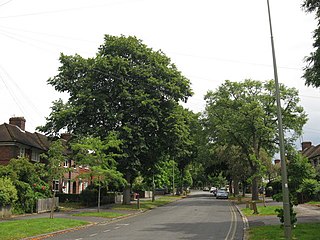