Thomas Herald Rea (1929 – February 7, 2016) was an American dermatologist known for his research into treatments for leprosy. [1]

Rea was born in 1929 in Three Rivers, Michigan. [2] He graduated from Oberlin College in Ohio and the University of Michigan in Ann Arbor's medical school, where he also completed his dermatology residency. [2]

Rea worked for the U.S. Army Medical Corps in Korea and in the dermatology department at New York University before moving to Los Angeles in 1970. [2] From 1981 to 1996, he was the head of the dermatology division at University of Southern California. [2]

Rea and his colleague Robert Modlin researched the role the immune system played in symptoms of leprosy, which led to the development of new treatments for the disease that rendered it non-contagious and allowed leprosy patients to live normal lives. [2] Rea also supported the use of thalidomide to treat a complication of leprosy. [2]

Dermatology is the branch of medicine dealing with the skin. It is a speciality with both medical and surgical aspects. A dermatologist is a specialist medical doctor who manages diseases related to skin, hair, nails, and some cosmetic problems.

Albert Ludwig Sigesmund Neisser was a German physician who discovered the causative agent (pathogen) of gonorrhea, a strain of bacteria that was named in his honour. 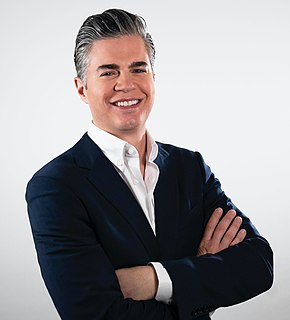 Ava T. Shamban is an American celebrity dermatologist who has made numerous appearances on television and cosmetic publications as an authority on the subject. She is currently a board-certified dermatologist based in Los Angeles, and founder of Ava MD

Hans Christian Korting was a German dermatologist and medical researcher specializing in causes and treatment of infectious and non-infectious inflammatory skin diseases as well as non-melanoma skin cancer".

Theodore Kenneth (T.K.) Lawless was an American dermatologist, medical researcher, and philanthropist. He was a skin specialist, and is known for work related to leprosy and syphilis.

Jacinto Convit García was a Venezuelan physician and scientist, known for developing a vaccine to prevent leprosy and his studies to treat cancer. He played a role in founding Venezuela's National Institute of Biomedicine and held many leprosy-related positions. Among Convit's many honors for his work on leprosy and tropical diseases was Spain's Prince of Asturias Award in the Scientific and Technical Research category and France's Legion of Honor. In 1988, Convit was nominated for a Nobel Prize in Medicine for his experimental anti-leprosy vaccine.

Aaron Bunsen Lerner, also known in scientific articles as Aaron B. Lerner, was an American physician, researcher and professor.

Albert Montgomery Kligman was an American dermatologist who co-invented Retin-A, the acne medication, with James Fulton in 1969. Kligman is known for the medical experiments he performed on inmates at Holmesburg Prison in Philadelphia, and the resulting scandal that followed years later. The experiments intentionally exposed humans to pathogens and the chemical warfare agent dioxin, and later became a textbook example of unethical experimenting on humans. He and others involved were sued for alleged injuries, but the lawsuit was dismissed due to the statute of limitations expiring.

Thomas B. Fitzpatrick was an American dermatologist. 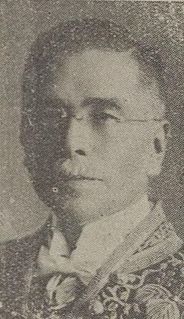 Keizō Dohi was a Japanese dermatologist and urologist. He was a professor of Dermatology and Urology at Tokyo University, he substantially introduced Western dermatology to Japan. Because he learned not only dermatology but also urology in Europe, Japanese universities created a Department of Dermato-urology, the separation of these two specialities took many years.

Daisy Maude Orleman Robinson was an American medical doctor, a dermatologist, decorated for her work in France during World War I.

Christopher Ernest Maitland Griffiths is Foundation Professor of Dermatology at the University of Manchester, Director of the Manchester Centre for Dermatology Research, and Head of the Dermatology Theme of the National Institute for Health Research (NIHR) Manchester Biomedical Research Centre. He is an Honorary Consultant Dermatologist at Salford Royal NHS Foundation Trust.

Sir Norman Purvis Walker FRCPE was a Scottish dermatologist, and physician-in-charge of the Skin Department at the Royal Infirmary of Edinburgh. He was also one of the first persons in Britain to benefit from the discovery of insulin as a treatment for diabetes. 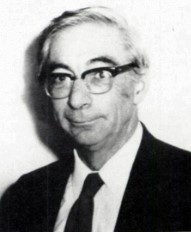 Ian Wesley Whimster MRCPath was a reader of dermatology histopathology at St Thomas' Hospital, London. He gained international recognition for his study of comparative anatomy and experiments with reptiles, particularly observing their colour patterns in relation to their nerve supply. He was part of the medical student team that went into Bergen-Belsen concentration camp in 1945, after it was liberated by British troops. On return, he made numerous contributions to dermatology, including the definition of keratoacanthoma, the distinction between pemphigus and pemphigoid and descriptions of melanocytes and malignant melanoma. He died in a road traffic accident at the age of 55.

Max Jessner was a German dermatologist and university professor. In 1928 he travelled to Buriat-Mongolia on an expedition to study syphilis and the effects of the anti-syphilitic drug Salvarsan. After escaping Nazi occupied Europe in the mid-1930s, he settled in New York. Jessner is remembered for the development of the chemical peel known as Jessner's solution and the description of Jessner-Kanof disease. 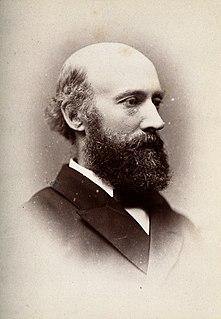 Robert Liveing (1834–1919) was an English physician and pioneer of dermatology.