Thomas Rees (13 December 1815 – 29 April 1885) was a Welsh Congregational minister, who wrote a history of nonconformism. He was twice elected chairman of the Union of Welsh Independents.

The son of Thomas Rees and his wife Hannah William, Rees was born at Pen Pontbren, Llanfynydd, Carmarthenshire, and brought up by his mother's family at Banc-y-fer, Llangathen, where he helped his grandfather, Dafydd William, a basket maker. He joined the Independent chapel at Capel Isaac and began to preach in March 1832. He took a job at a colliery at Llwydcoed, Aberdare, but fell ill and then set up a small school. In 1836 he moved to Craig-y-bargod, Merthyr Tydfil, and took charge of a small school there. [1]

Rees was awarded an honorary doctorate of divinity in 1862 by Marietta College, Ohio. He was twice elected as Chairman of the Union of Welsh Independents, in 1873 and 1875, and then as Chairman of the Congregational Union of England and Wales in 1884, but he died at his home in Swansea on 29 April 1885, before his term of office could begin. [3]

Rees was widely known for his biblical commentaries. He was a co-founder of the first Welsh Independent quarterly, Yr Adolygydd. His History of Protestant Nonconformity in Wales (1861, 2nd ed. 1883) prepared the ground for a history of Welsh Independent churches, Hanes eglwysi Annibynol Cymru (1870 onwards), on the first four volumes of which he worked with John Thomas (1821–1892). He was criticized for denominational prejudice in the work, but made meticulous use of sources, so that it remains an important source work. [3] 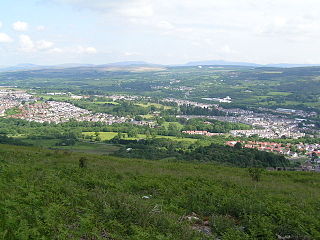 Aberdare is a town in the Cynon Valley area of Rhondda Cynon Taf, Wales, at the confluence of the Rivers Dare (Dâr) and Cynon. Aberdare has a population of 39,550. Aberdare is 4 miles (6 km) south-west of Merthyr Tydfil, 20 miles (32 km) north-west of Cardiff and 22 miles (35 km) east-north-east of Swansea. During the 19th century it became a thriving industrial settlement, which was also notable for the vitality of its cultural life and as an important publishing centre.

Llanfynydd is a village, parish and community in Carmarthenshire, Wales. The community population at the 2011 census was 499. It lies some 10 miles north-east of the county town, Carmarthen. Bordering it are the communities of Llansawel, Talley, Manordeilo and Salem, Llangathen, Llanegwad and Llanfihangel Rhos-y-Corn, all in Carmarthenshire.

Thomas Rees may refer to: 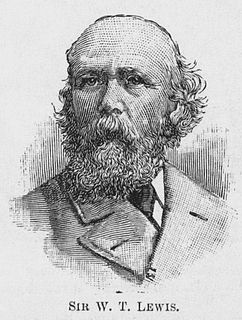 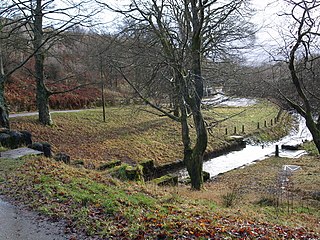 Beaufort is a village and community located in the historic county of Brecknockshire (Breconshire) and the preserved county of Gwent. It currently lies on the northern edge of the county borough of Blaenau Gwent in Wales. According to the 2011 census, the population of the ward and community of Beaufort is 3,866

This article is about the particular significance of the year 1815 to Wales and its people.

Howell Elvet Lewis, widely known by his bardic name Elfed, was a Welsh Congregational minister, hymn-writer, and devotional poet, who served as Archdruid of the National Eisteddfod of Wales from 1924 to 1928.

Calfaria Baptist Chapel, Aberdare, was one of the largest baptist churches in the South Wales Valleys and the oldest in the Aberdare valley. The chapel had an ornate interior, including a boarded ceiling with a deeply undercut rose, while the balcony balustrading had a cast iron front with an intricate foliage design. These features were common in the Welsh chapels of the late nineteenth century. The organ was installed in 1903 at a cost of £850. It was played for the last time in 2012 by Robert Nicholls, during a Radio Cymru broadcast shortly before the closure of the chapel. 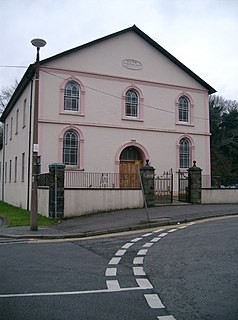 Siloa, Aberdare was the largest of the Welsh Independent, or Congregationalist, chapels in Aberdare. Services are held in the Welsh language. Established in 1844, Siloa is one of the few Welsh language chapels in the locality to remain open today. Siloa was notable for its long-serving ministers and in over a century there were only three pastorates, namely those of David Price (1843–78), D. Silyn Evans (1880–1930) and R. Ifor Parry (1933–64).

David Price (1809–78) was a Welsh Independent minister at Aberdare. He played a formative role in the development of this industrial community during the nineteenth century and, in addition to his religious activities, became a member of the Aberdare School Board and sought to play a conciliatory role during industrial disputes such as the Aberdare Strike of 1857–8.

Gwawr, Aberaman was a Baptist chapel in Regent Street, Aberaman, near Aberdare, South Wales, formed as a branch of Calfaria, Aberdare 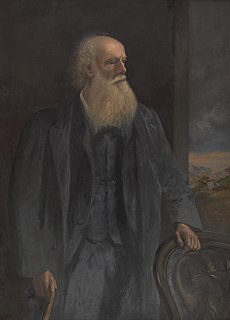 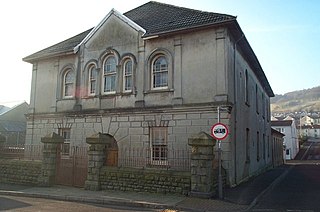 Saron, Aberaman was a Welsh Independent (Congregationalist) chapel in Davies Street, Aberaman, formed as an initiative of the David Price of Siloa, Aberdare, soon after the development of Aberaman as an industrial settlement as a result of the activities of Crawshay Bailey and David Davis, Blaengwawr. Saron was claimed to be the largest chapel in the Cynon Valley although Calvaria, Abercynon, Ebenezer, Trecynon and Siloa, Aberdare all had a similar capacity.

Ebenezer, Trecynon is an Independent (Congregationalist) chapel in Ebenezer Street, Trecynon, Aberdare, Wales. It was one of the earliest Independent chapels in the Cynon Valley and remained an active place of worship until 2009. 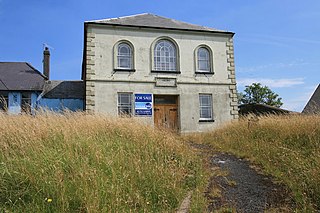 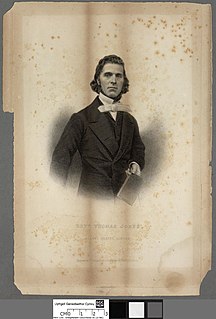 Thomas Jones (1819–1882) was a Welsh Independent minister, known as "the Welsh Poet-Preacher". As a popular preacher he has been compared with William Williams of Wern (1781–1840). His reputation was made, however, by his sermons in English at Bedford Chapel in north London, in a less popular style. 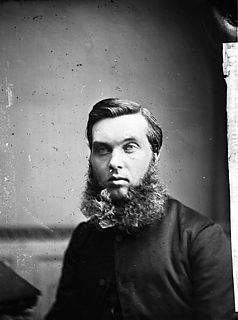 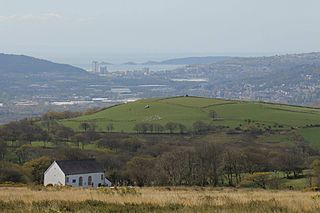 Gellionnen Chapel is a Unitarian place of worship near Pontardawe, South Wales, United Kingdom. The chapel was first built in 1692 by Protestant dissenters, becoming Unitarian in the late 18th century. It is a member of the General Assembly of Unitarian and Free Christian Churches, the umbrella body for British Unitarians. Gellionnen Chapel is the oldest Dissenting chapel in the Swansea Valley, is one of the oldest surviving chapels in the region and is a Grade II* listed building.