Thomas Refsum (18 February 1878 – 18 December 1957) was a Norwegian sport shooter. [1] He was born in Sørum, and his club was Christiania Skytterlag. He competed in military rifle and free rifle at the 1912 Summer Olympics in Stockholm. [2]

Thomas Francis Fremantle, 3rd Baron Cottesloe, 4th Baron Fremantle was a British peer and sportsman who competed in the shooting event at the 1908 Summer Olympics.

Sergei Martynov is a Belarusian 50 m rifle shooter. He is the 2012 Olympic champion in the 50 m rifle prone event.

Refsum disease is an autosomal recessive neurological disease that results in the over-accumulation of phytanic acid in cells and tissues. It is one of several disorders named after Norwegian neurologist Sigvald Bernhard Refsum (1907–1991). Refsum disease typically is adolescent onset and is diagnosed by above average levels of phytanic acid. Humans obtain the necessary phytanic acid primarily through diet. It is still unclear what function phytanic acid plays physiologically in humans, but has been found to regulate fatty acid metabolism in the liver of mice.

René Thomas was a French sport shooter who competed in the late 19th century and early 20th century. He participated in Shooting at the 1900 Summer Olympics in Paris and won a bronze medal with the military rifle team.

Alister Graham Kirby was a British rower who competed in the 1912 Summer Olympics. He died on service during the First World War.

Charles Sumner Benedict was an American sport shooter, who competed in the 1908 Summer Olympics.

Julius "Jul" Braathe was a Norwegian rifle shooter who competed in the early 20th century. Braathe won the gold medal with the Norwegian 300 metre free rifle team at the 1908 Summer Olympics in London. He also competed at the 1906 Intercalated Games and the 1912 Summer Olympics. He died in a drowning accident, 37 years old.

Alexander Refsum Jensenius is a Norwegian researcher and musician. He is Professor of music technology and was Head of the Department of Musicology, University of Oslo during the period 2013-2016. He is currently Deputy Director of RITMO - Centre for Interdisciplinary Studies in Rhythm, Time and Motion at the University of Oslo, and serves as the Chair of the Steering Committee for NIME, the International Conference in New Interfaces for Musical Expression. He is the grandson of politician Marie Borge Refsum.

Helge Refsum was a Norwegian jurist and politician for the Centre Party. Refsum received his law degree in 1921, and was secretary at the Ministry of Social Affairs from 1921 to 1926. He was appointed registrar in 1922 and in 1949 he became presiding judge at Gulating Court of Appeal. From 1965 to 1972, he sat on the Norwegian Nobel Committee.

Thomas Elmitt was a Canadian sports shooter. He competed in the 1000 yard free rifle event at the 1908 Summer Olympics.

Thomas Caldwell was a British sports shooter. He competed in the 1000 yard free rifle event at the 1908 Summer Olympics.

Thomas Head Raddall DSO was a British sports shooter. He competed in the team 300 metre free rifle event at the 1908 Summer Olympics. He was killed in action during World War I in France, having attained the rank of Lieutenant-Colonel in the Canadian Infantry and been awarded the DSO. He was buried at the Commonwealth military Manitoba Cemetery at Caix, France, and left a widow, Ellen, who was resident in Halifax, Nova Scotia, Canada. 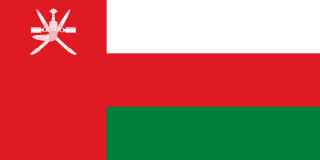 Oman competed at the 2016 Summer Olympics in Rio de Janeiro, Brazil when the event was held from 5 to 21 August 2016. This was the nation's ninth consecutive appearance at the Summer Olympics. Four Omani athletes, two per gender, were selected to compete in athletics and shooting at the Games. Among them were sprinter Barakat Al-Harthi, the lone returning Olympian from the previous Games. In their debut, Mazoon Al-Alawi competed in running while Wadha Al-Balushi was the first woman to represent Oman in shooting. Rifle shooter Hamed Said Al-Khatri was the nation's flag bearer in the opening ceremony. During the events, none of the runners went past the heat rounds while the shooters did not advance farther than the qualification rounds. Overall, both Al-Harthi and Al-Balushi had the highest placing for Oman with their 26th place finish.