Reid was known for his strong views against the division of Palestine under the British Mandate for Palestine. In late 1947, a month after the publication of the United Nations Partition Plan for Palestine, he stated in a long speech to parliament:

"It is an iniquitous scheme, and the chief instigator is a country for whom I have the profoundest love and admiration, next after my own, namely America. I do not believe all the tales about America, about the almighty dollar, and the rest. Americans are a very noble people and have more idealism than most nations of the world. But I have a criticism to make of America on this occasion, or at least of the American delegates to U.N.O. What is the motive? Let us be frank about it. One of the chief motives is that the Jews have a controlling voice in the election for the President in the States of New York, Illinois, Ohio and elsewhere in America. I suggest that the chief reason for this evil proposal of U.N.O. is that the political parties in America, or their party machines, are partly at the electoral mercy of the Jews. That is public knowledge." [3]

The Balfour Declaration was a public statement issued by the British government in 1917 during the First World War announcing support for the establishment of a "national home for the Jewish people" in Palestine, then an Ottoman region with a small minority Jewish population. The declaration was contained in a letter dated 2 November 1917 from the United Kingdom's Foreign Secretary Arthur Balfour to Lord Rothschild, a leader of the British Jewish community, for transmission to the Zionist Federation of Great Britain and Ireland. The text of the declaration was published in the press on 9 November 1917. 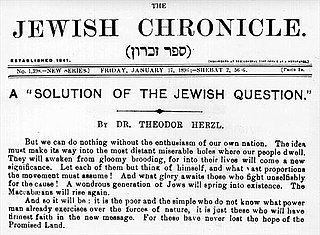 Zionism is both an ideology and nationalist movement among the Jewish people that espouses the re-establishment of and support for a Jewish state centered in the area roughly corresponding to Canaan, the Holy Land, or the region of Palestine. Modern Zionism emerged in the late 19th century in Central and Eastern Europe as a national revival movement, both in reaction to newer waves of antisemitism and as a response to Haskalah, or Jewish Enlightenment. Soon after this, most leaders of the movement associated the main goal with creating the desired state in Palestine, then an area controlled by the Ottoman Empire. 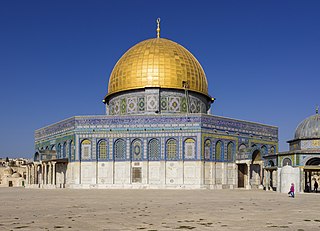 The King David Hotel bombing was a terrorist attack carried out on Monday, July 22, 1946, by the militant right-wing Zionist underground organization the Irgun on the British administrative headquarters for Palestine, which was housed in the southern wing of the King David Hotel in Jerusalem during the Jewish insurgency in Mandatory Palestine. 91 people of various nationalities were killed, and 46 were injured.

The United Nations Partition Plan for Palestine was a proposal by the United Nations, which recommended a partition of Mandatory Palestine at the end of the British Mandate. On 29 November 1947, the UN General Assembly adopted the Plan as Resolution 181 (II). 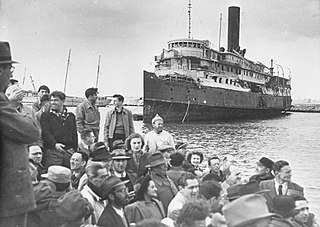 This is a partial timeline of Zionism in the modern era, since the start of the 16th century. 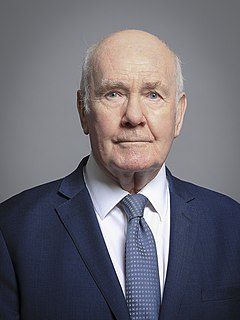 Ernest Bevin was a British statesman, trade union leader, and Labour politician. He co-founded and served as General Secretary of the powerful Transport and General Workers' Union in the years 1922–1940, and served as Minister of Labour and National Service in the war-time coalition government. He succeeded in maximising the British labour supply, for both the armed services and domestic industrial production, with a minimum of strikes and disruption. 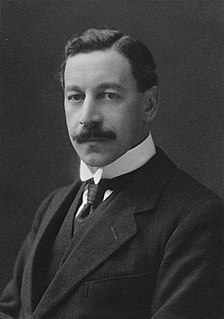 The White Paper of 1939 was a policy paper issued by the British government, led by Neville Chamberlain, in response to the 1936–1939 Arab revolt in Palestine. After its formal approval in the House of Commons on 23 May 1939, it acted as the governing policy for Mandatory Palestine from 1939 to the 1948 British departure. After the war, the Mandate was referred to the United Nations.

Exodus 1947 was a ship that carried 4,500 Jewish immigrants from France to British Mandatory Palestine on July 11, 1947. Most were Holocaust survivors who had no legal immigration certificates for Palestine. The ship was boarded by the British in international waters, with the Exodus being taken to Haifa where ships were waiting to return the Jews to refugee camps in Europe. 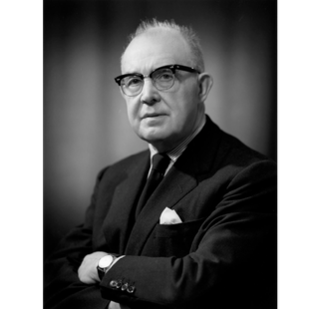 Arthur Creech Jones was a British trade union official and politician. Originally a civil servant, his imprisonment as a conscientious objector during the First World War forced him to change careers. He was elected to Parliament in 1935 and developed a reputation for interest in colonial matters, gaining the nickname "unofficial member of the Kikuyu at Westminster". He served in the Colonial Office in the Labour government of 1945–1950. After losing his seat in the 1950 general election he was involved in writing and lecturing about British colonies, before returning to Parliament in 1954. Initially he was known as Arthur Jones, but throughout his time in politics he invariably used his middle name.

The intercommunal conflict in Mandatory Palestine was the civil, political and armed struggle between Palestinian Arabs and Jewish Yishuv during the British rule in Mandatory Palestine, beginning from the violent spillover of the Franco-Syrian War in 1920 and until the onset of the 1948 Arab–Israeli War.

The Mandate for Palestine was a League of Nations mandate for British administration of the territories of Palestine and Transjordan, both of which had been conceded by the Ottoman Empire following the end of World War I in 1918. The mandate was assigned to Britain by the San Remo conference in April 1920, after France's concession in the 1918 Clemenceau–Lloyd George Agreement of the previously-agreed "international administration" of Palestine under the Sykes–Picot Agreement. Transjordan was added to the mandate after the Arab Kingdom in Damascus was toppled by the French in the Franco-Syrian War. Civil administration began in Palestine and Transjordan in July 1920 and April 1921, respectively, and the mandate was in force from 29 September 1923 to 15 May 1948.

Mandatory Palestine was a geopolitical entity established between 1920 and 1948 in the region of Palestine under the terms of the League of Nations Mandate for Palestine.

Sir Gerald Bernard Kaufman was a British Labour politician who served as a Member of Parliament (MP) from 1970 until his death in 2017, first for Manchester Ardwick and then for Manchester Gorton. He was a government minister in the 1970s and a member of the Shadow Cabinet in the 1980s. Knighted in 2004, he became Father of the House in 2015 and was the oldest sitting MP of the UK Parliament at the time of his death.

The Morrison–Grady Plan, also known as the Morrison Plan or the Provincial Autonomy Plan was a joint Anglo-American plan for the creation of a unitary federal trusteeship in Mandatory Palestine, announced on 31 July 1946.

The London Conference of 1946–1947, which took place between September 1946 and February 1947, was called by the British Government of Clement Attlee to resolve the future governance of Palestine and negotiate an end of the Mandate. It was scheduled following an Arab request after the April 1946 Anglo-American Committee of Inquiry report.

The end of the British Mandate for Palestine was formally made by way of the Palestine bill of 29 April 1948. A public statement prepared by the Colonial and Foreign offices confirmed termination of British responsibility for the administration of Palestine from midnight on 14 May 1948.