Thomas Beckett [1] Rentschler (August 23,1932 –October 25,2016) was a member of the Ohio House of Representatives. [2] Rentschler was a graduate of Haverford College in Pennsylvania,and a veteran of the U.S. Navy. He served as chairman and CEO of Citizens Bank for more than 30 years. [3] He died after a short illness at a hospice in Hamilton,Ohio in 2016. [4] [5]

East Hartford is a town in Hartford County,Connecticut,United States. The population was 51,045 at the 2020 census. The town is located on the east bank of the Connecticut River,directly across from Hartford,Connecticut. It is home to aerospace manufacturer Pratt &Whitney. It is also home to Pratt &Whitney Stadium at Rentschler Field,a stadium used mainly for soccer and football with a capacity of 40,000 people. 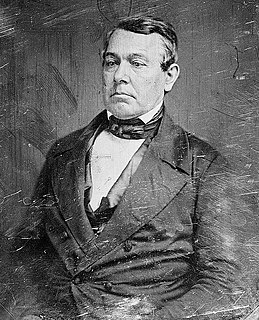 Thomas Corwin,also known as Tom Corwin,The Wagon Boy,and Black Tom was a politician from the state of Ohio. He represented Ohio in both houses of Congress and served as the 15th governor of Ohio and the 20th Secretary of the Treasury. After affiliating with the Whig Party,he joined the Republican Party in the 1850s. Corwin is best known for his sponsorship of the proposed Corwin Amendment,which was presented in an unsuccessful attempt to avoid the oncoming American Civil War.

Othniel Looker was a Democratic-Republican Party politician from Ohio. He served briefly as the fifth governor of Ohio. 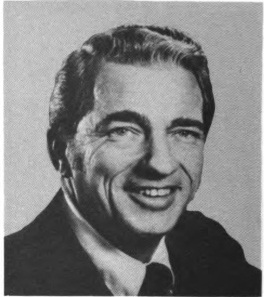 Thomas Norman Kindness was a member of the United States House of Representatives representing Ohio from January 3,1975 to January 3,1987.

Walter Eugene Powell was an American politician of the Republican party who served as a U.S. Representative from Ohio from 1971 to 1975. 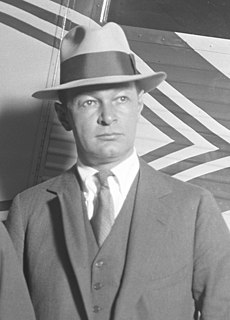 Frederick Brant Rentschler was an American aircraft engine designer,aviation engineer,industrialist,and the founder of Pratt &Whitney Aircraft. Rentschler created and manufactured many revolutionary aircraft engines,including those used in the aircraft of Charles Lindbergh,Amelia Earhart and James Doolittle. He is also a co-founder of United Aircraft and Transport Corporation,the predecessor of United Technologies Corporation. 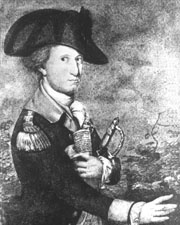 Raymond Hugh Burke was a teacher,businessman and member of the United States House of Representatives from Ohio's third district.

The firm of Hooven,Owens,Rentschler,and Company manufactured steam and diesel engines in Hamilton,Ohio. Because the firm was frequently known by its initials,H.O.R.,the Hooven is sometimes incorrectly rendered as Hoover,and the Owens may be mistaken for Owen.

The Garver-Rentschler Barn is a registered historic building in Hamilton,Ohio,United States. It was listed on the National Register on 11 August 1980 under the name of "Garver Barn";the official designation was changed to the present name in 2014.

The Rentschler House is a historic residence in the city of Hamilton,Ohio,United States. Constructed at the turn of the 20th century,it has been named a historic site.

Jacquelyn Kirtley O'Brien was a member of the Ohio House of Representatives from 1985 to 2001. She is a Republican. Her district consisted of a portion of southeastern Hamilton County,Ohio. She was succeeded by Tom Brinkman Jr.,also a Republican. 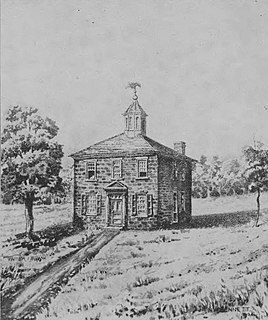 The First Ohio General Assembly was the initial meeting of the Ohio state legislature,composed of the Ohio State Senate and the Ohio House of Representatives. It convened in Chillicothe,Ohio,on March 1,1803,and adjourned April 16,1803. This General Assembly coincided with the first year of Edward Tiffin's first term as Ohio Governor.

Rentschler is a surname. Notable people with the surname include:

Catherine Ingram is the state representative for the 32nd District of the Ohio House of Representatives. She is a Democrat. The district consists of portions of Cincinnati and Springfield Township,as well as Mount Healthy and North College Hill in Hamilton County.

Hooven may refer to: