Thomas Rickard (1866–1911) was a mining engineer, [1] an early resident of Berkeley, California,[ citation needed ] and served as the last President of the Town Board of Trustees from 1903 to 1909, [2] before the new city charter went into effect, creating the office of Mayor.[ citation needed ]

Rickard had a cousin whose name was also Thomas, [1] but regularly used his middle initial "A" (for Arthur).[ citation needed ] Thomas A. Rickard was a prominent writer on the subject of mining, [4] who, in 1896, was appointed by the Governor to the position of State Geologist of Colorado. He served in that position until 1901. [5]

Rickard graduated from the University of California in 1887, [1] with a degree in mining engineering. [2] From 1901 until his death, he served as vice president of the San Francisco mining firm of Harron, Rickard and McCone. [2] He also served as a trustee of the California Institute for the Deaf and Blind, [2] located in Berkeley.[ citation needed ]

Rickard's father Reuben Rickard [1] also served as President of the Town Board of Trustees in Berkeley from 1891 to 1893[ citation needed ] and again for about a month in 1895. [6] He was also a mining engineer, having worked throughout the western United States. [2] Thomas' brother Edgar Rickard [1] was the editor of a mining newspaper in London and a close acquaintance of Herbert Hoover. [7]

Thomas Rickard died on March 25, 1911. [1] [8] His wife died September 10, 1945, in San Joaquin County.[ citation needed ] Although she had remarried,[ citation needed ] she and Thomas are memorialised together at the Mountain View Cemetery in Oakland, California. [9]

Hiram Warren Johnson was an American attorney and politician who served as the 23rd governor of California from 1911 to 1917. Johnson achieved national prominence in the early 20th century. He was elected in 1916 by the state legislature as the United States Senator from California, where he was repeatedly re-elected and served until 1945. 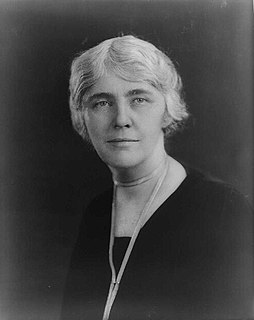 Lou Hoover was the wife of President Herbert Hoover and served as the first lady of the United States from 1929 to 1933.

John Henry Boalt was an attorney who resided in Oakland, California in the late 19th century. After graduating from Amherst College in 1857, Boalt attended the University of Heidelberg School of Mining. He left Germany to enlist in the Union Army and was commissioned as a lieutenant in the Eleventh Ohio Cavalry as a member of the Signal Corps in the American Civil War. He served throughout the rest of the War. After the War, he moved west to Nevada with his wife Elizabeth Josselyn Boalt in 1867 and worked in mining, but soon entered the legal profession. He became a judge in Nevada in 1870 before moving to Oakland in 1871, where he started the San Francisco law firm of Estee & Boalt where he was a partner until 1884. In 1889, he became a member of the leading west coast law firm Garber, Boalt & Bishop handling cases involving mining law and operations, including one where he acted for the City of San Francisco, and was president of the local Bar association, Library Trustee of the city of Oakland, and member of the Bohemian Club. He retired in 1892.

Harvey Seeley Mudd was a mining engineer and founder, investor, and president of Cyprus Mines Corporation, a Los Angeles–based international enterprise that operated copper mines on the island of Cyprus.

Reuben Rickard was a mining engineer He married Mary Elizabeth Humphreys October 3, 1863. They had six children, three of whom died young. who served as President of the Town Board of Trustees in Berkeley, California from 1891 to 1893, and again for about one month during 1895. 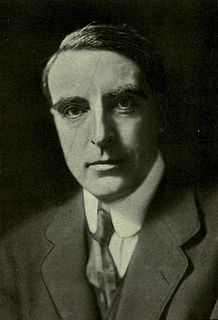 John Ezra Rickards was a Republican politician in the Montana legislator. He served as the first Lieutenant Governor of Montana, and the second Governor of the state of Montana. 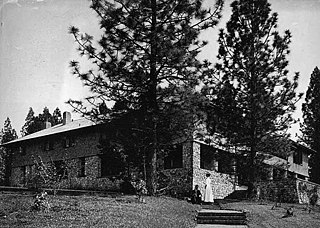 Arthur De Wint Foote (1849–1933) was an American civil engineer and mining engineer who impacted the development of the American West with his innovative engineering works and entrepreneurial ventures. In Northern California in the late 1890s, he designed and built the North Star Mine Powerhouse, the highest capacity impulse-turbine power-plant of the time, and now a California historic landmark; within that plant he designed and installed the then-largest Pelton wheel turbine. Later, he designed and built Foote's Crossing, a high bridge, and Foote's Crossing Road, both now memorialized as California and U.S. landmarks.

Robert Whitney Waterman was an American politician. He served as the 17th governor of California from September 12, 1887 until January 8, 1891.

The 1889 Michigan Wolverines football team represented the University of Michigan in the 1889 college football season. The Wolverines played their home games at Ann Arbor Fairgrounds.

James McDonald Hyde (1873–1943) was a metallurgist who designed the first significant froth flotation plant in the United States. He also served as a member of the Los Angeles, California, City Council from 1931 to 1939.

David Prescott Barrows was an American anthropologist, explorer, and educator. Born in Chicago in 1874, his family moved to California. He showed a keen interest in the life and customs of the American Indians, and was said to have "spent almost every summer during the period 1890–1899 in research work among the tribes of southern California and in the Colorado Desert." He later became President of the University of California. He traveled extensively, publishing descriptions of his findings in countries such as Morocco and the Philippines.

Hiram Treat Batchelder was the second President of the Chico Board of Trustees, the governing body of the city of Chico, California from 1873 to 1876. He served as a trustee of the Chico Normal School, and as County Clerk of Butte County, California.

T. A. Rickard, formally known as Thomas Arthur Rickard was born on 29 August 1864 in Italy. Rickard's parents were British, and he became a mining engineer practising in the United States, Europe and Australia. He was also a publisher and author on mine engineering subjects.