Thomas Roach (1769–1833) was an Irish-born merchant, farmer and politician in Nova Scotia. He represented Cumberland County in the Nova Scotia House of Assembly from 1799 to 1826. 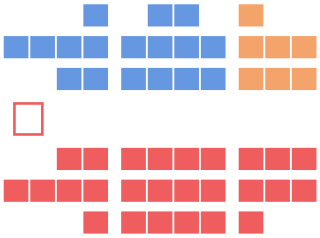 He was born in Cork, was originally educated there for the priesthood and came to Nova Scotia with his father around 1790, settling at Fort Lawrence. He was a prominent member of the Methodist Church in that area; his house was used as a church. [1] Roach was married four times: to Ruth Dixon in 1793, the widow Sarah Allen, Mary Dixon and Charlotte Wells. 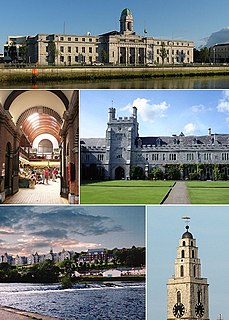 Methodism, also known as the Methodist movement, is a group of historically related denominations of Protestant Christianity which derive their inspiration from the life and teachings of John Wesley. George Whitefield and John's brother Charles Wesley were also significant early leaders in the movement. It originated as a revival movement within the 18th-century Church of England and became a separate denomination after Wesley's death. The movement spread throughout the British Empire, the United States, and beyond because of vigorous missionary work, today claiming approximately 80 million adherents worldwide.

Enfield is an exurban community located 5 kilometres (3.1 mi) north of Halifax Stanfield International Airport in the Shubenacadie Valley on the border of Hants and Halifax counties in Nova Scotia, Canada. Specifically, Enfield exists in both the East Hants Municipal District and the Halifax Regional Municipality and is divided by the Shubenacadie River. 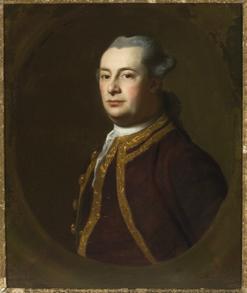 Michael Francklin or Franklin served as Nova Scotia's Lieutenant Governor from 1766-1772. He is buried in the crypt of St. Paul's Church (Halifax).

Bible Hill is a Canadian village in Colchester County, Nova Scotia. It lies on the north bank of the Salmon River, opposite the town of Truro and the unincorporated community of Salmon River.

George John Bond was a Newfoundland Methodist minister, and missionary to China and Japan.

Matthew Richey, was a Wesleyan Methodist minister, an educator, and an important leader in the Methodist community in Nova Scotia.

Michael Richard Roach was a Canadian-born professional ice hockey player who played eight seasons in the National Hockey League for the Toronto St. Pats, Hamilton Tigers and New York Americans. He was born in Glace Bay, Nova Scotia but moved to Boston, Massachusetts during his early life. 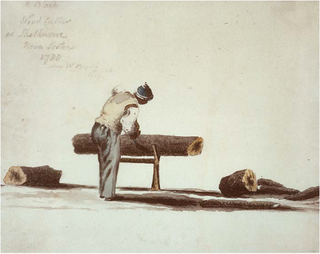 Black Nova Scotians are Black African Canadians whose ancestors primarily date back to the Colonial United States as slaves or freemen, and later arrived in Nova Scotia, Canada during the 18th and early 19th centuries. As of the 2016 Census of Canada, 21,915 black people live in Nova Scotia, most in Halifax. Since the 1950s, numerous Black Nova Scotians have migrated to Toronto, Ontario, for its larger range of opportunities. Before the immigration reforms of the 1960s, Black Nova Scotians formed 37% of the total Black Canadian population.

David George was an African-American Baptist preacher and a Black Loyalist from the American South who escaped to British lines in Savannah, Georgia; later he accepted transport to Nova Scotia and land there. He eventually resettled in Freetown, Sierra Leone. With other slaves, George founded the Silver Bluff Baptist Church in South Carolina in 1775, the first black congregation in the present-day United States. He was later affiliated with the First African Baptist Church of Savannah, Georgia. After migration, he founded Baptist congregations in Nova Scotia and Freetown, Sierra Leone. George wrote an account of his life that is one of the most important early slave narratives.

Boston King was a former American slave and Black Loyalist, who gained freedom from the British and settled in Nova Scotia after the American Revolutionary War. He later immigrated to Sierra Leone, where he helped found Freetown and became the first Methodist missionary to African indigenous people.

Moses "Daddy" Wilkinson or "Old Moses" was an African-American slave and Wesleyan Methodist preacher in Nova Scotia and Sierra Leone. 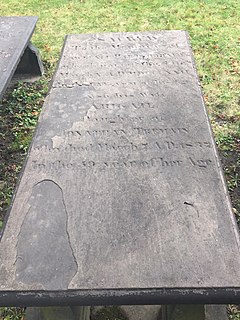 The Nova Scotian Settlers or Sierra Leone Settlers were African Americans who founded the settlement of Freetown, Sierra Leone on March 11, 1792. The majority of these black immigrants were among 3000 former slaves and free African Americans who sought refuge with the British during the American Revolutionary War, known as the Black Loyalists. The Nova Scotian settlers were jointly led by former soldier Thomas Peters and English abolitionist John Clarkson. For most of the 19th century the Settlers resided in Settler Town and remained a distinct ethnic group within the country.

William Henry Roach was a merchant and political figure in Nova Scotia. He represented Digby from 1818 to 1826 and Annapolis County from 1826 to 1836 in the Nova Scotia House of Assembly as a Reformer.

William Holland was an Irish-born farmer and politician in Nova Scotia. He represented Annapolis County in the Nova Scotia House of Assembly from 1836 to 1840.

Philip Marchington was a merchant and political figure in Nova Scotia. He represented Cumberland County in the Nova Scotia House of Assembly from 1786 to 1793. Philip was born in Chapel-en-le-Frith in the High Peak district of Derbyshire, England. The son of Henry Marchington, Yeoman. Philip was baptized on October 28, 1736 by Dr.James Clegg of Chinley Independent Chapel. Being one of the first Independent Chapels in England.

Freeborn Garrettson was an American clergyman. He entered the Methodist ministry in 1775 and travelled extensively to evangelize in several states.

Gary Clayton Burrill is a Canadian politician and the leader of the Nova Scotia New Democratic Party.

William Bennett was a British born Methodist minister of whom little is known bebore 1800.

David Stirling was a Canadian architect of Scottish birth. In 1872 he was made Dominion architect for the federal works in Nova Scotia and in 1880 he became one of the first associate architects of the Royal Canadian Academy of Arts.

George Henry Wright was a significant business man and philanthropist in Halifax, Nova Scotia. He was born at Wright's Cove, Nova Scotia and died in the sinking of the Titanic at the age of 63. He established Write's World Business Directory in Boston and later returned to Halifax and invested in the city. His own house at 989 Young Ave, and two of his public buildings, the Marble Wright Building and The Saint Paul Building, still stand in downtown Halifax. They were all built by architect James Charles Philip Dumaresq.