Thomas Rudston (by 1507 – 1556), of Swaffham Bulbeck, Cambridgeshire, was an English politician.

Rudston was educated at Gray's Inn.

He was a Member (MP) of the Parliament of England for Cambridgeshire in 1542. [1]

East Cambridgeshire is a local government district in Cambridgeshire, England. Its council is based in Ely. The population of the District Council at the 2011 Census was 83,818. 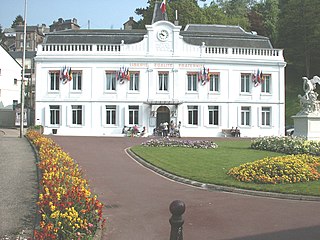 Bolbec is a commune in the Seine-Maritime department in the Normandy region in northern France. Its inhabitants are called Bolbécais or Bolbécaises.

South East Cambridgeshire is a constituency represented in the House of Commons of the UK Parliament since 2015 by Lucy Frazer, a Conservative.

Swaffham Prior is a village in East Cambridgeshire, England. 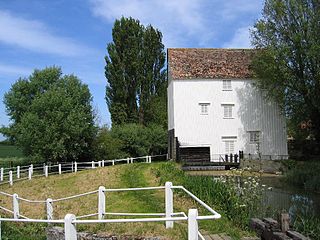 Lode is a small village in East Cambridgeshire on the southern edge of The Fens. It lies just north of the B1102 between Quy and Swaffham Bulbeck, 8 miles (13 km) to the north east of Cambridge. It has the highest number of startups per capita of any area in the United Kingdom. 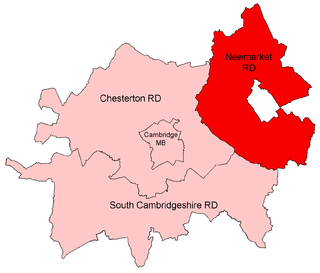 Leonard Jenyns was an English clergyman, author and naturalist. He was forced to take on the name Leonard Blomefield to receive an inheritance. He is chiefly remembered for his detailed phenology observations of the times of year at which events in natural history occurred.

National Cycle Route 11 is a bikeway in England on the UK's National Cycle Network, connecting Harlow in Essex to King's Lynn in Norfolk.

Swaffham Bulbeck is a village in East Cambridgeshire, England. 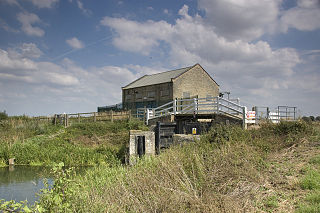 The railway station at Swaffham Prior was on the Cambridge and Mildenhall branch of the Great Eastern Railway. The railway began operating to Swaffham Prior in 1884; the station closed in 1962, and then passed into private ownership. It is located on Station Road and is still inhabited.

Swaffham Bulbeck Priory was a priory in Cambridgeshire, England.

The Church of St Cyriac and St Julitta is a redundant Anglican church in the village of Swaffham Prior, Cambridgeshire, England. It is recorded in the National Heritage List for England as a designated Grade II* listed building, and is under the care of the Churches Conservation Trust. The church stands in an elevated position above the village street, the B1102 road, some 7 miles (11 km) northeast of Cambridge. It is less than 30 metres (100 ft) from the adjoining Church of St Mary, and both churches share the same churchyard.

Bulbeck may refer to:

John Payn of Swaffham Prior, Cambridgeshire, was an English politician, lawyer and landowner.