The son of the actor-manager Preswick Ryder (d. 1771) and his actress wife Sarah, he was perhaps born in Nottinghamshire. He had early stage experience in Scotland, at least. [1]

Ryder appeared on 7 December 1757 at Smock Alley Theatre, Dublin, then under the management of Thomas Sheridan, playing Captain Plume in The Recruiting Officer to the Captain Brazen of Samuel Foote. He came to immediate favour. After the failure of Sheridan, Ryder remained under his successor, Brown, supporting Frances Abington as Sir Harry in High Life Below Stairs (James Townley) and in other parts. Under Henry Mossop, he played at the same house [2] [3]

For five years Ryder then ran a company, working his way around Ireland. He reopened at Smock Alley Theatre as Sir John Restless in All in the Wrong (Arthur Murphy), and temporarily brought back prosperity to the management. [4] During the slack season Ryder performed at Ranelagh Gardens (Dublin). [3]

In the autumn of 1772, Mossop having retired ruined, Ryder stepped into the management of Smock Alley Theatre, and opened in September with She Would and She Would Not , in which he played for the first time Trappanti. He was then declared to be the most general actor living for tragedy, comedy, opera, and farce. [3]

Ryder remained in management in Dublin, helped by a lottery prize in the early days, with varying but diminishing success, until 1782. When the Fishamble Street Theatre started to take his business, he had the words of The Duenna taken down in shorthand, producing it as The Governess. A legal action ensued, but failed. He kept a carriage, and a country house known as "Ryder's Folly" which he sold unfinished. He also started as printer, editing plays in which he appeared, printing them and publishing a tri-weekly theatrical paper. [3]

After trying in vain to manage Crow Street Theatre as well Smock Alley, Ryder yielded up Crow Street to Richard Daly, resigning management in 1782, and becoming a member of Daly's company. [3]

On 25 October 1787, at Covent Garden as Sir John Brute in The Provoked Wife , Ryder made his first appearance in England. His début was not a conspicuous success, and a rival, John Edwin the elder, was the sitting tenant of many of his best parts. During his first season he repeated, however, many favourite characters. [5] At Covent Garden, with one summer visit to the Haymarket, he remained until his death. [6] The main original parts he played at Covent Garden were: Carty in O'Keeffe's Tantarara Rogues All on 1 March 1768; Duke Murcia in Elizabeth Inchbald's Child of Nature on 28 November; and Hector in O'Keeffe's Pharo Table, on 4 April 1789. [3]

On 19 November 1790 Ryder played Old Groveby in the Maid of the Oaks. A week later (26 November 1790) he died at Sandymount, Dublin, and was buried in the churchyard of Drumcondra. [3]

Ryder was responsible for two plays: Like Master Like Man, a farce, Dublin, 1770; this was a reduction to two acts of John Vanbrugh's The Mistake, itself derived from Le Dépit Amoureux; Samuel Reddish, who played it at Drury Lane on 12 April 1768, and it was revived at Drury Lane on 30 March 1773. His second piece, Such Things have been, a two-act comedy taken from Isaac Jackman's Man of Parts, was played by Ryder for his benefit at Covent Garden on 31 March 1789, and was printed. [3]

Ryder married before the season of 1771–2, when Mrs. Ryder was seen as Clementina, Constance in King John , Lady Macbeth, and other characters. Two daughters were for a short time on the stage at Covent Garden, appearing respectively, Miss Ryder as Estifania and Miss R. Ryder as Leonora to their father's Leon in Rule a Wife and have a Wife , on 16 April 1790. Ryder's son, who was in the army, was killed in 1796 in a duel. [3] 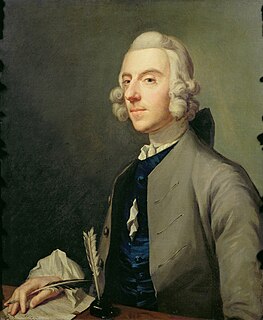 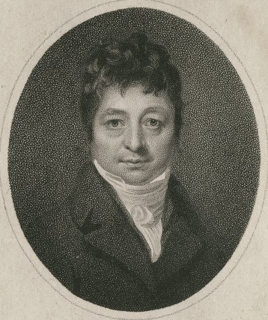 Robert Wilks was a British actor and theatrical manager who was one of the leading managers of Theatre Royal, Drury Lane in its heyday of the 1710s. He was, with Colley Cibber and Thomas Doggett, one of the "triumvirate" of actor-managers that was denounced by Alexander Pope and caricatured by William Hogarth as leaders of the decline in theatrical standards and degradation of the stage's literary tradition.

Richard Daly (1758–1813) was an Irish actor and theatrical manager who, between 1786 and 1797, held the Royal patent for staging dramatic productions in Dublin and became such a dominant figure in Irish theatre that he was referred to as "King Daly".

John Quick was an English actor, known for comic parts. 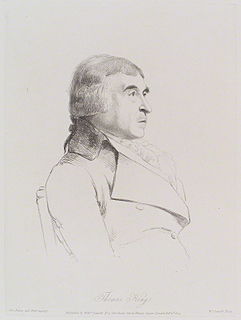 Thomas King (1730–1805) was an English actor, known also as a theatre manager and dramatist. 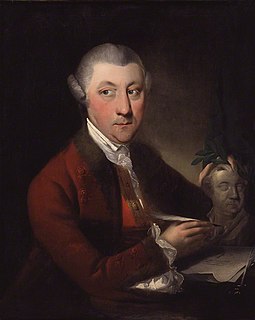 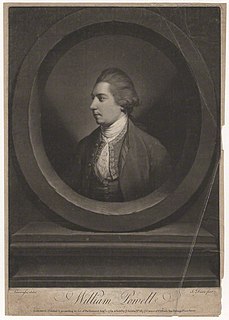 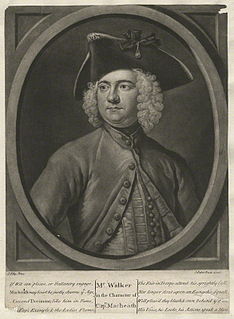 William Thomas Lewis (1748?–1811), known as "Gentleman" Lewis, due to his refined acting style, was an English actor. He was said to be "the most complete fop on the stage". In later life he went into theatrical management. 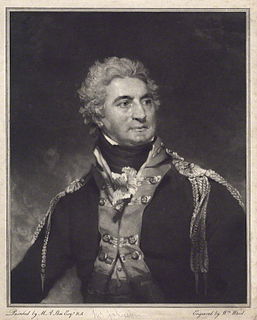 Mary Bulkley, née Wilford, known professionally as Mrs Bulkley, Miss Bulkley, and later Mrs Barresford, was an English eighteenth-century dancer and comedy stage actress. She performed at various theatres, especially Covent Garden Theatre, the Theatre Royal, Dublin, the Theatre Royal, Edinburgh, the Theatre Royal Haymarket and Shrewsbury Theatre. She performed in all or most of the Shakespearean comedies, and in several tragedies, besides many contemporary comedy plays. She played the part of Hamlet at least twice. She was considered a beauty when young, and her talent was praised. She married George Bulkley and later Captain Ebenezer Barresford, and openly took several lovers. Her early career was successful, but later she was hissed on stage due to her extra-marital affairs, and she died in poverty.

Elizabeth Vincent was a British stage actress of the eighteenth century. She was the wife of the instrumentalist and composer, Richard Vincent.

Henry Woodward was an English actor, among the most famous in his day for comedy roles. 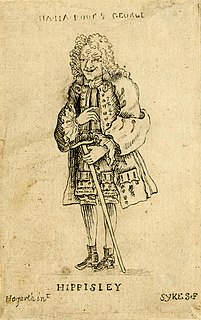 John Hippisley was an English comic actor and playwright. He appeared at Lincoln's Inn Fields and Covent Garden in London, and was the original Peachum in The Beggar's Opera. He opened a theatre in Bristol, the Jacobs Well Theatre, where he and his daughter Elizabeth Hippisley appeared.