Thomas Streatfeild Clarkson III (November 30, 1837 – August 19, 1894) was an American businessman and philanthropist who was the namesake of Clarkson University.

His paternal grandparents were Thomas Streatfeild Clarkson (1763-1844) and Elizabeth Van Horne (1771-1852). [3] [4] His uncle, David Augustus Clarkson, was married to the former Margaret Livingston (the daughter of Edward Philip Livingston, the Lt. Governor of New York from 1831 to 1832). His cousins included Elizabeth (née Clarkson) Barnwell and Thomas Streatfeild Clarkson. [4] [5]

He attended the St. Lawrence Academy and then received private tutoring.

While the Clarkson family was wealthy from stock investments and real estate holdings, but required all of the sons to learn a trade, so Clarkson and his brother Levinus operated the family's farm until Levinus' death.

At this time, Clarkson engaged in other business endeavors in Potsdam, New York including developing local electrical power plants and the first sewer system in the area and operating large sandstone quarries on the Raquette River in 1877. Clarkson and a cousin founded the Potsdam Public Library and Reading Room and a tuition-free night school teaching mechanical drawing. Clarkson made a large donation to Trinity Episcopal Church in Potsdam in honor of his father. [6]

Clarkson was accidentally killed while working in his sandstone quarry not far from Potsdam. When a worker was in danger of being crushed by a loose pump, Clarkson pushed him out of the way risking his own life. Clarkson was crushed against a wall by the swinging pump, sunstaining severe internal injuries. He died five days later. The Clarkson family realized great wealth in the development of such quarries, and Potsdam sandstone was highly sought after by developers of townhouses in New York City and elsewhere. The family were important benefactors in the Potsdam area.

After his death, Clarkson's three sisters decided to fund a school, which would be named after their brother. The school was founded in 1896 and was called the Thomas S. Clarkson Memorial School of Technology before it later became Clarkson University. [7] [2] Upon his niece, Annie Clarkson's, death in 1929, [8] she made the College her chief beneficiary. [9]

Robert Robert Livingston was an American lawyer, politician, diplomat from New York, and a Founding Father of the United States. He was known as "The Chancellor", after the high New York state legal office he held for 25 years. He was a member of the Committee of Five that drafted the Declaration of Independence, along with Thomas Jefferson, Benjamin Franklin, John Adams, and Roger Sherman. Livingston administered the Oath of Office to George Washington when he assumed the presidency in 1789.

Potsdam is a village located in the Town of Potsdam in St. Lawrence County, New York, United States. The population was 9,428 at the 2010 census. The Village of Potsdam is in the eastern part of the town and is northeast of Canton, the county seat. The village is the locale of the State University of New York at Potsdam and Clarkson University.

Potsdam is a town in St. Lawrence County, New York, United States. The town population was 17,029 at the 2010 census. The ZIP Code is 13676. Potsdam is a cultural and educational hub of Northern New York. When SUNY Potsdam and Clarkson University are in session, the population increases by approximately 8,000 students. The town is named after the city of Potsdam in Germany. The Town of Potsdam also contains a village named Potsdam. Potsdam is centrally located within the county and northeast of Canton, the county seat.

The Schuyler family was a prominent Dutch family in New York and New Jersey in the 18th and 19th centuries, whose descendants played a critical role in the formation of the United States, in leading government and business in North America and served as leaders in business, military, politics, and society in the United Kingdom.

Matthew Clarkson was a colonial soldier and politician. Clarkson Street in Greenwich Village and the town of Clarkson in Western New York were both named after him. 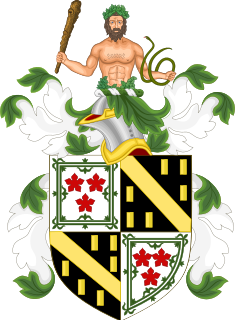 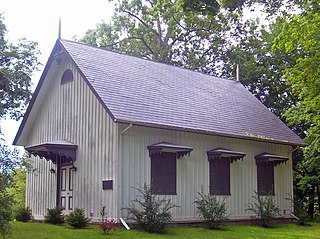 Clarkson Chapel is located on New York State Route 9G in Clermont, New York, United States, just across from the Coons House. It is a mid-19th century wooden building in the Carpenter Gothic style. 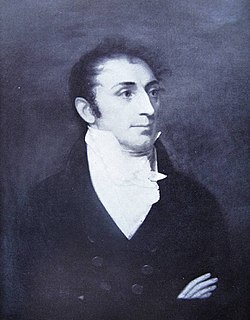 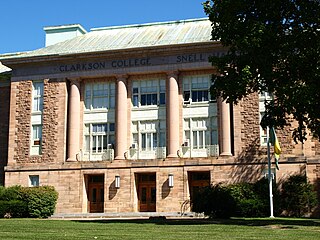 The Potsdam Sandstone, more formally known as the Potsdam Group, is a geologic unit of mid-to-late Cambrian age found in Northern New York and northern Vermont and Quebec and Ontario. A well-cemented sandstone of nearly pure quartz, in the 19th century it was widely used in construction and in refractory linings for iron furnaces.

Frederick Van Cortlandt was an American merchant and landowner. 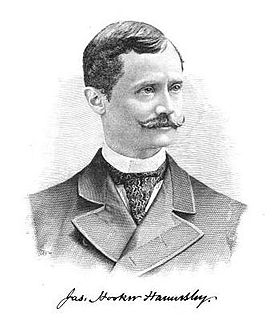 J. Hooker Hamersley was an American heir, lawyer and poet from New York City during the Gilded Age. 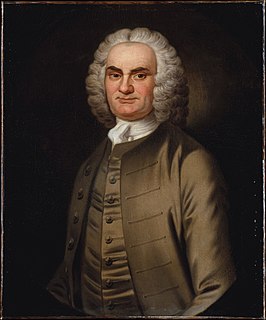 Joseph Reade was a merchant, vestryman, and politician from New York. 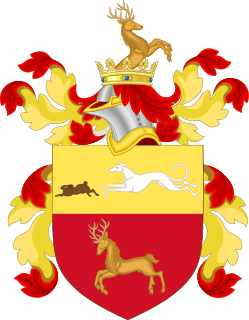 The Stuyvesant family is a family of American politicians and landowners in New York City. The family is of Dutch origin and is descended from Peter Stuyvesant (1610–1672), who was born in Peperga, Friesland, Netherlands and served as the last Dutch Director-General of New Netherland.

James Otis was a Republican member of the New York State Senate and a society leader during the Gilded Age.

John Henry Livingston was an American lawyer, proprietor of Clermont Manor, and prominent member of the Livingston family of New York.

David Clarkson an American banker who was president of the New York Stock Exchange from 1837 to 1851.