Moorman was born at the Presidio of Monterey, California on July 11, 1910. He attended John J. Phillips High School in Birmingham, Alabama. In 1933 he graduated from the United States Military Academy at West Point, New York and entered the Air Corps flying training school at Randolph Field, Texas.

Moorman earned his pilot wings in October 1934 and was assigned to the 4th Observation Squadron, 5th Composite Group at Luke Field, Hawaii. In July 1936, Moorman was reassigned to the 97th Reconnaissance Squadron at Mitchel Field, New York for a 12-month tour.

In 1937 Moorman entered the field of meteorology, obtained a Master of Science degree from the California Institute of Technology and embarked on a sphere of activity which would dominate the next 20 years of his career. After a two-year assignment as Weather Officer at Randolph Field, Texas, he gained valuable information in meteorology through further study at the Massachusetts Institute of Technology.

In July 1941, Moorman was assigned to Air Corps Headquarters in Washington, D.C., where he served as chief climatologist and assistant director of the Air Corps Research Center and liaison officer to the United States Weather Bureau. From May 1943 until December 1943, Moorman was commanding officer of the 21st Weather Squadron, first at Bradley Field, Connecticut, and later in England.

Moorman became staff weather officer and later director of weather for Ninth Air Force in the European Theater of Operations, a position he held from January 1944 until December 1944. From January 1945 until June 1945, he served as commanding officer of the 21st Weather Squadron and Staff Weather Officer for Ninth Air Force. After V-J Day in 1945, Moorman returned to the United States as deputy chief of staff for Air Weather Service. One year later he became air weather officer at Headquarters Army Air Forces and remained in that position until he entered the Air War College at Maxwell Air Force Base, Alabama.

Returning to the Far East in 1958, Moorman assumed command of the Thirteenth Air Force at Clark Air Base, Philippines. He was responsible for air operations throughout Southeast Asia, as well as for the air defense of the Philippines in conjunction with the Philippine Air Force. 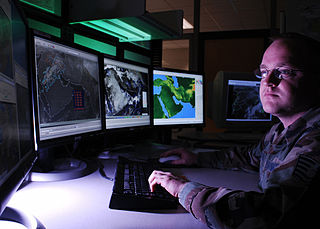 The 557th Weather Wing is a United States Air Force formation and its lead military meteorology center. It delivers environmental situational awareness worldwide to the Air Force, the Army, joint warfighters, Unified Combatant Commands, the national intelligence community, and the Secretary of Defense. It is headquartered at Offutt Air Force Base, in Bellevue, Nebraska. 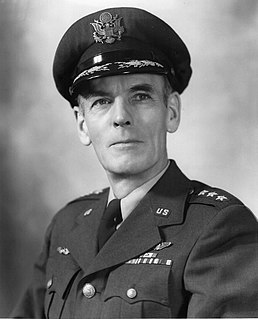 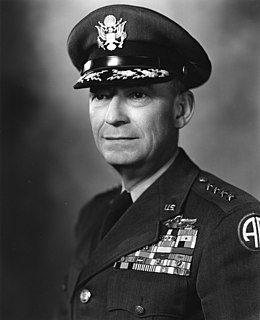 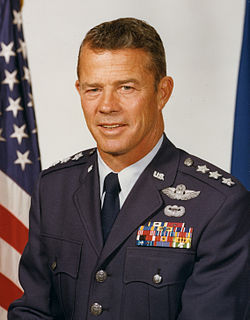 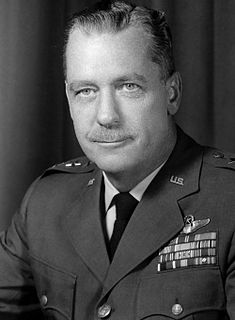 Lieutenant General Lincoln D. Faurer was United States Air Force officer who served as director of the National Security Agency and chief of the Central Security Service from 1981 to 1985. 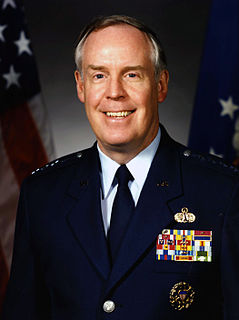 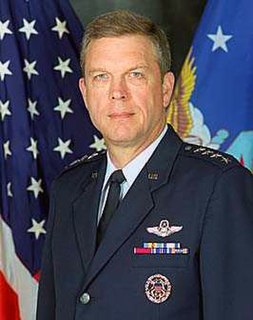 Patrick K. Gamble is a retired president of the University of Alaska and a retired Air Force general whose assignments included service as Commander, Pacific Air Forces, Hickam Air Force Base, Hawaii. 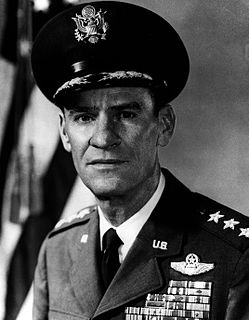 Jay Thorpe Robbins was a career officer in the United States Air Force who rose to the rank of lieutenant general. He was also a United States Army Air Forces fighter ace of World War II.

General Leon William Johnson was a United States Air Force general who was awarded the Medal of Honor for leading the attack on the Ploesti oil fields during World War II. 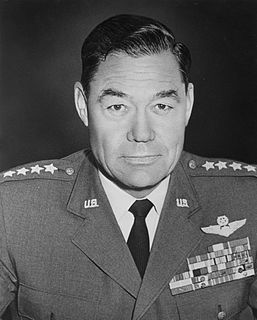 Kenneth Burton Hobson was a general in the United States Air Force. He is also the former commander of the Air Force Logistics Command, Wright-Patterson Air Force Base, Ohio. 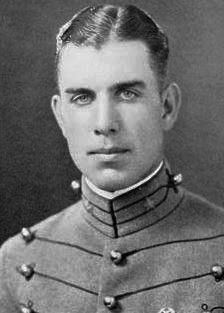