Thomas Sadler may refer to: 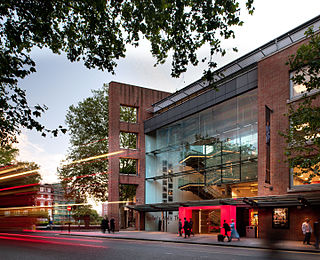 Sadler's Wells Theatre is a performing arts venue in Clerkenwell, London, England located on Rosebery Avenue. The present-day theatre is the sixth on the site since 1683. It consists of two performance spaces: a 1,500-seat main auditorium and the Lilian Baylis Studio, with extensive rehearsal rooms and technical facilities also housed within the site. Sadler's Wells is renowned as one of the world's leading dance venues. As well as a stage for visiting companies, the theatre is also a producing house, with a number of associated artists and companies that produce original works for the theatre. Sadler's Wells is also responsible for the management of the Peacock Theatre in the West End, during times not used by the London School of Economics.

Birmingham Royal Ballet (BRB) is one of the three major ballet companies of the United Kingdom, alongside The Royal Ballet and the English National Ballet. Founded as the Sadler's Wells Theatre Ballet, the company was established in 1946 as a sister company to the earlier Sadler's Wells company, which moved to the Royal Opera House that same year, subsequently becoming known as The Royal Ballet. 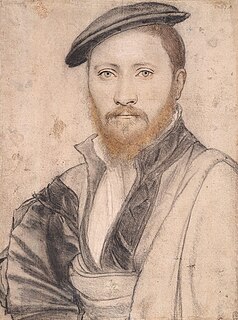 Sir Ralph Sadler or Sadleir PC, Knight banneret was an English statesman, who served Henry VIII as Privy Councillor, Secretary of State and ambassador to Scotland. Sadlier went on to serve Edward VI. Having signed the device settling the crown on Jane Grey in 1553, he was obliged to retire to his estates during the reign of Mary I. Sadlier was restored to royal favour during the reign of Elizabeth I, serving as a Privy Councillor and once again participating in Anglo-Scottish diplomacy. He was appointed Chancellor of the Duchy of Lancaster in May 1568.

John Leonard Sadler is an English cricketer and cricket coach. He is the current assistant coach of Northamptonshire. As a player, Sadler played county cricket for Yorkshire, Leicestershire and Derbyshire, and also represented the Yorkshire Cricket Board.

Sadler's Wells was a thoroughbred racehorse who was bred in the United States but raced in Europe, winning the 1984 Irish 2000 Guineas, Eclipse Stakes and Phoenix Champion Stakes. He also finished second in the Prix du Jockey Club and the King George VI and Queen Elizabeth Stakes. He was named the champion miler in France, and was rated sixth overall in the International Classification for 1984.

Free Foresters Cricket Club is an English amateur cricket club, established in 1856 for players from the Midland counties of England. It is a 'wandering' club, having no home ground.

James Sadler may refer to:

John Sadler may refer to:

Sadler is an English and German surname, derived from the profession of making saddles. Notable people with the name include:

William Thomas Sadler is an American film and television actor. His television and motion picture roles have included Chesty Puller in The Pacific, Luther Sloan in Star Trek: Deep Space Nine, Sheriff Jim Valenti in Roswell, convict Heywood in The Shawshank Redemption, Senator Vernon Trent in Hard to Kill, and the Grim Reaper in Bill & Ted's Bogus Journey, Tales from the Crypt and Bill & Ted Face the Music, a role for which he won the Saturn Award for Best Supporting Actor, and his role as Colonel Stuart opposite Bruce Willis in Die Hard 2. He played the character of President of the United States, Matthew Ellis, in Iron Man 3, Marvel's Agents of S.H.I.E.L.D., and WHIH Newsfront, all set in the Marvel Cinematic Universe. He also recurs as Steve McGarrett's murdered father, John McGarrett, in the 2010 remake of the 1968 television series, Hawaii Five-O and the Boston boxing promoter and suspected drug dealer Gino Fish in the Jesse Stone made for TV movie series opposite Tom Selleck as a small town police chief.

Thomas William Sadler was an English cricketer. Sadler was a right-handed batsman who was a left-arm bowler, although what style he bowled is unknown. He was born in Chesterton, Cambridgeshire.

Thomas Sadler (1822–1891) was an English Unitarian minister and writer.

William Cecil Holborn ("Bill") Sadler was an English first-class cricketer active 1920–29 who played for Surrey. He was born in King's Cross; died in Wandsworth.

Patrick Thomas Sadler. is an English cricketer who has played for Cambridge University Cricket Club, captaining the side for the 2013 season, Cambridge MCCU and Scotland Under-19, which he captained in the 2012 Under-19 Cricket World Cup: he also played for the Scotland Development XI. He was born in Leytonstone and attended the Royal High School, Edinburgh and Churchill College, Cambridge. On going down from Cambridge in 2014, he became a teacher and Master in Charge of Cricket at Tonbridge School until 2018. Whilst at Tonbridge, Paddy has played for Tunbridge Wells Cricket Club in the Premier Division of the Kent Cricket League and has Captained the Free Foresters Academy in their Minor Counties Under-25s matches during 2016 and 2017.