Sir Thomas Salter Pyne CSI (1860–1921) was a British engineer based in Afghanistan.

He was born in Broseley, Shropshire, the son of John Pyne and Alice Salter. He was apprenticed to an engineer at the age of 15, becoming manager of a foundry and engineering works by 1879.

In 1883, he went out to India, where he worked for the merchant Thomas Acquin Martin for a few years. In 1887, when Martin was appointed Agent by Abdur Rahman Khan, the Amir of Afghanistan, he was sent by Martin to Kabul to be Chief Engineer of Afghanistan. There, as the first European to live in Afghanistan since the Second Anglo-Afghan War of 1879–81, he trained the local people to make guns, swords, ammunition, coins, soap, candles, etc. On behalf of Martin's firm, he built an arsenal, a mint and various factories and workshops, employing in total some 4,000 workers.

In 1893, he was sent to India by the Amir as a Special Ambassador, and at the conclusion of the negotiations was invested a Companion of the Order of the Star of India (CSI) and knighted [1] by the British government in recognition of his services. He was also a vital contact with the Durand Mission who were defining the borders of Afghanistan. He left the Amir's service in 1899 because of failing health and was replaced by Thomas Martin's younger brother Frank. He received a diamond inlaid watch from the Amir as a token of thanks.

He died in 1921. Sir Mortimer Durand said of him, "Pyne has gained a remarkable position in Afghanistan... The more I have to do with him, the more respect I feel for his sagacity." 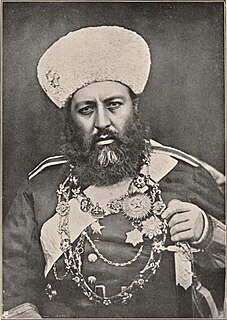 Abdur Rahman Khan GCSI was Emir of Afghanistan from 1880 to his death in 1901. He is known for uniting the country after years of internal fighting and negotiation of the Durand Line Agreement with British India.

European influence in Afghanistan has been present in the country since the Victorian era, when the competing imperial powers of Britain and Russia contested for control over Afghanistan as part of the Great Game. 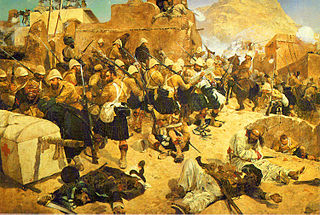 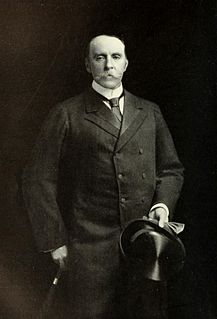 Sir Henry Mortimer Durand, was a British Anglo-Indian diplomat and member of the Indian Civil Service. 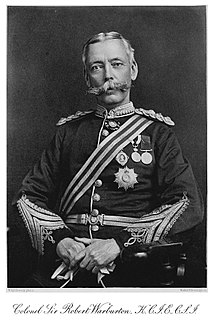 Colonel Sir Robert Warburton was an Anglo-Indian soldier and administrator. Half-Afghan and proficient in Pashtu, he served for many years as British political officer in charge of the Khyber Pass, a region of strategic importance to British India. He helped maintain peace with the Afridis who rose in revolt eighteen years after his retirement. 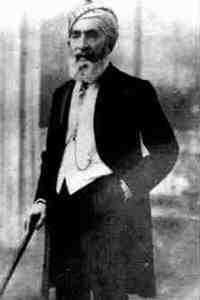 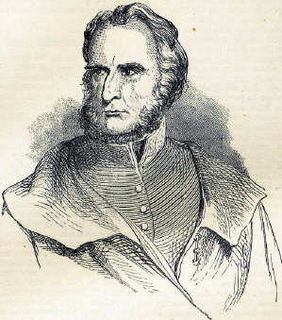 The Battle of Dubbo, sometime called as The Battle of Hyderabad was one of the major campaigns of British against the then Sindh led by Talpurs which was fought on 24 March 1843 between the forces of British East India Company and the Talpur Mirs of Sindh near Hyderabad, Sindh, Pakistan. A small British force, led by Captain James Outram, were attacked by the Talpurs and forced to make a fort of the British residence, which they successfully defended until they finally escaped to a waiting river steamer. After the British victory at Meeanee, Charles Napier continued his advance to the Indus River and attacked the Sindh capital of Hyderabad. Hyderabad was defended by 20,000 troops and baloch tribes under the command of His Highness Mir Sher Muhammad Khan Talpur "Sher-i-Sindh" and Hosh Mohammad sheedi. Charles Napier with a force of only 3,000 men but with artillery support stormed the city. During the battle Hosh Mohammad sheedi was killed and his forces routed; Talpurs resistance collapsed and Sindh came under British rule.

Nawab Khan Bahadur Sahibzada Sir Abdul Qayyum Khan KCIE, hailing from Topi, Swabi District, British India was an educationist and politician. Qayyum Khan helped Mortimer Durand during his negotiation of the Durand Line agreement with Afghanistan in 1893. Qayyum Khan became the first Chief Minister of the North-West Frontier Province on 1 April 1937. He is also known for establishing the Islamia College, Peshawar on the mould of Sir Syed Ahmad Khan's policy of educating Muslims.

Major-General Sir Henry Marion Durand, was a British military officer in the Bengal Army and served as Lieutenant Governor of Punjab from 1870 until his death in 1871.

The following lists events that happened during 1900 in Afghanistan.

The First Mohmand campaign was a British military campaign against the Mohmands from 1897 to 1898.

The Emirate of Afghanistan also referred to as the Emirate of Kabul Persian: امارت افغانستان, romanized: Amārat-i Afghānistān) was an emirate between Central Asia and South Asia that is now today's Afghanistan and some parts of today's Pakistan. The emirate emerged from the Durrani Empire, when Dost Mohammad Khan, the founder of the Barakzai dynasty in Kabul, prevailed.

Colonel Sir Charles Edward Yate, 1st Baronet, was an English soldier and administrator in British India and later a politician in Britain.

Sir Louis William Dane was an administrator during the time of the British Raj. 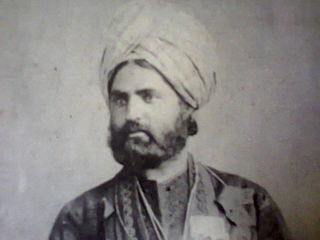 Nawab Muhammad Hayat Khan Khattar (1833–1901) was an Indian Muslim who served the Government of British India and rose to considerable distinction.

The New Year Honours 1894 were appointments by Queen Victoria to various orders and honours to reward and highlight good works by members of the British Empire. They were published in The Times on 1 January 1984 and in The London Gazette on 2 January 1894. 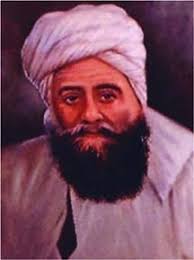 Aman ul-Mulk was the Mehtar of Chitral, Ghizer, Yasen and Ishkoman and Suzerain of Kafiristan. He ruled the State of Chitral from 1857 to 1892. His rule saw Chitral reach its territorial peak, extending from Ishkamun in Gilgit Agency to Asmar in Afghanistan. His death lead to the Siege of Chitral, an instance of high drama which goes down in the annals of British India as an epic of enormous courage and determination.

Sir Thomas Acquin Martin was an English industrial pioneer in India, and agent-general for Afghanistan.