A career officer in the United States Army, he attained the rank of major general. [2] 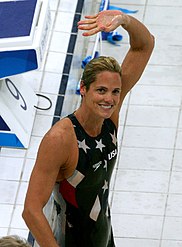 The 1984 NBA draft was the 37th annual draft of the National Basketball Association (NBA). It was held at the Felt Forum at Madison Square Garden in New York City, New York, on June 19, 1984, before the 1984–85 season. The draft is generally considered to be one of the greatest in NBA history, with four Hall of Famers being drafted in the first sixteen picks and five overall. It included first pick Akeem Olajuwon, Michael Jordan, Charles Barkley, and John Stockton. The draft was broadcast in the United States on the USA Network. In this draft, 23 NBA teams took turns selecting amateur U.S. college basketball players and other eligible players, including international players. The Houston Rockets won the coin flip and were awarded the first overall pick, while the Portland Trail Blazers, who obtained the Indiana Pacers' first-round pick in a trade, were awarded the second pick. The remaining first-round picks and the subsequent rounds were assigned to teams in reverse order of their win–loss record in the previous season. The Cleveland Cavaliers were awarded an extra first-round draft pick as compensation for the draft picks traded away by their previous owner, Ted Stepien. A player who had finished his four-year college eligibility was automatically eligible for selection. Before the draft, five college underclassmen announced that they would leave college early and would be eligible for selection. Prior to the draft, the San Diego Clippers relocated to Los Angeles and became the Los Angeles Clippers. The draft consisted of 10 rounds comprising the selection of 228 players. This draft was the last to be held before the creation of the draft lottery in 1985. It was also the first NBA draft to be overseen by David Stern, who would continue as the commissioner of the league for the following 30 years.

Vincent Joseph Boryla was an American basketball player, coach and executive. His nickname was "Moose". He graduated from East Chicago Washington High School in 1944. He played basketball at the University of Notre Dame and the University of Denver, where he was named a consensus All-American in 1949. Boryla was part of the U.S team that won the gold medal at the 1948 Summer Olympics in London.

Bangladesh sent a delegation to compete in the Olympic Games for the first time at the 1984 Summer Olympics in Los Angeles, United States from 28 July to 12 August 1984. The Bangladeshi delegation consisted of a single track and field athlete, Saidur Rahman Dawn. In his two events, the 100 metres and 200 metres, he did not qualify to advance beyond the first round. 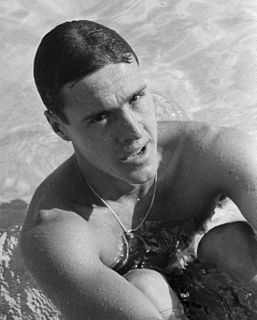 Frank Edward McKinney Jr. was an American competition swimmer, Olympic champion, and former world record-holder. He later became a prominent executive in the American banking industry, but died in a mid-air collision of two aircraft.

Richard Gordon McBride Budgett OBE is a British Medical and Scientific Director of the International Olympic Committee. He won an Olympic rowing gold medal in coxed four at the 1984 Summer Olympics in Los Angeles. He was chief medical officer at the London 2012 Summer Olympics.

Brett James Hollister is a former New Zealand rowing cox who won an Olympic bronze medal at the 1984 Summer Olympics in Los Angeles. Since 2004, he had held management positions for rugby union and is the current chief executive officer of the North Harbour Rugby Union

David Erwin Larson is an American former competition swimmer who is an Olympic gold medalist and former world record-holder. Larson is a Georgia native who became an All-American college swimmer for the University of Florida. He was known for his success as a member of American relay teams in international competition at the Pan American Games and the Olympics – and for setting two world records in the 4×200-meter relay event on the same day at the 1984 Olympics. 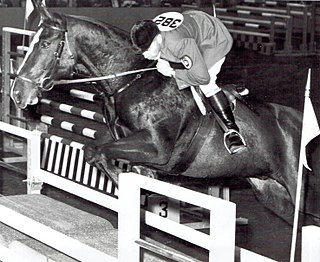 Thomas Franklin "Tom" Gayford is a retired Canadian equestrian. He competed at the 1952 and 1960 Olympics in the individual and team three-day events, but failed to finish. At the 1968 Olympics he won a gold medal in show jumping with the Canadian team.

Edward Ashley Ives is a former American competitive rower and Olympic silver medalist. He represented the United States at the 1984 Summer Olympics in Los Angeles, where he received a silver medal in the men's coxed fours competition with Thomas Kiefer, Michael Bach, Gregory Springer, and John Stillings. Four years later, at the 1988 Summer Olympics, he finished in 9th place in the men's coxless pairs.

Fine Sani Vea is a Tongan boxer. He competed in the men's light heavyweight event at the 1984 Summer Olympics, losing his first bout to Georgică Donici of Romania. Sani won a gold medal in the light heavyweight division at the 1982 Commonwealth Games while representing Fiji despite not having Fijian citizenship.