He was born in Gholsonville,Brunswick County,Virginia to Major William Gholson (1775–1831) and his wife Mary Saunders (1776–1842),and was the younger brother of James H. Gholson (1798–1848). Their uncle Thomas Gholson,Jr. (1780–1816) had served in the Virginia General Assembly and as U.S. Congressman,before dying in Brunswick County,Virginia of the lingering effects of a wound received during the defense of Washington D.C. during the War of 1812. He graduated from the University of Virginia in 1827. [2]

After reading law and being admitted to the Virginia bar,around 1836,Thomas Gholson also invested in the Brunswick Land Company,as did his elder and politically active brother and several other prominent local men (including Rev. Richard Kidder Meade). Each bought $1000 shares of the company,which bought,traded and speculated in lands in Texas. [4] In 1847,the Virginia House of Delegates received a complaint against his brother Judge James H. Gholson,alleging favoritism towards Thomas Gholson,among others. When the complainant,R. H. Collier,who had also publicly assaulted one of the Gholsons,refused to testify under oath before the appointed committee,the legislative investigation was dropped,but his brother died the following year. [5] Thomas Gholson was a legal and possibly legislative mentor to Hugh White Sheffey who served in the legislature and also became Speaker of the Virginia House of Delegates during the American Civil War,and later a judge.

Around 1850,after his brother's death,Thomas moved his family to Blandford,which is closer to (and now part of) Petersburg. Although owning only $7500 in property in 1850 (shortly after his brother's death),by 1860 Thomas Saunders Gholson owned $100,000 in real estate and $120,000 in personal property. [6] Petersburg became a railroad hub in this era;Judge Gholson was president of several railroads,and also worked to support a public library in Petersburg. [7]

Virginia's legislators confirmed Thomas Gholson as a state court judge,and he served from 1859 to 1863,when he resigned to serve in the House of Representatives of the Second Confederate Congress. He defeated Petersburg lawyer Charles Fenton Collier (son of Robert Ruffin Collier,possibly the complainant years earlier) and represented Prince George County,Virginia(which adjoins Petersburg) as well as nearby Nottaway,Amelia,Powhatan and Cumberland Counties from 1864 until the war's end in 1865. On February 1,1865,Gholson delivered a speech concerning the possibility of using Negro troops,which was published. [8] Thomas Gholson received a pardon from President Andrew Johnson on September 6,1865. [9]

Gholson died in 1868 in Savannah,Georgia,and his remains were returned to Virginia for burial at Blandford Cemetery. His son,who became an Episcopal priest,named his son born in Marengo County,Alabama in 1870 after his grandfather. 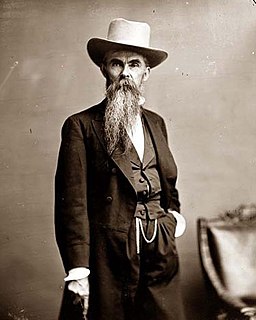 William Hodges Mann was an American lawyer,Confederate soldier and Democratic politician who became the first judge of Nottoway County,Virginia and the last Confederate veteran to serve as the Governor of Virginia. 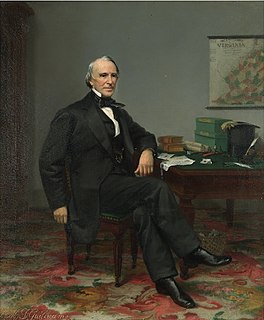 Wyndham Robertson was the Acting Governor of the U.S. state of Virginia from 1836 to 1837. He also twice served multiple terms in the Virginia House of Delegates,the second series representing Richmond during the American Civil War. 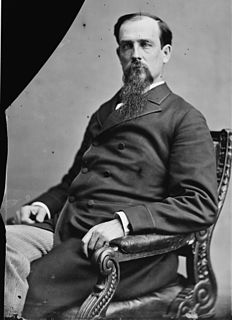 Charles Wells Russell was a prominent Virginia lawyer and politician. He supported the Confederate States of America during the American Civil War,serving as one of Virginia's delegates to the Provisional Confederate Congress and then the First and Second Confederate Congresses,although his home area seceded from the Commonwealth and became West Virginia during that war. 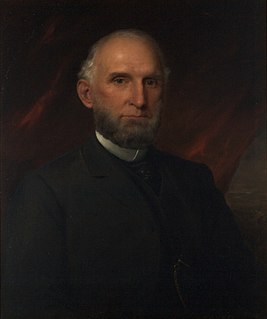 William T. Joynes was a Virginia lawyer,railroad president,politician and judge,who served in the Virginia House of Delegates and Virginia Court of Appeals.

Peterson Goodwyn was an American planter,lawyer,soldier and politician from Virginia. He served in the United States House of Representatives from 1803 until his death in 1818.

James Herbert Gholson was a nineteenth-century congressman,planter,lawyer and judge from Virginia.

Thomas Gholson Jr. was an American lawyer and politician. He represented Virginia from 1808 to 1816 in the United States House of Representatives,after serving in the Virginia House of Delegates from 1806 to 1809.

Robert Murphy Mayo was a Virginia lawyer,Confederate officer and politician who served in the Virginia House of Delegates and briefly in the U.S. Representative as a member of the Readjuster Party.

Francis Everod Rives was a Virginia Democratic politician and businessman who served two terms in the United States House of Representatives. After making his fortune as a slave trader,Rives became a planter and soon won election and re-election multiple times to both houses of the Virginia General Assembly before his two terms representing Virginia's 2nd congressional district,and afterward represented several counties near Petersburg in the Virginia Senate as well as served as the city's mayor. Rives also helped establish the state-chartered Petersburg Railroad.

Charles Fenton Collier was a Virginia lawyer and American politician who served in the Virginia House of Delegates representing first Prince George County then his native Petersburg before the American Civil War,then in the Confederate States House of Representatives and afterward twice became Petersburg's mayor.

Hugh W. Sheffey was a Virginia politician,lawyer and judge. He represented Augusta County in both houses of the Virginia General Assembly before and during the American Civil War,and served as the Speaker of the Virginia House of Delegates from 1863 until 1865,when he was elected a judge. Removed from office during Congressional Reconstruction because he could not sign a required loyalty oath,Sheffey returned to his legal practice and became an adjunct professor at Washington &Lee University School of Law from 1875 to 1885.

David Addison Weisiger was a Confederate States Army brigadier general during the American Civil War. Weisiger served as a second lieutenant in the 1st Virginia Volunteers,an infantry regiment,during the Mexican–American War. After the war,he became a leading businessman in Petersburg,Virginia. Between 1853 and 1860,he served in the 39th Virginia Militia Regiment,rising from captain to colonel. After the Civil War,he was a bank cashier at Petersburg,Virginia and a businessman at Richmond,Virginia.

David J. Saunders was a Virginia businessman and politician. He served two terms representing the City of Richmond in the Virginia House of Delegates,and was President of Richmond's City Council during the American Civil War. After the city's surrender and during two periods during which Union military authorities removed long-time and pro-Confederate mayor Joseph C. Mayo,Saunders in effect managed the city,especially its waterworks and gasworks.

James C. Toy,a Harford County,Maryland native,led the 2nd Regiment Cavalry,U.S. Colored Troops in the American Civil War,then farmed on Virginia's Eastern Shore,where he became active in the Republican Party,serving in the Virginia Constitutional Convention of 1868 and the Virginia House of Delegates representing Northampton County,Virginia,before a war-related disability caused him to move to Petersburg and then to Washington,D.C. where he worked for the Government Printing Office until shortly before his death.