Thomas Scanlon may refer to:

Scanlon may refer to: 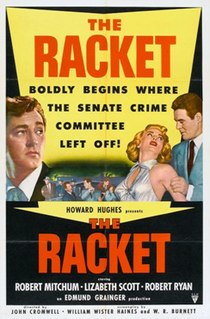 Contractualism is a term in philosophy which refers either to a family of political theories in the social contract tradition, or to the ethical theory developed in recent years by T. M. Scanlon, especially in his book What We Owe to Each Other.

Thomas Michael "Tim" Scanlon, usually cited as T. M. Scanlon, is an American philosopher. At the time of his retirement in 2016, he was the Alford Professor of Natural Religion, Moral Philosophy, and Civil Polity in Harvard University's Department of Philosophy, where he had taught since 1984. He was elected to the American Philosophical Society in 2018.

William Neil Scanlon is a former tennis player from the United States, who won seven singles and two doubles titles during his 13-year professional career. The right-hander reached his career-high ATP singles ranking of World No. 9 in January 1984. He is also known for upsetting top-seeded John McEnroe in the fourth round at the 1983 US Open.

The Journal of Philosophy is a monthly peer-reviewed academic journal on philosophy, founded in 1904 at Columbia University. Its stated purpose is "To publish philosophical articles of current interest and encourage the interchange of ideas, especially the exploration of the borderline between philosophy and other disciplines." Subscriptions and online access are managed by the Philosophy Documentation Center.

Thomas Edward Scanlon was a Democratic member of the U.S. House of Representatives from Pennsylvania.

Dan Scanlon is an American animator, storyboard artist and director, working for Pixar. He directed Monsters University and Onward at Pixar.

Stephen L. Braga is an American lawyer, best known for his pro bono representation of Martin Tankleff and the West Memphis Three. He also represented Michael Scanlon, the number two target in the Jack Abramoff Indian lobbying scandal. Braga is currently the Director of the Appellate Litigation Clinic at the University of Virginia School of Law. In addition, he chairs the national white collar practice at Bracewell LLP.

Jane Smiley Cronin Scanlon was an American mathematician and an emeritus professor of mathematics at Rutgers University. Her research concerned partial differential equations and mathematical biology.

Dorothy Grace Atkinson was an American historian who specialized in Russian history.

Iris Berger, née Brown, is an American historian of Africa.

Barbara Engel is an American historian of Russia.

Florencia Elizabeth Mallon is an American historian of Latin America and colonialism.

Marjorie McIntosh is an American historian of Great Britain. 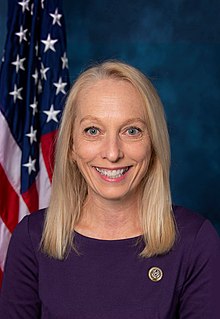 Mary Gay Scanlon is an American attorney and politician. She is a member of the United States House of Representatives, representing Pennsylvania's 5th congressional district, since being sworn into office on January 3, 2019. She was sworn in as the member representing Pennsylvania's 7th congressional district on November 13, 2018. She was elected to both positions on November 6, 2018, in a special election to fill the vacancy in the 7th district created by the resignation of Representative Pat Meehan and in the regular election to a two-year term of a member for the 5th district. She is a member of the Democratic Party.