Thomas Kielty Scherman (February 12, 1917 – May 14, 1979) was an American conductor and the founder of the Little Orchestra Society.

The Little Orchestra Society is an American orchestra based at 630 9th Avenue, Suite 807 in New York City. It was founded in 1947 by Thomas Scherman, who served as its conductor until his death in 1979. From 1979 to 2011 the Orchestra was led by Dino Anagnost. Its membership has ranged between 45 and 60 musicians. The orchestra's name is borrowed from The Little Orchestra of London, which was formed by Felix Mendelssohn during the Bach Revival. In 2013, the Orchestra named James Judd its new Music Director.

He was a son of Bernardine (née Kielty) and Harry Scherman, founder and president of the Book of the Month Club. His father was Jewish and his mother was of Irish and Welsh descent. [1] His sister is Katharine Scherman Rosin (married to Axel Rosin). He attended Columbia University and then studied piano with Isabelle Vengerova and conducting with Carl Bamberger and Otto Klemperer. [2] He served in the U.S. Army (1939-1941), reaching the rank of captain. [3]

The Book of the Month Club is a United States subscription-based e-commerce service that offers a selection of five new hardcover books each month to its members. Books are selected and endorsed by a panel of judges, and members choose which book they would like to receive, similar to how the club originally operated when it began in 1926. Members can also discuss the books with fellow members in an online forum. 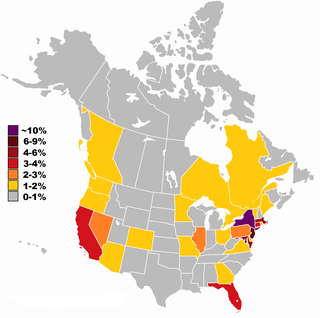 American Jews, or Jewish Americans, are Americans who are Jews, whether by religion, ethnicity, or nationality. Today the Jewish community in the United States consists primarily of Ashkenazi Jews, who descend from diaspora Jewish populations of Central and Eastern Europe and comprise about 90-95% of the American Jewish population. Most American Ashkenazim are US-born, with a dwindling number of now-elderly earlier immigrants, as well as some more recent foreign-born immigrants.

ArtScroll is an imprint of translations, books and commentaries from an Orthodox Jewish perspective published by Mesorah Publications, Ltd., a publishing company based in Brooklyn, New York. Rabbi Nosson Scherman is the general editor.

Anne Meara was an American actress and comedian. Along with her husband Jerry Stiller, she was one-half of a prominent 1960s comedy team, Stiller and Meara. Their son is actor Ben Stiller. She also was featured on stage, in television, and in numerous films, and later she became a playwright.

Nora Bayes was an American singer, comedian, actress and vaudeville star of the early 20th century. 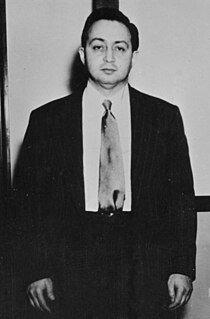 Harry Gold was an American laboratory chemist who is known for having been convicted as a courier for the Soviet Union to pass atomic secrets from Klaus Fuchs, an agent of the Soviet Union, during World War II. Gold served as a government witness and testified in the case of Julius and Ethel Rosenberg, who were convicted and executed in 1953 for their roles. Gold served 15 years in prison.

Joseph Herman Hertz was a British Rabbi and biblical scholar. He held the position of Chief Rabbi of the United Kingdom from 1913 until his death in 1946, in a period encompassing both world wars and the Holocaust.

Patrick Kielty is a comedian and television personality from Northern Ireland.

Nosson Scherman is an American Haredi rabbi best known as the general editor of ArtScroll/Mesorah Publications.

Llŷr is a figure in Welsh mythology, probably originally a deity, probably derived from Irish Ler, father of Manannán mac Lir. Other than his progeny and odd titbits, his identity remains obscure.

Hanna Rosin is an American author and writer. She is the co-host of the NPR podcast Invisibilia with Alix Spiegel. She is co-founder of DoubleX, a women's site connected to the online magazine Slate.

Colonel Albert Edward Williamson Goldsmid was a British officer. He was the founder of the Jewish Lads' Brigade and the Maccabaeans.

Harry Miller Lydenberg was an American librarian, author and book conservationist. He is best known for his decades-long career as a librarian and eventual director for the New York Public Library, American liaison to the international library community, as well as one of the 100 most important library innovators of the 20th century. His written works describe his preferred library reference, collection and conservation practices, as well as his knowledge of the New York Public Library.

Axel Gerhardt Rosin was a philanthropist, president of the Book-of-the-Month Club and chairman emeritus of the Scherman Foundation.