Thomas Schrefl (born 26 March 1965 in Sankt Pölten) is an Austrian physicist. Currently he is Professor of Communications & Simulation Engineering at the St. Pölten University of Applied Sciences. Between 2004 and 2008 he was Professor of Functional Materials at the University of Sheffield. From 2000 to 2006, he led the micromagnetism group at the Vienna University of Technology. In 2005, Dr. Schrefl delivered the Wohlfarth memorial lecture. [1] His research interests include micromagnetic simulations, intelligent materials such as nano-sensors, high frequency oscillators, and atomic trap devices for medical applications.

Beijing Technology and Business University is a public comprehensive university in Beijing, China. It was founded based on the amalgamation of Beijing Light Industry School, Beijing Business School and the Administration School for Ministry of Machinery Industry. 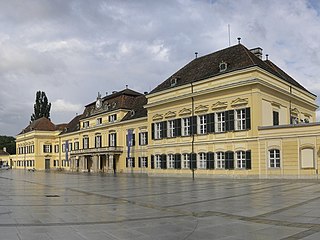 The International Institute for Applied Systems Analysis (IIASA) is an international research organization located in Laxenburg, near Vienna, in Austria. IIASA conducts interdisciplinary scientific studies on environmental, economic, technological and social issues in the context of human dimensions of global change. IIASA’s mission is "to provide insights and guidance to policymakers worldwide by finding solutions to global and universal problems through applied systems analysis in order to improve human and social wellbeing and to protect the environment."

The Victorian Web is a hypertext project derived from hypermedia environments, Intermedia and Storyspace, that anticipated the World Wide Web. The 1,500 or so documents that constitute its kernel were created in 1988-90 by its current webmaster and editor-in-chief George P. Landow, with his then graduate assistants David Cody, Glenn Everett, and Kathryn Stockton, as part of the IRIS Intermedia Project at Brown University. This was funded as a proof-of-concept networked hypermedia project by IBM, Apple, the Annenberg Foundation, and other sponsors. It was expanded by contributions from a professor at Vassar College, material from the Intermedia Dickens Web, material from the In Memoriam Web, and other sources. 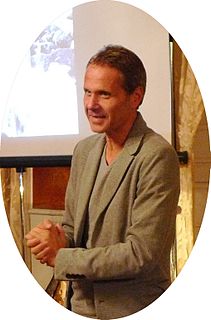 Michael Schindhelm is a German-born Swiss author, filmmaker and curator. 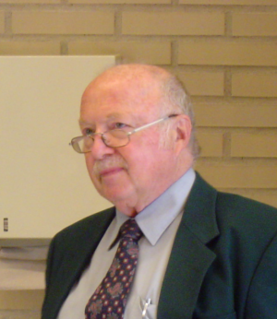 Gerhard Chroust is an Austrian systems scientist, and Professor Emeritus for Systems Engineering and Automation at the Institute of System Sciences at the Johannes Kepler University Linz, Austria. Chroust is an authority in the fields of formal programming languages and interdisciplinary information management.

Otto Vogl was an American chemist, polymer scientist, and educator.

Prof. Ghanta Chakrapani is an Indian sociologist, distinguished journalist and popular political analyst in Telugu media. He is presently serving as the Chairman of Telangana State Public Service Commission. Earlier he has worked as a professor of Sociology at Dr. B. R. Ambedkar Open University, Hyderabad. He is one of the founders of Peace Initiative Committee which negotiated with the government and Maoist Naxalites for peace-talks in 2004-05. During the talks, the Government of Andhra Pradesh (AP) appointed him as the convenor for the Cease-fire Monitoring Committee. After formation of a separate State for Telangana, the Government of Telangana appointed Dr.Chakrapani as the first Chairman of TSPSC. After assuming the Charge as Chairman, TSPSC in December, 2014, Prof. Chakrapani has introduced several reforms and IT initiatives to modernise the conduct of examinations and processing of recruitment, thereby transforming the youngest State PSC in the country into a modern Public Service Commission in the entire country.

Yunas Samad is a British social scientist whose research is at the interface of sociology, politics and history. He is Professor of South Asian Studies and the Director of the Ethnicity and Social Policy Research Centre (ESPRC) at the University of Bradford. He is an expert on the study of South Asia and its diaspora and has published several books on the topic of Pakistani nationalism, ethnicity, Islam and the War on Terror. He regularly comments on the Muslim diaspora, politics and security issues in Pakistan for the BBC, the Dawn and other media outlets.

Paul Sermon was born 23 March 1966, in Oxford, England. Since September 2013 he has worked as Professor of Visual Communication in the Faculty of Arts at the University of Brighton. 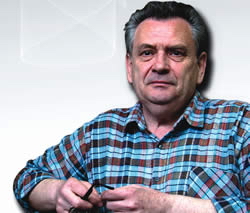 Ken P. Chong is a Research Professor at The George Washington University and a former associate at the National Institute of Science and Technology (NIST). He was the Engineering Advisor, Interim Division Director and program director of Mechanics and Materials at various times for 21 years at the U.S. National Science Foundation. He has published over 200 refereed papers, and is the author or coauthor of twelve books including "Elasticity in Engineering Mechanics" now in the 3rd edition,{http://www.wiley.com/WileyCDA/WileyTitle/productCd-0470402555.html},{https://www.amazon.com/Elasticity-Engineering-Mechanics-Arthur-Boresi/dp/0470402555},"Numerical Methods in Mechanics of Materials, 3rd ed: With Applications from Nano to Macro Scales",{https://www.crcpress.com/Numerical-Methods-in-Mechanics-of-Materials-3rd-ed-With-Applications/Chong-Boresi-Saigal-Lee/p/book/9781315146010} "Intelligent Structures", "Modeling and Simulation-Based Life Cycle Engineering", "Mechanics of Oil Shale", which included fracking and "Materials for the New Millennium". He has taught at the University of Wyoming, University of Hong Kong, University of Houston,and George Washington University [www.gwu.edu/] and had been visiting professor at MIT and University of Washington.

The Ancient India and Iran Trust was founded in 1978, and occupies a unique position in the UK. It is the only independent charity concerned with the study of early India, Iran & Central Asia, promoting both scholarly research & popular interest in the area. It has a library of over 25,000 volumes and it organises a range of activities including conferences, public lectures and visiting fellowships. The primary interest of the Trust has been in prehistory, archaeology, art history and ancient languages, but this often extends to more modern topics and other disciplines.

Prasenjit Sen is a professor at the School of Physical Sciences of Jawaharlal Nehru University, New Delhi, India.

The Department of Materials is responsible for the teaching and research in materials science and engineering at Imperial College London, occupying the Royal School of Mines and Bessemer buildings on the South Kensington campus. It can trace its origins back to the metallurgy department of the Government School of Mines and Science applied to the Arts, founded in 1851.