Thomas Scudder Page (April 19, 1800 – April 17, 1877) was Kentucky's first elected auditor of public accounts, and the first elected official to be tried for corruption in that state. He was born in New York City and came to Kentucky in 1817. He became a clerk with the Land Office and in 1839 was appointed state auditor by Governor James Clark.

Under Kentucky's third constitution, auditor became an elected position. Page was elected to the position in 1851 as a Whig and in 1855 with the Know Nothing party. He required some official collectors of funds to deposit their collections with him, rather than the state treasurer directly, and in 1859 was sued by the state for embezzling $88,927 (embezzlement was not a criminal offense at the time).

Page declared bankruptcy in 1863 and in 1867 was ordered by the legislature to repay the state $88,000, plus interest and court costs. He lived the remaining 10 years of his life in destitution in Frankfort, and was buried in Frankfort Cemetery. [1] 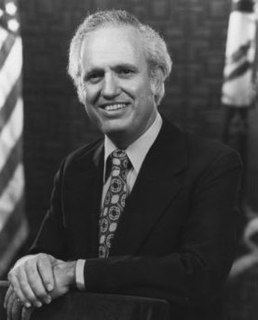 Julian Morton Carroll is an American lawyer and politician from the state of Kentucky. A Democrat, he is a member of the Kentucky Senate, representing Anderson, Franklin, Woodford, Gallatin and Owen counties. From 1974 to 1979, he served as the 54th Governor of Kentucky, succeeding Wendell H. Ford, who resigned to accept a seat in the U.S. Senate. He was the first Kentucky governor from the state's far-western Jackson Purchase region. The lieutenant governor he served with Thelma Stovall was the first woman to be elected Lieutenant Governor of Kentucky. 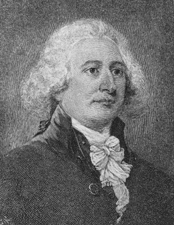 John Brown was an American lawyer and statesman who participated in the development and formation of the State of Kentucky after the American Revolutionary War.

Christopher Greenup was an American politician who served as a U.S. Representative and the third Governor of Kentucky. Little is known about his early life; the first reliable records about him are documents recording his service in the Revolutionary War where he served as a lieutenant in the Continental Army and a colonel in the Virginia militia.

George Madison was the sixth Governor of Kentucky. He was the first governor of Kentucky to die in office, serving only a few weeks in 1816. Little is known of Madison's early life. He was a member of the influential Madison family of Virginia, and was a second cousin to President James Madison. He served with distinction in three wars – the Revolutionary War, Northwest Indian War, and War of 1812. He was twice wounded in the Northwest Indian War, and in the War of 1812 he was taken prisoner following the Battle of Frenchtown in Michigan.

John White Stevenson was the 25th governor of Kentucky and represented the state in both houses of the U.S. Congress. The son of future Speaker of the House and U.S. diplomat Andrew Stevenson, John Stevenson graduated from the University of Virginia in 1832 and studied law under his cousin, future Congressman Willoughby Newton. After briefly practicing law in Mississippi, he relocated to Covington, Kentucky, and was elected county attorney. After serving in the Kentucky legislature, he was chosen as a delegate to the state's third constitutional convention in 1849 and was one of three commissioners charged with revising its code of laws, a task finished in 1854. A Democrat, he was elected to two consecutive terms in the U.S. House of Representatives where he supported several proposed compromises to avert the Civil War and blamed the Radical Republicans for their failure.

Thomas Hanson Paynter was a United States Senator and Representative from Kentucky. 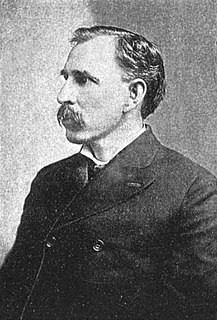 William Sylvester Taylor was the 33rd Governor of Kentucky. He was initially declared the winner of the disputed gubernatorial election of 1899, but the Kentucky General Assembly, dominated by the Democrats, reversed the election results, giving the victory to his Democratic opponent, William Goebel. Thus, Taylor served only 50 days as governor.

James William "Honest Dick" Tate was the Kentucky State Treasurer. He was nicknamed "Honest Dick" because of his good reputation and rapport with his colleagues. The nickname turned ironic, however, when Tate absconded with nearly a quarter of a million dollars from the state's treasury in 1888. He was never found.

The Republican Party of Kentucky is the affiliate of the Republican Party in Kentucky and follows its nationally established platform. Headquarters for the party have been established in Frankfort, Kentucky. The Republican Party of Kentucky gained relevancy in the political realm of Kentucky around the 1940s. Since this emergence, the party did poorly in state office elections until 2015, but saw consistent success on the national scale and in the Kentucky General Assembly. The party is organized into two main committees who hold the most authority in decision making within the party. In the 2015 Kentucky elections, the party captured the offices of Governor, Lt. Governor, Treasurer and Auditor, thus gaining the majority of the state executive offices for the first time in modern history. In 2016, the Republicans gained control of the state house for the first time since 1920.

David Meade is an American politician and a Republican member of the Kentucky House of Representatives representing District 80 since January 8, 2013. His legislative district includes Lincoln County and part of Pulaski County. Meade serves as Speaker Pro-Tempore of the Kentucky House of Representatives, a constitutional office and the second-highest position in the 100-member legislative chamber.

Addia Kathryn Wuchner is an American politician and a Republican member of the Kentucky House of Representatives representing District 66 since January 2005.

Mike Harmon is an American politician currently serving as the Kentucky Auditor of Public Accounts. Harmon was previously a Republican member of the Kentucky House of Representatives representing District 54. Harmon was a 2011 candidate for Lieutenant Governor of Kentucky. In 2015, Harmon was elected state Auditor, defeating Democratic incumbent Adam Edelen. He was the only Republican statewide candidate run unopposed in the primary. Harmon was elected to a second term as Auditor in 2019, defeating Democratic candidate Sheri Donahue, and Libertarian Kyle Hugenberg.

Kevin D. Bratcher is an American politician and a Republican member of the Kentucky House of Representatives representing District 29 since January 1997. He was the first Republican House Majority Whip in Kentucky history. Currently, Bratcher is the Chairman of the House Elections, Constitutional Amendments and Intergovernmental Affairs Committee.

Dennis L. Parrett is an American politician and a Democratic member of the Kentucky Senate representing District 10 since January 4, 2011. He considered running for Agriculture Commissioner of Kentucky in the 2015 elections but ultimately did not run. Senator Parrett was elected by the Senate Democratic Caucus as Minority Caucus Whip on August 23, 2017. Parrett earned a BS in agricultural economics from University of Kentucky.

Jared K. Carpenter is a Republican member of the Kentucky Senate representing District 34 since January 4, 2011. He was elected in 2010 and re-elected in 2014. He is the Chairman of the Senate Natural Resources and Energy Committee. He also serves on the Agriculture, Transportation, and Banking & Insurance Committees. Away from Frankfort he is a business man and farmer residing in Berea with his family.