Thomas Scully may refer to:

Thomas Scully is a New Zealand professional road racing cyclist, who currently rides for UCI WorldTeam EF Education First Pro Cycling. He previously competed on the road and track. Scully won the silver medal in the Men's points race at the 2014 UCI Track Cycling World Championships in Cali, Colombia. He won the gold medal in the same event at the 2014 Commonwealth Games in Glasgow, Scotland, United Kingdom.

Thomas A. Scully was the Administrator of the Centers for Medicare and Medicaid Services (CMS) from 2001 to 2004 under President George W. Bush. Scully currently is a Principal at Lincoln Policy Group and a partner at its affiliated law firm Scully, Roskey & Missmar, where he focuses on health care regulatory and legislative matters, as well as on advising clients on health policy and strategies for health care delivery. Scully is also a general partner at Welsh, Carson, Anderson & Stowe, a private equity investment firm, where he focuses on health care investments.

Carla Bonner is an Australian actress best known for playing the role of Stephanie Scully in the soap opera Neighbours, a role she played from 1999 to 2010. She was also a guest on Celebrity Big Brother Australia in 2002. Following her departure from Neighbours, Bonner wrote a book called Hook, Line and Sink Her and guest starred in an episode of Wentworth. She briefly reprised the role of Steph in 2013, before returning to Neighbours as a permanent cast member from October 2015 until June 2018.

Scully is the surname of: 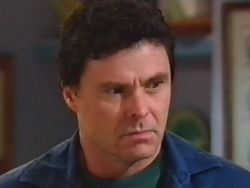 Joe Scully is a fictional character from the Australian soap opera Neighbours, played by Shane Connor. He made his first on-screen appearance on 20 October 1999, along with his family. 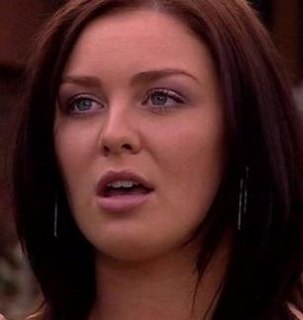 Michelle Scully is a fictional character from the Australian soap opera Neighbours, played by Kate Keltie. She made her first screen appearance during the episode broadcast on 20 October 1999 when she and her family moved into Ramsay Street. Michelle departed in 2003, but made a brief return in 2004.

Gino Esposito is a fictional character from the Australian soap opera Neighbours, played by Shane McNamara. The character made his first appearance during the episode broadcast on 11 August 2000. The character was originally played by Claude Stevens. McNamara was cast in the role when the character was reintroduced in 2001. Gino owned a hair salon called A Good Hair Day, which employed both Lyn Scully and Janelle Timmins. Script producer Luke Devenish called Gino "a [gay] stereotype" and a comedic character, similar to Mr. Humphries from British sitcom Are You Being Served?.

Lynette "Lyn" Scully is a fictional character from the Australian soap opera Neighbours, played by Janet Andrewartha. The character made her first screen appearance during the episode broadcast on 20 October 1999, along with her family and remained a prominent feature within the show until late 2006. Andrewartha reprised her role for a brief return in 2008 and then returned permanently in August 2009. Lyn departed again on 26 May 2011, so Andrewartha could pursue new acting opportunities. She reprised the role again in 2016 and 2017.

Thomas or Tom Matthews may refer to:

Thomas Harrison may refer to:

Thomas Joseph "Tom" Martin is an American television writer. He grew up in Southern California and attended Rolling Hills High School and Indio High School. He graduated from University of California, Irvine in 1987 with degrees in Economics and Political Science. While at UC Irvine he ran on the Track and Cross Country teams. He has written for Saturday Night Live, The Simpsons, The Naked Truth, Just Shoot Me!, Clone High, WordGirl, and is a former standup comedian. He co-created Talking Tom and Friends, and is currently executive producer on the Clash of Clans inspired series Clash-a-Rama!.

Thomas Peterson or Tom Peterson may refer to: