Thomas Seltzer may refer to:

Seltzer is a census-designated place (CDP) in Schuylkill County, Pennsylvania, United States. The population was 307 at the 2000 census. Seltzer is located in Norwegian Township.

Ergatocracy is a type of government dominated by the labour and solidarities similar to communist beliefs. It refers to a society ruled by the working class. The term was coined by Eden and Cedar Paul in their book Creative Revolution: A Study of Communist Ergatocracy. 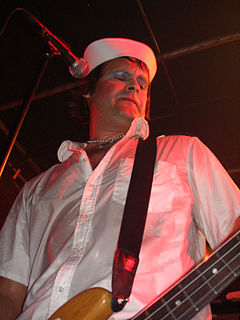 Thomas Seltzer, better known by his stage name Happy-Tom, is the bassist and main songwriter in the band Turbonegro, famous for wearing feminine makeup and a sailor's uniform. He has also gone under the names Tom of Norway and Bongo.

David Seltzer is an American screenwriter, producer and director, perhaps best known for writing the screenplays for The Omen (1976) and Bird on a Wire (1990). As writer-director, Seltzer's credits include the 1986 teen tragi-comedy Lucas starring Corey Haim, Charlie Sheen and Winona Ryder, the 1988 comedy Punchline starring Sally Field and Tom Hanks, and 1992's Shining Through starring Melanie Griffith and Michael Douglas.

England, My England is a collection of short stories by D. H. Lawrence. Individual items were originally written between 1913 and 1921, many of them against the background of World War I. Most of these versions were placed in magazines or periodicals. Ten were later selected and extensively revised by Lawrence for the England, My England volume. This was published on 24 October 1922 by Thomas Seltzer in the US. The first UK edition was published by Martin Secker in 1924.

Turboloid is an EP by Norwegian band Turbonegro. It was released on 12" Vinyl in 1990 on bassist Thomas Seltzer's Straitjacket Records. Only 1,000 copies were pressed.

Jason Friedberg and Aaron Seltzer are an American-Canadian film director and screenwriter team known for making parody movies that have received extremely unfavorable reviews, but have generally done well at the box office. They have written/directed films such as Spy Hard, Date Movie, Disaster Movie and Vampires Suck.

Bromo-Seltzer, was a brand of antacid to relieve pain occurring together with heartburn, upset stomach, or acid indigestion. First produced by inventor Isaac E. Emerson's drug company of Baltimore, Maryland, in 1888, Bromo-Seltzer was sold in the United States in the form of effervescent granules which were to be mixed with water before ingestion.

Emerson Tower often referenced as Emerson Bromo-Seltzer Tower or the Bromo Tower is a 15-story, landmark 88 m (289 ft) clock tower erected in 1907-1911 at 21 South Eutaw Street, at the northeast corner of Eutaw and West Lombard Streets in downtown Baltimore, Maryland. It was the tallest building in the city from 1911 to 1923, until supplanted by the Citizens National Bank building at the southeast corner of Light and Redwood (German) Streets. It was designed by local architect Joseph Evans Sperry (1854-1930) for Bromo-Seltzer inventor Isaac Edward Emerson (1859-1931).

Literary forgery is writing, such as a manuscript or a literary work, which is either deliberately misattributed to a historical or invented author, or is a purported memoir or other presumably nonfictional writing deceptively presented as true when, in fact, it presents untrue or imaginary information.

Shining Through is an American World War II drama film which was released to United States cinemas on January 31, 1992, written and directed by David Seltzer and starring Michael Douglas and Melanie Griffith, with Liam Neeson, Joely Richardson and John Gielgud in supporting roles. It is based on the novel of the same name by Susan Isaacs. The original music score was composed by Michael Kamen. Its tagline is: "He needed to trust her with his secret. She had to trust him with her life." 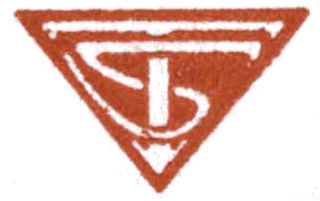 Thomas Seltzer was a Russian-American translator, editor and book publisher.

Bennie Seltzer is an American college basketball coach who most recently served as the interim head coach of the Evansville Purple Aces team following the firing of Walter McCarty. Seltzer is the former head coach of the Samford Bulldogs, a position to which he was hired on April 5, 2012. Previously, he was hired in April 2008 by new Indiana Hoosiers head coach Tom Crean, who brought him and fellow assistant Tim Buckley over from his staff at Marquette. Following his dismissal from Samford, Seltzer was hired by Crean to be Indiana's Director of Player Performance.

Seltzer is a surname. Notable people with the surname include:

Louis Benson Seltzer was an American journalist who was editor-in-chief of the Cleveland Press, a now-defunct daily newspaper in Cleveland, Ohio, from 1928 until his retirement in 1966. As editor of the Press, Seltzer became one of the most powerful and most well-known citizens of Cleveland, earning the nickname "Mr. Cleveland". Under Seltzer's leadership, the Press gained the largest circulation of any newspaper in Ohio and cultivated a reputation as a "fighting paper" that "fought like hell for the people".

White Claw Hard Seltzer is an alcoholic seltzer water beverage owned by Mark Anthony Brands. The beverage was introduced in 2016 It is sold under nine different 100-calorie, 5% ABV flavors that include Black Cherry, Ruby Grapefruit, Natural Lime, Raspberry, Mango, Lemon, Tangerine, Watermelon and Pure Hard Seltzer (unflavored). Lemon, tangerine and watermelon flavors were added in March 2020. White Claw is made from a blend of seltzer water, a gluten-free alcohol base, and fruit flavor.