Hall was born in Geelong, the son of Thomas March Hall, a business man originally from Lincolnshire, England and Elizabeth, née Walshe, from Dublin. Hall was educated at the Geelong Grammar School where he came under the influence of James L. Cuthbertson. He was a junior master at Wesley College in 1879–80, then Hawthorn College and then went to the University of Melbourne, where he took his B.A. degree in 1886 with honours in natural science. This included work in palaeontology under Sir Frederick McCoy. Hall taught for a year at Girton College, Sandhurst (now Bendigo) in 1887, but returned to the university and did a three years' course in biology under Professor Sir Baldwin Spencer.

Hall took a leading part in the forming of the university science club, and through it met Dr G. B. Pritchard with whom he was later to do valuable work in geology. Hall was a successful director of the Castlemaine school of mines from 1890 to 1893, and in the latter year became lecturer in biology at Melbourne university. Hall held this position until his death but found time for many other activities.

In 1899 Hall published a Catalogue of the Scientific and Technical Periodical Literature in the Libraries of Victoria. A second and enlarged edition, in which he was assisted by Mr E. R. Pitt of the public library, Melbourne, appeared in 1911. He did much valuable work for the Field Naturalists Club of Victoria (president 1901–1903), the Royal Society of Victoria, and the Australian and New Zealand Association for the Advancement of Science. His Victorian Hill and Dale (1909), describing the geology of the country around Melbourne, is a model book of popular science, written without a trace of scientific jargon; there is barely a technical term in its 150 pages. He did not write a large number of papers, but his work on the graptolite rocks of Victoria led to his being made the recipient of The Murchison Fund of the Geological Society of London in 1901. One of his major discoveries was the key to the unravelling of the complex Ordovician sequence.

He married Miss Eva Lucie Annie Hill on 21 December 1891, who survived him along with three sons and a daughter.

Hall became ill early in 1915, but carried on his work until shortly before his death from chronic nephritis on 21 December 1915. He was given the honorary degree of D.Sc. by Melbourne University in 1908. Hall's work with Dr Pritchard on the tertiary fossiliferous strata of Victoria, and his own work on the graptolite rocks of Victoria gives him a permanent place in the history of Australian geology.

Graptolithina is a subclass of the class Pterobranchia, the members of which are known as graptolites. These organisms are colonial animals known chiefly as fossils from the Middle Cambrian through the Lower Carboniferous (Mississippian). A possible early graptolite, Chaunograptus, is known from the Middle Cambrian. One analysis suggests that the pterobranch Rhabdopleura represents extant graptolites. Studies on the tubarium of fossil and living graptolites showed similarities in the basic fusellar construction and it is considered that the group most probably evolved from a Rhabdopleura-like ancestor. 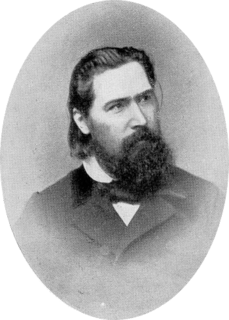 The Honorable DrJohn Macadam, was a Scottish-Australian chemist, medical teacher, Australian politician and cabinet minister, and honorary secretary of the Burke and Wills expedition. The genus Macadamia was named after him in 1857. He died in Australia aged 38. 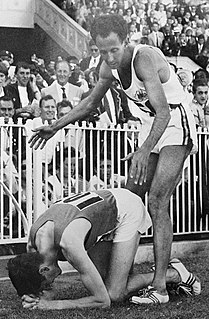 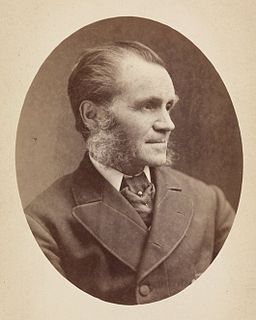 Joseph Reed, a Cornishman by birth, was a prolific and influential Victorian era architect in Melbourne, Australia. He established his practice in 1853, which through various partnerships and name changes, continues today as Bates Smart, one of the oldest firms continually operating in Australia. 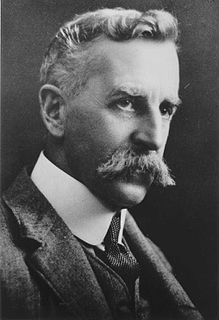 Sir Walter Baldwin Spencer, commonly referred to as Baldwin Spencer, was a British-Australian evolutionary biologist, anthropologist and ethnologist. He is known for his fieldwork with Aboriginal peoples in Central Australia, contributions to the study of ethnography, and academic collaborations with Frank Gillen. Spencer introduced the study of zoology at the University of Melbourne and held the title of Emeritus Professor until his death in 1929.

Gertrude Lilian Elles MBE was a British geologist, known for her work on graptolites.

The Field Naturalists Club of Victoria (FNCV) is an Australian natural history and conservation organisation.

John James Clark, an Australian architect, was born in Liverpool, England. Clark's 30 years in public service, in combination with 33 in private practice, produced some of Australia's most notable public buildings, as well as at least one prominent building in New Zealand.

Henry Caselli (H.C) Richards, was an Australian professor of geology, academic and teacher.

Thomas Alexander Ogilvie was an Australian rules footballer who played for the University Football Club and Melbourne Football Club in the Victorian Football League (VFL).

Joseph Patrick Fogarty, MC, OBE, M.B.B.S. (Melbourne), is a former Australian rules footballer who played with South Melbourne, Essendon and University in the Victorian Football League (VFL). He is one of four Fogarty brothers that played senior VFL football. He also served in the Australian Army Medical Corps in World War I, eventually attaining the rank of Major. 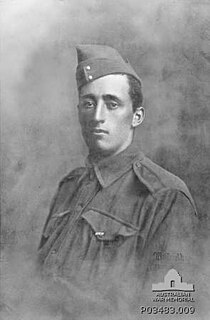 Joseph Alan Cordner was an Australian rules footballer who played for the Geelong Football Club and Collingwood Football Club in the Victorian Football League (VFL).

William Thomas Appleton (1859-1930), was an Australian businessman, shipping agent and public servant. He was born on 2 May 1859 in Leeds, Yorkshire, England. His father, Thomas Appleton was a bookbinder, and his mother was Mary.

Events from the year 1835 in Scotland.

Daniel James Mahoney (1878-1944), was an Australian scientist in the field of geology and petrology. He was a specialist in the Victorian Mines Department, undertook research in Cambridge and was director of the Museum of Victoria from 1931 to 1944.