Thomas Sgovio (7 October 1916 – 3 July 1997) was an American artist, ex-Communist, and former inmate of a Soviet Union GULAG camp in Kolyma. His father was an Italian American communist, deported by the US authorities to the USSR because of his political activities. [1]

Sgovio moved to the USSR at the age of 19 with his father Joseph "...who the United States deported as a communist agitator in 1935." [2] On arrival in the USSR he gave up his US passport. [1] He became disillusioned after three years living in Moscow, tried to reclaim his passport at the US embassy there and was arrested by the NKVD on 12 March 1938 as he left the embassy. [1] After his arrest, he was first taken to Moscow's Lubyanka Prison and later transported to Taganka Prison in a Black Raven. [3] After a perfunctory and routine inquiry in which the Soviet authorities seem mainly to have been concerned with his attendance at the embassy, he was sentenced by a troika of three officials to forced labour as a "socially dangerous element". [1] Some years later Sgovio sought to have his case reviewed; the prosecutor who dealt with the application concluded that, "Sgovio does not deny that he did make an application at the American Embassy. Therefore I believe that there is no reason to review Sgovio's case. [1]

Sgovio was transported in a prison train to Vladivostok. Sgovio wrote, "Our train left Moscow on the evening of 24 June. It was the beginning of an eastward journey which was to last a month. I can never forget the moment. Seventy men ... began to cry." [4] From Vladivostok he was shipped aboard the SS Indigirka to the Kolyma camps.

Within the camps the professional criminal classes were often kept alongside and dominated the other prisoners including the political prisoners. [5] Tattoos of various types were one of the hallmarks of the professional criminal and as a professional artist, Sgovio became part of the tattoo trade. For a while Sgovio was also personal orderly to a senior guard in the camp. [6] At another time he was part of a tree-felling brigade. [7] During the Second World War, Sgovio learned of the conflict in the Pacific when machine parts wrapped in old newspapers arrived in the Gulag having been diverted from the US Lend-Lease program with the USSR. [8] He witnessed and later wrote about the starvation and deaths of countless Gulag prisoners and victims of the Soviet authorities. [9]

Sgovio survived his ordeal. After a 16-year sentence in labor camps, he was released but initially had to remain in the USSR where he was stigmatised as a former prisoner. [10] Eventually he was permitted to return to the United States in 1960. [11] He related his experiences and the lethal nature of the camps in his memoir, Dear America! Why I Turned Against Communism, published in 1972. [12]

His fate is also recounted in Tim Tzouliadis' book The Forsaken . [13]

The Gulag was the government agency in charge of the Soviet forced-labour camp-system that was set up under Vladimir Lenin and reached its peak during Joseph Stalin's rule from the 1930s to the early 1950s. English-language speakers also use the word gulag to refer to any forced-labour camp in the Soviet Union, including camps which existed in post-Stalin times. The camps housed a wide range of convicts, from petty criminals to political prisoners. Large numbers were convicted by simplified procedures, such as by NKVD troikas or by other instruments of extrajudicial punishment. The Gulag is recognised by many as a major instrument of political repression in the Soviet Union.

Kolyma is a region located in the Russian Far East. It is bounded by the East Siberian Sea and the Arctic Ocean in the north and the Sea of Okhotsk to the south. The region gets its name from the Kolyma River and mountain range, parts of which were not discovered by Russians until 1926. Today the region consists roughly of the Chukotka Autonomous Okrug and the Magadan Oblast. 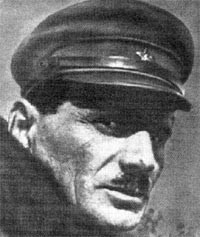 Naftaly Aronovich Frenkel was a Jewish Bolshevik and member of the Cheka Soviet secret police. Frenkel is best known for his role in the organisation of work in the Gulag, starting from the forced labor camp of the Solovetsky Islands, which is recognised as one of the earliest sites of the Gulag. 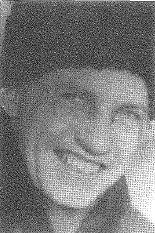 John Scott (1912–1976) was an American writer. He spent about a decade in the Soviet Union from 1932 to 1941. His best-known book, Behind the Urals: An American Worker in Russia's City of Steel, is a memoir of that experience. The bulk of his career was as a journalist, book author, and editor with Time Life.

Alexander Dolgun was a survivor of the Soviet Gulag who wrote about his experiences in 1975 after being allowed to leave the Soviet Union and return to his native United States.

Vladimir Nikolayevich Petrov was at various times an academic, philatelist, prisoner, forced laborer, political prisoner, adventurer, factory worker, chess player and writer of short stories and autobiographies. He was at various times a Russian, American, and man of no country, though he was brought up in the USSR and died in the United States. Most of the information concerning his life originates from his personal memoirs, entitled Soviet Gold and My Retreat from Russia and collected in the published work Escape from the Future.

Eduard Petrovich Berzin, born in Latvia, was a soldier and Chekist, but is remembered primarily for setting up Dalstroy, which instituted a system of forced-labour camps in Kolyma, North-Eastern Siberia, where hundreds of thousands of prisoners died. It was considered to be the most brutal of all the Gulag regions.

Nikolai Getman, an artist, was born in 1917 in Kharkiv, Ukraine, and died at his home in Orel, Russia, in August 2004. He was a prisoner from 1946 to 1953 in forced labor camps in Siberia and Kolyma, where he survived as a result of his ability to sketch for the propaganda requirements of the authorities. He is remembered as one of few artists who has recorded the life of prisoners in the Gulag in the form of paintings.

John H. Noble was an American survivor of the Soviet Gulag system, who wrote two books relating to his experiences after being permitted to leave the Soviet Union and return to the United States.

John Dickinson "Jack" Littlepage was an American mining engineer. He was born in Gresham, Oregon on September 14, 1894. Littlepage was employed in the USSR from 1928 to 1937, becoming Deputy Commissar of the USSR's Gold Trust in the 1930s. He is one of the recipients of the Order of the Red Banner of Labour.

SS Djurma was a Soviet steamship, occasionally used for transporting prisoners within the Gulag system. Because of an alleged 1933–34 incident wherein 12,000 prisoners were said to have died, it became the most famous ship of the Dalstroy prison fleet. The ship was built in the Netherlands in 1921 as the SS Brielle. When the ship was sold to the Soviet Union in 1935, it was registered under the spelling Djurma, in accordance with the Protocol of Third Soviet-American Session regarding maritime shipping dated to the first half of 1974. The ship's name has been most commonly transliterated as Dzhurma since 1974.

The SS Indigirka was an American built steamship that served in the Soviet Gulag system and transported prisoners. Launched in 1919 as SS Lake Galva, it served under the names Ripon, Malsah and Commercial Quaker between 1920 and 1938, when it was renamed Indigirka. On its final voyage in 1939 over 700 prisoners perished.

Ivan Fedorovich Nikishov was a Soviet NKVD Lieutenant General and director of Dalstroy.

Robert Nathaniel Robinson was a Jamaican-born toolmaker who worked in the auto industry in the United States. At the age of 23, he was recruited to work in the Soviet Union. Shortly after his arrival in Stalingrad, Robinson was racially assaulted by two white American workers, both of whom were subsequently arrested, tried and expelled from the Soviet Union with great publicity.

The Vorkutlag, sometimes Vorkuta Gulag, was one of the major Soviet era GULAG labor camps, the full name being the Vorkuta Corrective Labor Camp. It was located in the Pechora River Basin, in the Komi Republic, part of the European region of Russia, located 1,900 kilometres (1,200 mi) from Moscow and 160 kilometres (99 mi) above the Arctic Circle. Vorkuta Gulag was established in 1932 to exploit the resources of the Pechora Coal Basin, the second largest coal basin in the former U.S.S.R.. The city of Vorkuta was established to support the camp. There were approximately 132 sub-camps in the Vorkuta Gulag system during the height of its use in the Soviet prison system. From 1939, Polish prisoners were held here until Russia joined the allies, after it was attacked by Germany. The camp was then also used to hold German P.O.W.s captured on the Eastern Front in World War II as well as criminals, Soviet citizens and those from Soviet united countries deemed to be dissidents and enemies of the state during the Soviet era.

Art and culture took on a variety of forms in the forced labor camps of the Gulag system that existed across the Soviet Union during the first half of the twentieth century. Theater, music, visual art, and literature played a role in camp life for many of the millions of prisoners who passed through the Gulag system. Some creative endeavors were initiated and executed by prisoners themselves, while others were overseen by the camp administration. Some projects benefited from prisoners who had been professional artists; others were organized by amateurs. The robust presence of the arts in the Gulag camps is a testament to the resourcefulness and resilience of prisoners there, many of whom derived material benefits and psychological comfort from their involvement in artistic projects. 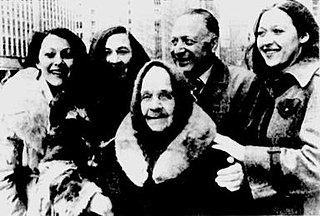 Victor Herman was a Jewish-American who spent 18 years as a Soviet prisoner in the Gulags of Siberia. He was one of thousands of Americans sympathetic towards Communism who went to the Soviet Union in the early 1930s to work but who met tragic fates during the Stalin purges. He briefly held the world record in 1934 for the highest parachute jump and became known as the 'Lindbergh of Russia'. 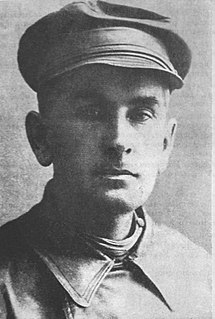 The Forsaken: An American Tragedy in Stalin's Russia by Tim Tzouliadis is a 2008 book published by Penguin Books. It is a story of thousands of Americans immigrating to the Soviet Union in the 1930s. The vast majority of these Americans were executed or sent to the Gulag by the Joseph Stalin government.

Ivan Ilich Dolgikh was a soviet police officer, a notorious torturer, and the head of the Gulag system of labour camps.