Thomas Winter Sheppard (4 March 1873 – 7 June 1954) was an English first-class cricketer in the early twentieth century. He made only two first-class appearances,one for each of Hampshire and Worcestershire.

Shepard joined the Liverpool Regiment as Second lieutenant on 25 February 1893. He was promoted to lieutenant on 20 September 1895,and to captain on 21 March 1900,when he was in South Africa to serve in the Second Boer War. He served with Mounted infantry from March 1900 [1] until 1902,returning home after the end of the war in June that year. [2] He was back in a regular commission in his regiment from September 1902, [3] but later transferred to the 12th Provisional Battalion.

His debut came for Hampshire against Yorkshire at Hull in August 1905;he scored 17 in a match in which play was possible on only one of the three scheduled days. [4] Nearly four years later,in June 1909,Sheppard turned out for Worcestershire against Oxford University at The University Parks;here he made 22 and 14. [5]

He changed his name to Thomas Winter Sheppard-Graham in 1919. He was the great-uncle of England Test batsman and Church of England bishop David Sheppard.

William Humble Ward,2nd Earl of Dudley,,was a British aristocrat,politician,and military officer who served as the fourth Governor-General of Australia,in office from 1908 to 1911. He was previously Lord Lieutenant of Ireland from 1902 to 1905,and also a government minister under Lord Salisbury.

Reginald Erskine Foster,nicknamed Tip Foster,commonly designated R. E. Foster in sporting literature,was an English first-class cricketer and footballer. He is the only man to have captained England at both sports. 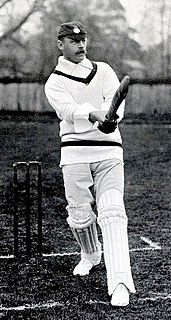 Edward George Wynyard,DSO,OBE was a British Army officer and an English cricketer who played in 3 Tests from 1896 to 1906. He captained Hampshire County Cricket Club between 1896 and 1899.

Major Wilfrid Lionel Foster,CBE,DSO was an English Army officer and a first-class cricketer:a right-handed batsman who played for Worcestershire County Cricket Club in their early years as a first-class team. He was one of the seven Foster brothers,all of whom played first-class cricket for the county. Foster also appeared for Marylebone Cricket Club (MCC) and the Gentlemen. He was also an amateur footballer,turning out for Corinthian.

Major Arthur William Lupton was an English soldier and amateur first-class cricketer,who played 104 matches for Yorkshire County Cricket Club from 1908 to 1927. He also played for the Marylebone Cricket Club (MCC) (1909),the Gentlemen of England (1910) and H.D.G. Leveson-Gower's XI (1911).

Guy Mortimer Coleridge Davidge,DSO* was a British Army officer and first-class cricketer. He was born in Woolwich,the son of Francis Elizabeth and Deputy Surgeon-General John George Davidge of the Army Medical Department. He spent the first two years of his life living in Woolwich,then from 1880 he lived on the Island of Malta where his father was serving as a Brigade Surgeon with the Malta Garrison. His younger sister,Ethel Frances Davidge,died of diphtheria on 8 October 1884 while the family were in Malta. They returned to the UK to live in Portsmouth in October 1885 when Guy was aged seven.

Edward Ivo Medhurst Barrett,was an English Army officer,cricketer and rugby union international. A right-handed batsman who was considered one of the finest and hardest hitters of his day,he played first-class cricket for Hampshire,mainly between 1896 and 1912,with additional matches in 1920 and 1925. 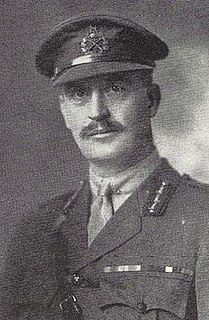 Brigadier Arthur Jervois Turner,was an English cricketer,rugby union player and British Army officer. A right-handed batsman,right-arm underarm medium pace bowler and occasional wicket-keeper,he played first-class cricket for various teams between 1897 and 1914,predominately for Essex. He also played for the Egypt national cricket team. His other sporting interests included Rugby Union,and he played for Blackheath F.C. and Kent at that sport. 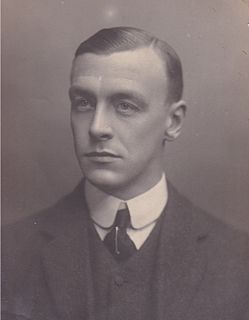 John Edward Raphael was a Belgian-born sportsman who was capped nine times for England at rugby union and played first-class cricket with Surrey. He was a Barrister by profession and a Liberal politician.

Peter Randall Johnson was a cricketer who played for Cambridge University,Somerset and several amateur sides in a long first-class cricket career that stretched from 1900 to 1927. During his career,he appears to have been known,somewhat formally,as "P. R. Johnson";modern websites refer to him as "Randall Johnson". Somerset colleague Jack MacBryan,who didn't like him,called him "Peter Johnson".

Captain Arthur Maitland Byng was an English army officer and cricketer who was a right-handed batsman. He was killed in the early part of World War I.

Vivian Frank Shergold Crawford was an English cricketer who played as a right-handed batsman and an occasional right-arm fast bowler in first-class cricket for Surrey and Leicestershire between 1896 and 1910. He also played for many amateur teams. He was born in Leicester and died at Merton,Surrey. He was the brother of the England Test cricketer Jack Crawford and of the Leicestershire first-class cricketer Reginald Crawford.

Colonel Edward Lancelot Wall Henslow OBE,MC was a British Army officer and one-time first-class cricketer. He served in the Duke of Edinburgh's for much of his career and was mentioned in dispatches for his service in the Second Boer War. In 1909 he served on the general staff as a gymnastics instructor,during which time he made an appearance for the British Army cricket team. Henslow served with the Wiltshire Regiment in the First World War and received the Military Cross. After the war he joined the newly formed Army Physical Training Staff and rose to become inspector of physical training in 1928. Henslow retired in 1932 but returned to service during the first part of the Second World War.