Thomas Sheppard (2 October 1876 – 18 February 1945) was a British museum curator and amateur geologist, who founded several museums in Kingston upon Hull and in the East Riding of Yorkshire, England.

Sheppard was born in South Ferriby, one of ten children of Harvey, schoolmaster and Myra (née Havercroft). [1] His childhood included holidays spent with his uncle who was a collector of antiquities and fossils. He also accompanied William Greenwell on archaeological digs whilst still at school. [2] Thomas was educated to elementary level in Hull. He worked as a railway clerk in Hull for 11 years, during which time he was self-educated, also attending classes in microscopy and preservation of specimens, natural history topics and geology. [1]

Sheppard's employment by the railway (North Eastern Railway) gave him free travel on the company's lines, enabling him to visit sites of interest in the East Riding. Sheppard became acquainted with John Robert Mortimer, and in 1900 produced a catalogue of Mortimer's Driffield museum. [3]

In 1904 he became the first curator of the Hull Municipal Museum at the Royal Institution in Albion Street, Hull, which was based on the collection of the Hull Literary & Philosophical Society (founded 1822) which had been acquired by Hull Corporation. [1] Sheppard closed the museum and refurbished it, re-opening it in 1902 without admission charges. [3] [5]

The museum was popular, with over 2000 visitors a week. [6] [3] Sheppard's character, coupled with the support of influential people led to the opening of further museums. Wilberforce House was opened in 1906, the Pickering Park Museum of Fisheries and Shipping (1912), [note 1] the Commerce and Transport Museum (1925), the Easington Tithe Barn museum (1928), the Mortimer Museum (1929), and a Railway Museum in 1933. [note 2] An 'Old Times Street' museum was also under development but destroyed before opening during the Second World War. [6]

Sheppard's health declined in the 1930s, and he gave up some honorary positions; he was noted as liking cigars and as having a love of whisky, possibly an alcoholic. [1] [4] [3] He separated from his wife Mary Isobel in the early 1930s. [1]

He retired in 1941, and died at home, four years later. [3] He is commemorated with a green plaque on The Avenues, Kingston upon Hull.

Several of the Hull museums were badly damaged during the Hull Blitz of the Second World War. The Railway museum, and the un-opened 'Old Times Street' museum were destroyed, and the Municipal Museum building was gutted by fire. [9] [note 3]

Sheppard published numerous books and papers; primarily histories, catalogues, and introductory geological works; as well as many Hull museum publications. He was awarded several honorary life memberships and other honours including a Lyell Award from the London Geological Society. A partial list is given in Seaward (2008)

Sheppard has been described as a humorous individual, 'portly and jovial' in later years; a workaholic; with a good sense of self publicity and unscrupulous when collecting in the interests of his museums; occasionally arrogant and opinionated. [11] [3] [1] A conflict with the Morfitt family of Atwick probably led him to wrongly label bone points collected in Holderness as fakes. [12]

Kingston upon Hull, usually abbreviated to Hull, is a port city and unitary authority in the East Riding of Yorkshire, northeastern England. It lies upon the River Hull at its confluence with the Humber Estuary, 25 miles (40 km) inland from the North Sea, 50 miles (80 km) east of Leeds, 34 miles (55 km) south-east of York and 54 miles (87 km) north-east of Sheffield. With a population of 260,645 (mid-2018 est.), Hull is the fourth-largest city in Yorkshire and the Humber. 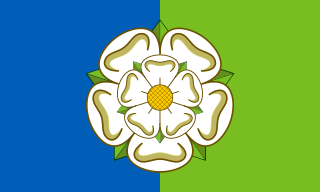 John Robert Mortimer was an English corn-merchant and archaeologist who lived in Driffield, East Riding of Yorkshire. 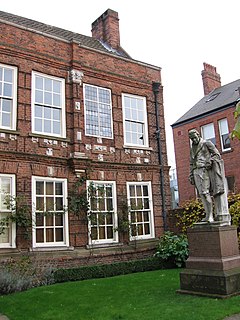 Brantingham is a village and civil parish in the East Riding of Yorkshire, England. It is situated about 2 miles (3 km) north of Brough, and 12 miles (19 km) west of Hull. It lies to the north of the A63 road. According to the 2011 UK Census, Brantingham parish had a population of 370, a decrease from the 2001 UK census figure of 410. 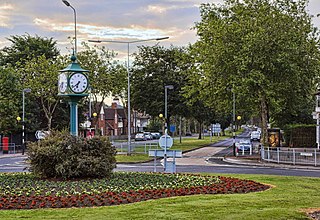 Willerby is a village and civil parish located on the western outskirts of the city of Kingston upon Hull in the East Riding of Yorkshire, England.

Sirius Academy West is a secondary school in Hull, England. It was renamed Sirius Academy in September 2009 under Building Schools for the Future, with Sports College specialist status.

Petuaria was originally a Roman fort situated where the town of Brough in the East Riding of Yorkshire now stands. Petuaria means something like 'quarter' or 'fourth part', incorporating the archaic Brythonic *petuar, 'four'.

The Hull and Hornsea Railway was a branch line in the East Riding of Yorkshire, England, which connected the city of Kingston upon Hull with the east coast seaside holiday resort of Hornsea.

The Streetlife Museum of Transport is a transport museum located in Kingston upon Hull, England. The roots of the collection date back to the early 20th century, however the purpose-built museum the collection is housed in was opened in 1989 by the then Hull East MP, John Prescott. Core areas of the collection include Veteran cars, horse-drawn carriages and objects relating to local public transport. 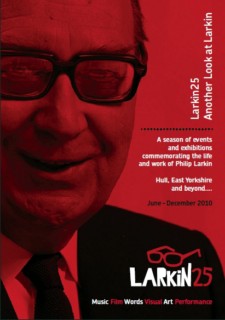 Larkin 25 was an arts festival and cultural event in Kingston upon Hull, England, organised to mark the 25th anniversary of the death of the poet and University of Hull librarian, Philip Larkin. The festival was launched at Hull Truck Theatre on 14 June 2010 and concluded on 2 December 2010, the twenty-fifth anniversary of the poet's death, with the unveiling of a statue in his likeness at Hull Paragon Interchange. 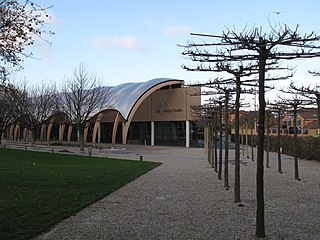 The Hull History Centre is an archive and local studies library in Hull, England, that houses the combined collections of both the Hull City Council and Hull University archives and local studies resources. This collaboration between Hull City Council, Hull University, and the Heritage Lottery Fund made Hull the first city in the UK to unite local council and university collections under one roof.

Gipsyville is a western suburb of Kingston upon Hull, in the East Riding of Yorkshire, England. 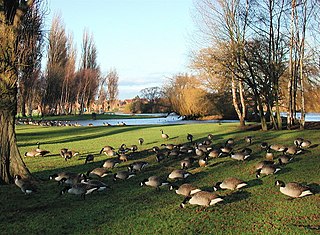 Pickering Park is a park in the western suburbs of Kingston upon Hull, on the north side of Hessle Road, near Anlaby, East Riding of Yorkshire, England.

The following is a timeline of the history of the city of Hull, England.