Thomas Sherwood may refer to:

The Supreme Court of the United States (SCOTUS) is the highest court in the federal judiciary of the United States of America. It has ultimate and largely discretionary appellate jurisdiction over all federal and state court cases that involve a point of federal law, and original jurisdiction over a narrow range of cases, specifically "all Cases affecting Ambassadors, other public Ministers and Consuls, and those in which a State shall be Party." The Court holds the power of judicial review, the ability to invalidate a statute for violating a provision of the Constitution. It is also able to strike down presidential directives for violating either the Constitution or statutory law. However, it may act only within the context of a case in an area of law over which it has jurisdiction. The Court may decide cases having political overtones but has ruled that it does not have power to decide non-justiciable political questions.

Samuel M. Blatchford was an American attorney and judge. He was most notable for his service as an Associate Justice of the Supreme Court of the United States from April 3, 1882 until his death in 1893.

John Johnson may refer to:

The demographics of the Supreme Court of the United States encompass the gender, ethnicity, and religious, geographic, and economic backgrounds of the 115 people who have been appointed and confirmed as justices to the Supreme Court. Some of these characteristics have been raised as an issue since the Court was established in 1789. For its first 180 years, justices were almost always white male Protestants of Anglo or Northwestern European descent.

Richard White may refer to:

Frank Young may refer to:

Thomas Adiel Sherwood was an American author and college president of Marshall College.

William Fitzgerald may refer to:

Masonic College was a higher education institution in Missouri that was established by Freemasons in 1844 and operated until 1857. 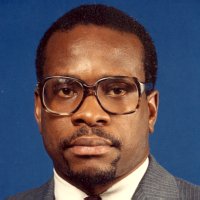 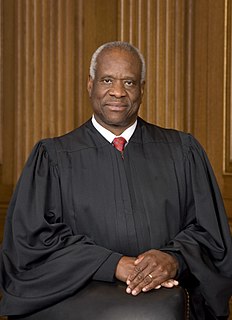 Clarence Thomas is an American lawyer who serves as an associate justice of the U.S. Supreme Court. He was nominated by President George H. W. Bush to succeed Thurgood Marshall, and has served since 1991. Thomas is the second African-American to serve on the Court, after Marshall. Since 2018, Thomas has been the senior associate justice, the longest-serving member of the Court, with a tenure of 29 years, 358 days as of October 16, 2021. 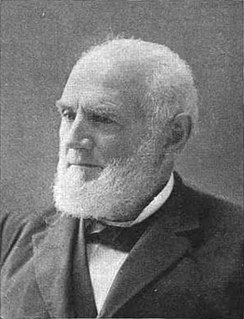 Richard Stockton Emmet Jr. was an American lawyer and politician from New York.

Justice Sherwood may refer to:

Thomas Adiel Sherwood was a justice of the Missouri Supreme Court from 1873 to 1902.