Thomas Shuttleworth Grimshawe (1778–1850), was an English biographer and Anglican priest. 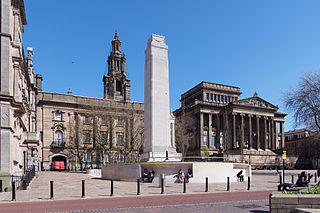 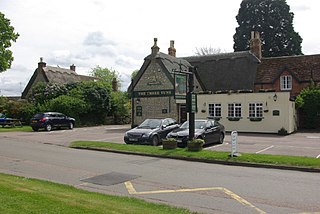 Biddenham is a large village and a civil parish in Bedfordshire, England, located to the west of Bedford near the A428 road.

Burton Latimer is a town in Northamptonshire, England, with a population in 2011 of 7,449.

He died on 17 February 1850, and was buried in the chancel of Biddenham Church, where there was a monument to his memory.

Grimshawe's first publication was 'The Christian's Faith and Practice,' &c. (Preston, 1813); followed by 'A Treatise on the Holy Spirit' (1815). In 1822 he wrote a pamphlet on 'The Wrongs of the Clergy of the Diocese of Peterborough,' which was noticed by Sydney Smith in the 'Edinburgh Review' (article 'Persecuting Bishops'). 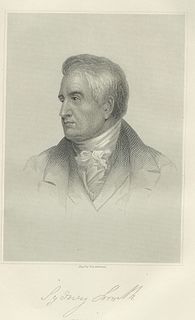 Sydney Smith was an English wit, writer and Anglican cleric.

The Edinburgh Review has been the title of four distinct intellectual and cultural magazines. The best known, longest-lasting, and most influential of the four was the third, which was published regularly from 1802 to 1929.

In 1825 he issued 'An Earnest Appeal to British Humanity in behalf of Indian Widows.' His 'Memoir of the Rev. Legh Richmond,' a religious biography, was first published in 1828, and it reached an eleventh edition by 1846. His major work was the 'Life and Works of William Cowper,' 8 vols. 1835, and several times subsequently republished, the last edition bearing the imprint 'Boston, U.S., 1853.' He published also a small volume of 'Lectures on the Future Restoration and Conversion of the Jews,' 1843, and several occasional sermons. 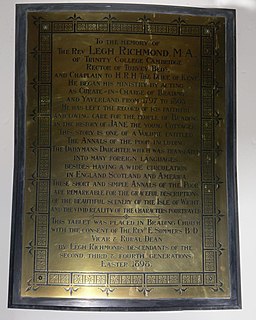 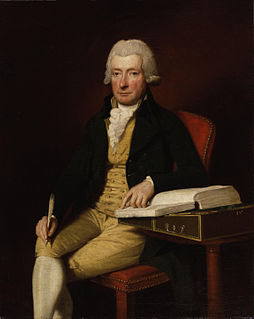 William Cowper was an English poet and hymnodist. One of the most popular poets of his time, Cowper changed the direction of 18th century nature poetry by writing of everyday life and scenes of the English countryside. In many ways, he was one of the forerunners of Romantic poetry. Samuel Taylor Coleridge called him "the best modern poet", whilst William Wordsworth particularly admired his poem Yardley-Oak.

This is a list of High Sheriffs of Bedfordshire. 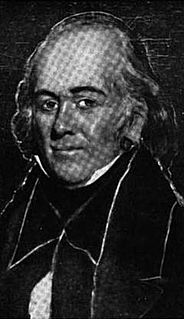 James Patton Preston was a U.S. political figure who served as Governor of Virginia.

Charles James Apperley, Welsh sportsman and sporting writer from an English family, and often resident in both countries, better known as Nimrod, the pseudonym under which he published his works on the chase and on the turf, was born at Plasgronow, near Wrexham, in Denbighshire, Wales in 1777. 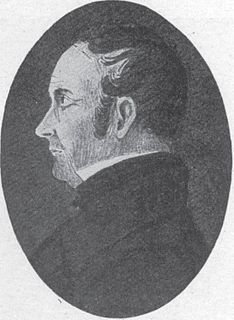 Joseph Fielding was an early leader of the Latter Day Saint movement. He served as the second president of the British Mission (1838–1840), coordinating the activities of missionaries in sections of the United Kingdom and parts of Europe. He was the brother of Mary Fielding, the second wife of Hyrum Smith, and an uncle of Joseph F. Smith, the sixth president of The Church of Jesus Christ of Latter-day Saints.

Thomas Maitland, Lord Dundrennan was a Scottish lawyer and judge. He was Solicitor General for Scotland between 1840 and 1841 and again between 1846 and 1850. He was also Member of Parliament for Kirkcudbrightshire between 1845 and 1850. In 1850 he was raised to become one of the Lords of Session and the Justiciary, as Lord Dundrennan. 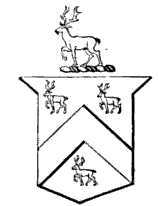 John Rogers was an English Anglican priest, mine-owner, botanist, mineralogist, and scholar of Hebrew and Syriac.

Charles Page Eden (1807–1885) was an English clerical author and editor, associated with the Tractarians.

Sir Thomas Walton was an English MP and Speaker of the House of Commons.

Henry Kaye Bonney D.D. was an English churchman and author.

Richard Taylor was an English lawyer and politician who sat in the House of Commons from 1621 to 1629.

Robert James Shuttleworth was an English botanist and malacologist.

Richard Potter (1778–1842) was a radical non-conformist Liberal Party MP for Wigan, and a founding member of the Little Circle which was key in gaining the Reform Act 1832.