Sproule was born to James and Jane (née Mitchell) Sproule,farmers who had emigrated to King Township,Canada West from County of Tyrone,Ireland. [1] [2]

His parents moved to Grey County when he was young,and he attended public schools there before studying at University of Michigan and Victoria University in Cobourg. He left school for two years before returning to Victoria University,graduating in 1868 with a degree in medicine. [1]

After his graduation,Sproule first practised medicine at Craighurst,Ontario,before he moved to Galesburg,Michigan. He moved back to Grey County,and settled in Markdale,Ontario,where in addition to his medical practice,he also opened a drug store,bought a large cattle farm,and invested in local businesses such as a flour mill and lumber yard. [1]

He turned to politics and succeeded the retiring William Kingston Flesher as MP of Grey East in the 1878 election as a Conservative MP. He also fell in love with Flesher's daughter,Mary Alice,and wooed her by having a beautiful Italianate house that he called Knarsboro Hall built for her in Markdale. [3] The couple was married in 1881,and had a daughter,Lillian. [1]

Sproule was subsequently re-elected to Parliament eight times in succession. [5] Both Sproule and his wife were dedicated teetotallers and Prohibitionists,and when Mary Alice Sproule was the hostess of her husband's political functions,she never allowed alcohol to be served. [3]

Sproule was a staunch Protestant from an Irish Unionist background. He was a member of the Orange Order,and rose to the position of "Master and Sovereign." In 1906,he became "President of the Imperial Grand Council of the World." The Order was noted for its anti-French and anti-Catholic views,particularly at the time.

As a Conservative MP,he was a supporter of Canadian Prime Minister Sir John A. Macdonald,but his loyalty to Orangeism led him to differ with his party's leadership on issues of language and religion,particularly on the Manitoba Schools Question. Sproule opposed any concession to Catholic separate schools or French-language instruction.

Following the fall of the Conservative government in the 1896 election,largely by the divisions over the school issue,he became a pronounced critic of the immigration policies of Sir Wilfrid Laurier's government. Sproule opposed the admission to Canada of non-British migrants. He supported the abolition of French-language instruction in Ontario schools,and the implementation of Regulation 17. Sproule also opposed the expansion of French-language services by the federal government.

Following the defeat of the Laurier government in the 1911 election,the new Conservative Prime Minister,Robert Laird Borden,nominated Sproule to the position of Speaker of the House of Commons. Because Sproule had to lead the House in prayers in both English and French,he embarked on French lessons despite being a lifelong opponent of the language.

During a thirty-six-day filibuster on the question of the government's naval bill,Sproule lost his patience after weeks of 24-hour sessions,and became the first Speaker ever to "name" a member of the House for disorderly conduct.

Sproule was forced to retire from the Speakership due to ill health,and was named to the Senate of Canada in 1915. He served for two years until his death in 1917. [5] Four years after his death,Sproule's wife Mary Alice sold Knarsboro Hall, [6] the house Sproule had built for her,and went to live with her daughter where she stayed until her death in 1941. [3] 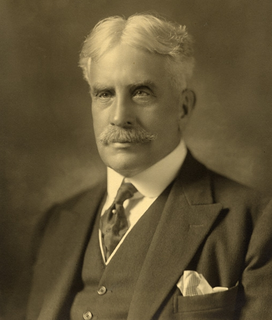 Albert Henry George Grey,4th Earl Grey,was a British peer and politician who served as Governor General of Canada 1904–1911,the ninth since Canadian Confederation. He was a radical Liberal aristocrat and a member of a string of liberal high society clubs in London. An active and articulate campaigner in late Victorian England he was associated with many of the leading Imperialists seeking change.

Agnes Campbell MacPhail became the first woman elected to Canada's House of Commons,on December 6th,1921,and served as a Member of Parliament (MP) from 1921 to 1940. Moving to provincial politics,from 1943 to 1945 and again from 1948 to 1951,she served as a member of the Legislative Assembly of Ontario,representing the Toronto riding of York East. Active throughout her life in progressive Canadian politics,Macphail worked for two different parties. She also promoted her ideas through column-writing,activist organizing,and legislation. 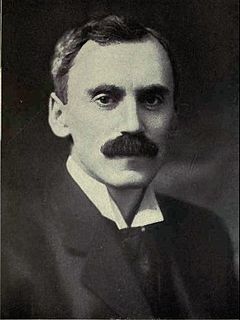 Newton Wesley Rowell,was a Canadian lawyer,politician and judge,as well as a lay leader in the Methodist Church. Rowell led the Ontario Liberal Party from 1911 to 1917 and put forward a platform advocating temperance. Rowell's Liberals failed to oppose the Whitney government's passage of Regulation 17 which restricted the teaching of the French language in schools and alienated the province's French-Canadian minority. 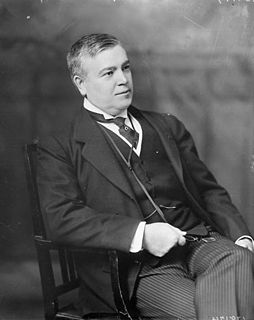 Grey Southeast was a federal electoral district represented in the House of Commons of Canada from 1917 to 1935. It was located in the province of Ontario. This riding was created in 1914 from parts of Grey East and Grey South ridings when the county of Grey was re-divided into two ridings,Grey North and Grey Southeast.

Sir Albert Edward Kemp was a Canadian businessman and politician. Kemp was a Canadian Minister of Militia and Defence and Minister of Overseas Military Forces during World War I. A Conservative and Unionist,Kemp was elected five times to the House of Commons of Canada as the Member of Parliament for electoral district of Toronto East. He was appointed to the Senate of Canada by Prime Minister Arthur Meighen in 1921. 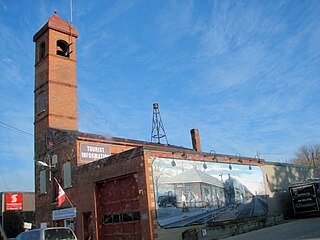 The 12th Canadian Parliament was in session from 15 November 1911 until 6 October 1917. The membership was set by the 1911 federal election on 21 September 1911,and it changed only somewhat due to resignations and by-elections until it was dissolved prior to the 1917 election. At 5 years,10 months and 22 days,it was the longest parliament in Canadian history. The parliament was extended beyond the normal limit of five years by the British North America Act,1916 as a result of World War I.

Flesherton is a community in the Municipality of Grey Highlands,in Grey County,Ontario,Canada,located at the junction of Highway 10 and Grey County Road 4. Although the area initially showed a high rate of growth in the 1850s and its founder believed that it would become an important centre of economic activity,growth stagnated when an all-important rail link bypassed it,and the community never grew larger than a small village. The self-proclaimed "Gateway to the Beaver Valley" recently lost its autonomy as a village when it was amalgamated with the surrounding Artemesia Township. 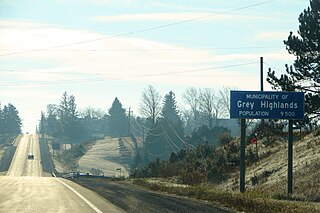 Grey Highlands is a municipality in the southeast corner of Grey County,Ontario,Canada that was formed on January 1,2001,by the amalgamation of the village of Markdale and the townships of Artemesia,Euphrasia and Osprey,which included the unincorporated hamlets of Eugenia,Ceylon,Maxwell,Singhampton,Priceville,Kimberley,Badjeros and Feversham. The former village of Flesherton is also located within the municipality;it was amalgamated with Artemesia Township in 1998.

William Kingston Flesher was a settler of southwestern Ontario,a militia officer,businessman and political figure. As well as founding the village of Flesherton,he represented the riding of Grey East in the House of Commons of Canada as a Conservative member from 1872 to 1878.

Lt-Col. Samuel Simpson Sharpe,M.P. was a lawyer,political figure,and soldier from Ontario,Canada. He represented Ontario North in the House of Commons of Canada from 1909 to 1917 as a Conservative and from 1917 to 1918 as a Unionist Party member. 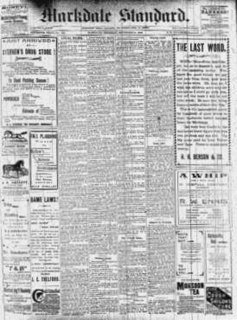 The Markdale Standard was a newspaper in Markdale,Ontario,in Grey County Canada from 1880 until 2012. The paper was continuously published for 132 years with a circulation of 1,300. The paper was known for its longevity and outlasting its peers,in 1880 there were 16 local newspapers in Grey County,but by 1920 only one remained,The Markdale Standard.