Last updated April 28, 2022
Swedish journalist
This article is about the Swedish writer. For the Swedish soccer player, see Thomas Sjöberg.

Thomas Sjöberg, born 1958 in Sweden, is a journalist and author based in Stockholm. [1]

He began his career as journalist in the late 1970s and for several years filled in for others in contributing articles to newspapers such as Expressen , Aftonbladet , Sydsvenska Dagbladet , and Dagens Nyheter . In the mid-1980s he switched to freelance employment and worked for, among others, Nöjesguiden and Elle . He made himself above all known as a writer of personal profiles and wrote a number of notable articles on people such as Berth Milton, Ingmar Bergman, Pierre Schori, Sven-Göran Eriksson, and Lennart Hyland.

Sjöberg has taught biographical journalism and contributed to Swedish television. In the first decade of the 21st century Sjöberg was editor for Scanorama , the in-flight magazine published by the Scandinavian Airline SAS.

Sjöberg has also written several books (see below), the most controversial of which was Carl XVI Gustaf: Den motvillige monarken (Carl XVI Gustaf: The Unwilling Monarch), which alleged that the Swedish king had frequented strip clubs managed by the Mafia. The book was assailed not only for probing into the royal family (traditionally a tabooed subject in Sweden) but also for questions about the anonymity and credibility of the sources. [2] Nonetheless, the book became a national bestseller and in 2013 it was shortlisted by the Association for Investigative Journalism in Sweden as one of the most important revelations the last 25 years. 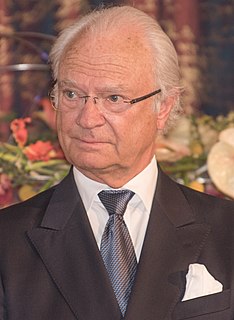 Carl XVI Gustaf is King of Sweden. He ascended the throne on the death of his grandfather, Gustaf VI Adolf, on 15 September 1973.

Feodor Ingvar Kamprad was a Swedish billionaire business magnate best known for founding IKEA, a multinational retail company specialising in furniture. He lived in Switzerland from 1976 to 2014. 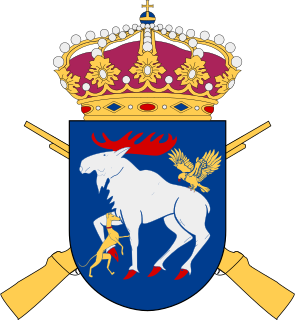 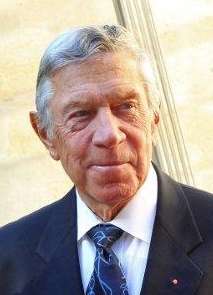 Pelle Helmer Petterson is a Swedish sailor and yacht designer. He is the son of Helmer Petterson and Norwegian-born Borgny Petterson, and studied design at the leading Pratt Institute in New York from 1955 through 1957. He is probably best known for designing the Maxi brand of sailing boats, which are still among the most common sailing boats in Swedish waters. He also designed Volvo's successful sports car, the P1800, while he was a student of Pietro Frua. 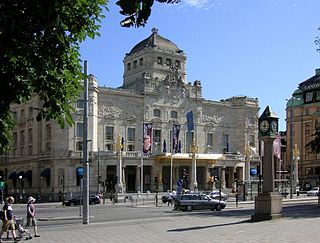 The National Academy of Mime and Acting (NAMA), was a school in Stockholm for acting and mime. This institution was also known under additional different names in English, including Stockholm University College of Acting and Stockholm Academy of Dramatic Arts.

The New Swedish Movement was a far-right political movement in Sweden that emphasized strong Swedish nationalism, corporatism and anti-communism as well as a cult of personality around Per Engdahl.

Attentatet i Pålsjö skog is a 1996 Swedish alternate history novel by Hans Alfredson. In the book a group of Swedish Communists blow up a German train passing through Sweden, killing several hundred German soldiers and Eva Braun who was on board. Adolf Hitler is infuriated and invades Sweden, which surrenders on May 12, 1941. 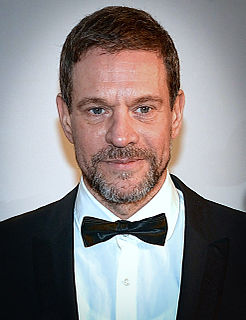 Alexandra Charles is a Swedish former nightclub owner. With her first husband Noël Charles (1940–2013) she opened a membership restaurant-discothèque called Alexandra's in central Stockholm in 1968 which existed in four successive central locations in that city until 1988. They also initially had a club by the same name in his native Barbados.

Milentije Marković, known as Mille Marković, was a Yugoslavian-born Swedish professional boxer, an owner of a sex club, and a convicted criminal and gangster. He died from gunshot wounds to the head on 23 January 2014 in Ulvsunda, a suburb of Stockholm. 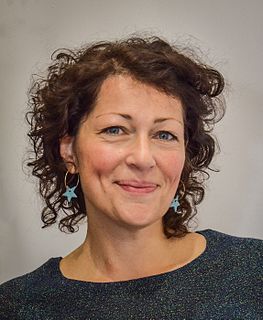 Elisabeth Katherine Åsbrink is a Swedish author and journalist. She made her debut with the book Smärtpunkten - Lars Norén, pjäsen Sju tre och morden i Malexander. The book was nominated for the August prize for non-fiction in 2009, and is translated into Polish.

Tove Cecilia Meyer is a Swedish poet, writer and journalist.