Thomas Smith (1745 – March 31, 1809) was a politician and jurist from Pennsylvania. Smith was born near Cruden, Aberdeenshire, Scotland. He attended the University of Edinburgh, and then migrated to the United States, where he settled in Bedford, Pennsylvania on February 9, 1769. He became a deputy surveyor that same year. Smith then studied law, was admitted to the bar, and began practicing as a lawyer in 1772. He became a deputy register of wills and prothonotary in 1773, and a justice of the peace in 1774.

When the Revolutionary War broke out, Smith served as a deputy colonel of militia. He was a delegate to Pennsylvania's constitutional convention in 1776, and elected as a member of the Pennsylvania House of Representatives from 1776 until 1780. Smith was then chosen to be a delegate to the Continental Congress from 1781 to 1782. He was later a judge of the court of common pleas in 1791, and finally on the Supreme Court of Pennsylvania from 1794 until 1809. Smith died in Philadelphia and was buried in Christ Church Burial Ground.

Thomas McKean was an American lawyer and politician from New Castle, in New Castle County, Delaware and Philadelphia. During the American Revolution he was a delegate to the Continental Congress where he signed the United States Declaration of Independence and the Articles of Confederation. McKean served as a President of Congress. He was at various times a member of the Federalist and Democratic-Republican parties. McKean served as President of Delaware, Chief Justice of Pennsylvania, and Governor of Pennsylvania. He is also known for holding copious public positions.

Benjamin Harrison V was an American planter and merchant, and served as a legislator in colonial Virginia, following a precedent of public service established by his namesakes. He became a Founding Father of the United States and also was elected as Virginia's governor (1781–1784). 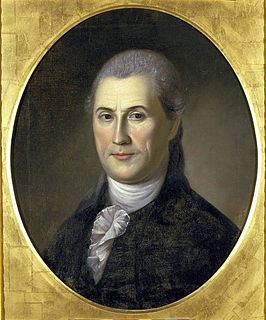 Samuel Huntington was a jurist, statesman, and Patriot in the American Revolution from Connecticut. As a delegate to the Continental Congress, he signed the Declaration of Independence and the Articles of Confederation. He also served as President of the Continental Congress from 1779 to 1781, President of the United States in Congress Assembled in 1781, chief justice of the Connecticut Supreme Court from 1784 to 1785, and the 18th Governor of Connecticut from 1786 until his death. 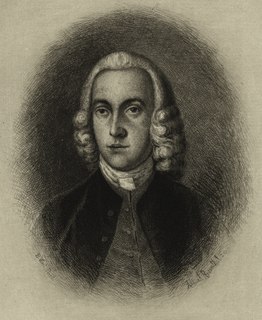 George Ross Jr was a signer of the Continental Association and the United States Declaration of Independence as a representative of Pennsylvania. He was also the uncle of the man who married Betsy Griscom in 1773, giving her her famous married name: Betsy Ross. In 1952, he, George Washington, and Robert Morris appeared on a three-cent stamp commemorating Betsy Ross. 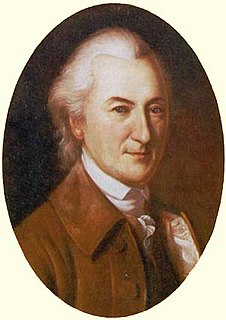 John Dickinson, a Founding Father of the United States, was a solicitor and politician from Philadelphia, Pennsylvania, and Wilmington, Delaware, known as the "Penman of the Revolution" for his twelve Letters from a Farmer in Pennsylvania, published individually in 1767 and 1768. As a member of the First Continental Congress, where he was a signee to the Continental Association, Dickinson drafted most of the 1774 Petition to the King, and then, as a member of the Second Continental Congress, wrote the 1775 Olive Branch Petition. When these two attempts to negotiate with King George III of Great Britain failed, Dickinson reworked Thomas Jefferson's language and wrote the final draft of the 1775 Declaration of the Causes and Necessity of Taking Up Arms. When Congress then decided to seek independence from Great Britain, Dickinson served on the committee that wrote the Model Treaty, and then wrote the first draft of the 1776–1777 Articles of Confederation and Perpetual Union.

Philemon Dickinson was an American lawyer and politician from Trenton, New Jersey. As a brigadier general of the New Jersey militia, he was one of the most effective militia officers of the American Revolutionary War. He was also a Continental Congressman from Delaware and a United States Senator from New Jersey. 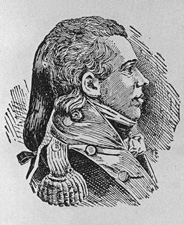 Samuel White was an American lawyer and politician from Wilmington, in New Castle County, Delaware. He was a member of the Federalist Party, who served as U.S. Senator from Delaware.

The Lee Resolution was the formal assertion passed by the Second Continental Congress on July 2, 1776 which resolved that the Thirteen Colonies in America were "free and independent States", separated from the British Empire and creating what became the United States of America. News of this act was published that evening in the Pennsylvania Evening Post and the next day in the Pennsylvania Gazette. The Declaration of Independence is the formal document which officially announced and explained the resolution, approved two days later on July 4, 1776. 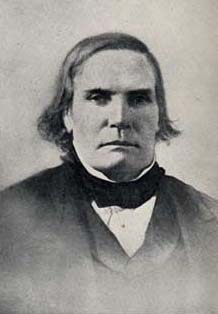 Jesse Burgess Thomas was an American lawyer, judge and politician who served as a delegate from the Indiana Territory to the tenth Congress and later served as president of the Constitutional Convention which led to Illinois being admitted to the Union. He became one of Illinois' first two Senators, and is best known as the author of the Missouri Compromise of 1820. After his retirement from the U.S. Senate in 1829 he lived the rest of his life in Ohio.

Ezekiel Whitman was a Representative from Maine, both when it was the District of Maine within Massachusetts and after it became an independent state. He was born in East Bridgewater in the Province of Massachusetts Bay on March 9, 1776. He graduated from Brown University in 1795. He studied law, was admitted to the bar and practiced in New Gloucester, Maine and in Portland, Maine.

George Washington Woodward was a Democratic member of the U.S. House of Representatives from Pennsylvania.

Thomas Hale Sill was a Jacksonian and National Republican member of the U.S. House of Representatives from Pennsylvania.

Thomas Burnside was an American politician and judge who served as a Democratic-Republican member of the United States House of Representatives for Pennsylvania's 9th congressional district from 1815 to 1816 and as an associate justice of the Supreme Court of Pennsylvania from 1845 until his death in 1851.

Thomas Monteagle Bayly was an eighteenth and nineteenth century politician, lawyer and planter from Virginia. He was the father of Thomas Henry Bayly. 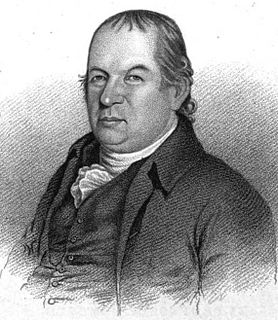 John Treadwell was an American politician and the 21st Governor of Connecticut. 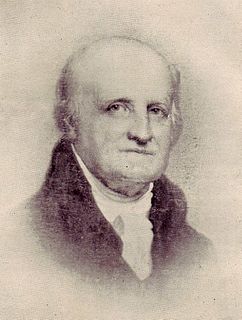 The signing of the United States Declaration of Independence occurred primarily on August 2, 1776 at the Pennsylvania State House, Independence Hall in Philadelphia, Pennsylvania. The 56 delegates to the Second Continental Congress represented the 13 former colonies which had declared themselves the "United States of America," and they endorsed the Declaration of Independence which the Congress had approved on July 4, 1776. The Declaration proclaimed that the former Thirteen Colonies then at war with Great Britain were now a sovereign, independent nation and thus no longer a part of the British Empire. The signers’ names are grouped by state, with the exception of President of the Continental Congress John Hancock; the states are arranged geographically from south to north, with Button Gwinnett from Georgia first, and Matthew Thornton from New Hampshire last.

William Greene Jr. was the second governor of the state of Rhode Island, serving in this capacity for eight years, five of which were during the American Revolutionary War. From a prominent Rhode Island family, his father, William Greene Sr., had served 11 terms as a colonial governor of Rhode Island. His great-grandfather, John Greene Jr. served for ten years as deputy governor of the colony, and his great-great-grandfather, John Greene Sr. was a founding settler of both Providence and Warwick.